Fingernails are often treated as an extension of ourselves when showcasing beauty and creativity.

We change our polish colors with the seasons and keep our fingernails neat and trimmed. If you’re like me, you’ve always wondered what our nails are made of.

Here’s Whether Fingernails are Alive or Dead:

Fingernails are technically neither living nor dead. This is because they are made from protein which is considered a living thing. However, the fingernails you see on the surface of your skin are comprised of proteins made from dead cells. 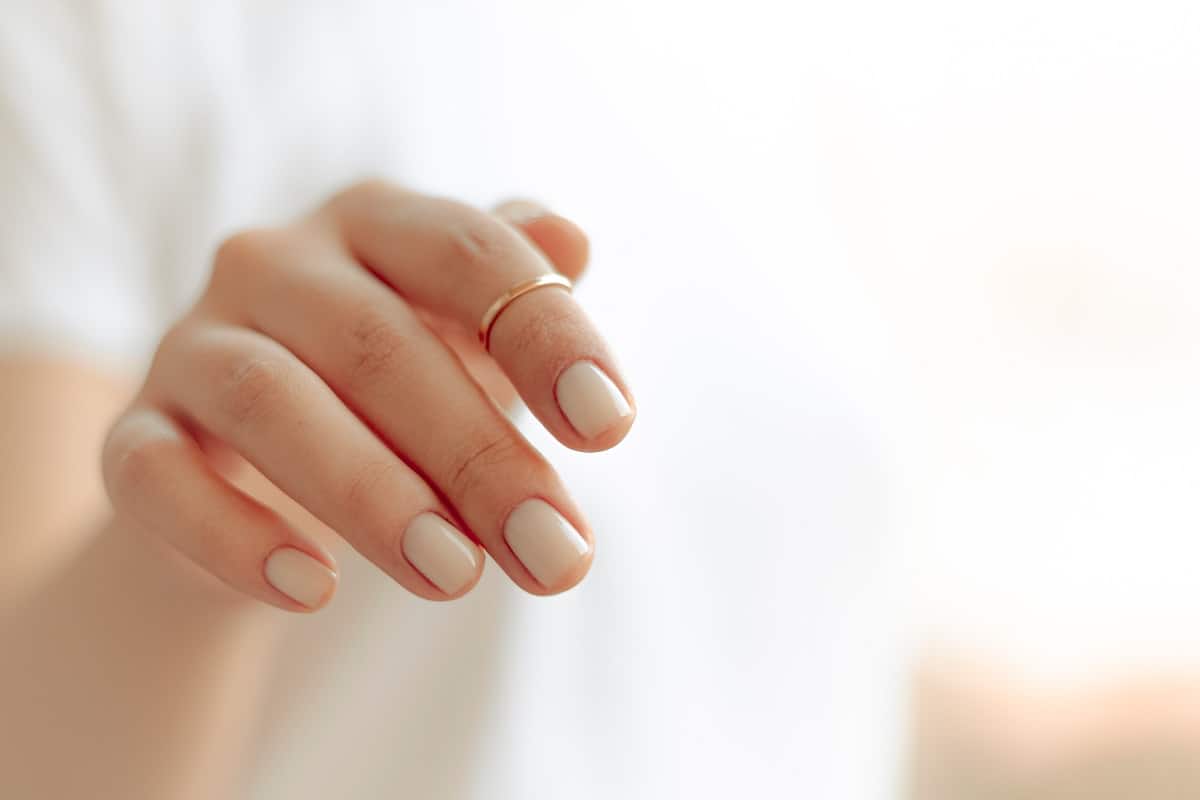 What are Fingernails Made of?

To understand how fingernails work and grow, you must first know what they are made of. Most people are under the impression that fingernails are an extension of bone; however, that isn’t the case.

Fingernails are made up of a protein-enriched substance called Keratin.

Keratin is a protein that is naturally produced in our bodies. Keratin can be found in some of the cells of our bodies, like the ones that are found beneath the surface of our nail beds.

As new Keratin starts to form, it pushes out the old protein cells at the base of the nail, which form into a nail as it grows over your finger.

Because Keratin is a rich protein, it allows the nail cells that push through to be hard and strong.

Did you know there there are two types of Keratin that work together to form your nails?

This is why your nails appear to be hard as nails but can still break and become brittle over time. The coolest part is that humans are not the only ones with this special protein either.

Keratin is what makes nails form on other animals too. This is what forms claws and even hooves. So, in short, fingernails are just old cells that form under the base of our nails that are being pushed out to promote new cell growth.

Fingernails are technically neither living nor dead. This is because they are made from protein which is considered a living thing.

However, the fingernails you see on the surface of your skin are comprised of proteins made from dead cells. So, if you want to split hairs, there is no way that fingernails can be “living” if they are formed out of a dead cell.

Another reason fingernails can sometimes be “living” is that while the cells are dead, fingernails can still hold nutrients, which is a trait of only living things. Fingernails have residual nutrients left over from when they were forming under the nail bed, and don’t necessarily mean that they are absorbing any nutrients.

At first, this fact was a little confusing to me because we are taught that to care for our nails, we must treat them with oils and serums that add nutrients to the nail. However, you aren’t introducing nutrients and moisture into the nail itself but instead to the cuticle’s base.

Science classifies “living” things not by whether or not they are currently living but by if they were ever alive. So, in the case of fingernails, they would be classified as “living.”

This is because while they now are dead cells, they once developed and grew using energy and resources, which is all a living thing needs.

What Part of the Nail is “Alive?”

Did you know that the nail starts to grow first under the skin? These cells that are found under the skin, or the dermis, are still alive.

While most of the nail that you see is no longer alive, some people have some living nail visible.

Some people have a clear half-moon shape that is a milky white color that you can find right at the base of the nail where your nail grows. This part of the nail is often referred to as the Lunula.

This is the only part of a viable nail that would be considered to still be alive, and not everyone can see it on themselves.

Further down from this half-moon part of the nail is the nail base itself. While there are no nails visible at this part of your nail, the cells that have formed underneath are alive.

This Keratin protein forms under the skin and will eventually be pushed to the skin’s surface as new cells grow underneath.

Further down is the Proximal Fold.

This is where you will see skin flaking or hangnails if the cuticle isn’t cared for properly. While some people think this part of the nail is a cuticle, it is the sensitive skin that leads up to the cuticle.

Bed of the Nail:

Lastly, you have the bed of the nail.

This is the layer of skin that is found right under the tip of your nail. While the skin underneath is very much alive, the actual tip of the nail that sits on top of the nail bed is no longer living cells.

This frequently can also be the most sensitive part of the fingernail because of the dirt and bacteria that can get trapped under the nail.

Are Fingernails Made of the Same Materials as Hair?

Fingernails and hair are made from the tough protein substance Keratin.

Both hair and nails grow when the cells found beneath the surface die and have to make way for new cell growth. This is done by pushing out the dead cells made from Keratin to form hair and nails.

The most notable difference is the texture. While hair is stringy and soft, fingernails are tough.

The reason why Keratin produces in different ways for both hair and nails is because of the layers of skin that are found beneath them. Nails grow in almost a “shingle” pattern, which layers the cells on top of each other.

This is why nails grow out to be really strong. This is because there are layers of this protein growing right on top of each other, which gives them their rigid structure.

However, hair grows out of thinner layers of skin on top of the head that doesn’t get “shingled” on top of each other. This is why hair grows out to be softer, longer, and more fragile than fingernails.

So, while fingernails and hair are technically made from the same materials, the process of growth is totally unique for each one which produces a different result.

Will Dead or Broken Nails Grow Back?

As mentioned, visible nails are no longer living, so if they break or chip, it doesn’t damage your body.

So, if you break a nail, don’t panic. It will only take a couple of months for your nail to grow from the nail base to replace that broken part of the nail.

A dead nail is most commonly caused by force, meaning that you either jammed your finger into something or dropped something heavy on the nail. The first sign that you have killed the nail will be seeing an almost instant color change from a translucent pink to a dark purple.

Once a nail is damaged all the way to the living nail, it is only a matter of time before it falls off. This is because you have damaged the root where new cell growth starts.

While having a nail falloff is terrifying, rest easy knowing that it will grow back. Most people choose to bandage or wrap up their fingernails until new cells start to grow, but it isn’t as easy as you think.

In the case of a dead nail that has fallen off, you will have to wait for up to 8 months for the nail to fully form. The worst part about this, besides the waiting, is that this leaves the skin under your nail exposed.

This skin is so sensitive and will be sore to every little touch. If you can smile through the discomfort, it is only a matter of time until you are rocking a full set of nails again.

How Long Does It Take For Fingernails To Grow Back?

What Are Nails Made Of & Why Do We Have Them?