As one of the most popular and reputable luxury designer brands out there, Gucci commits to its customers to uphold the brand standards and maintain consistency in the quality of its products.

The best way to do this is by streamlining the production and making the products themselves. This gives Gucci full control of the process.

Here’s What You Need to Know about Gucci’s Production Process:

Gucci manufactures most of its products, including the materials. When the first-ever Gucci store opened in Florence, the founder Guccio Gucci also opened a small workshop and hired local artisans to create products for the brand. Today, some products or materials are manufactured outside of Italy. 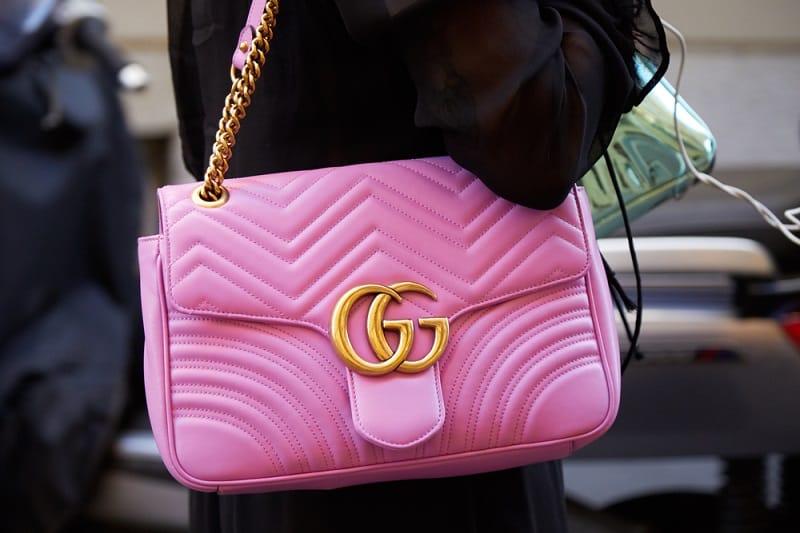 Does Gucci Produce Its Own Clothes?

Gucci does produce its own clothes. All Gucci clothes are produced in Italy.

Gucci has a few manufacturing sites in Italy dedicated to producing clothes exclusively for the brand.

Gucci can ensure that each piece of clothing passes quality control and the brand’s high standards by having its own manufacturing sites for clothes.

For more information on how Gucci makes its products in Italy, you can read more here!

Does Gucci Produce Its Own Watches?

Gucci is the first-ever luxury designer brand that ventured into selling watches.

Gucci does produce its own watches, but they are not made in Italy. They are made in Switzerland.

As one of the world’s fashion capitals, Italy is generally known for manufacturing good quality clothes, shoes, bags, and leather goods.

The production of watches and timepieces is not Italy’s forte. This is why Gucci has decided to leave it all up to the experts in the industry – the Swiss.

The first collection of Gucci watches was launched in 1972. These pieces were made in Gucci’s atelier located in La Chaux-de-Fonds, a Swiss city near the French border.

If you examine a Gucci watch closely, then you will see that it has Swiss-made labels. All the parts of Gucci watches, including the internal components, are manufactured in Switzerland.

Does Gucci Produce Its Own Fabric?

Some fabrics are produced by Gucci, while third-party suppliers produce others.

Most of the fabrics used by Gucci in its products are made in the company’s manufacturing sites in Prato, a city in the Tuscany region of Italy.

Prato is also known as the largest textile district in Europe. This city is comprised of over 7,000 companies that are involved in the fashion industry.

However, there are still some materials that Gucci does not produce. One example of this is cotton.

The cotton fabrics Gucci uses for its clothes are produced by Supima, an American cotton company. This company produces cotton fabrics that are of superior quality.

Does Gucci Have Its Own Factories?

Gucci owns the majority of the manufacturing sites and suppliers for its products. This ensures that all the pieces made in these factories pass Gucci’s quality standards.

Most of Gucci’s manufacturing sites are located in Italy, specifically in the Scandicci, Tuscany, and Marche regions.

Gucci also has one manufacturing site in Spain dedicated to assembling footwear and an atelier in Switzerland for producing watches.

Last year, Gucci also opened a new manufacturing site in Trecate. This city is located in the Piemonte region of northern Italy.

This was a strategic location as it is close to Milan, where the brand’s headquarters is located.

Which Gucci products are handmade? We wrote an article about it!

Does Gucci Outsource Any Products?

As a brand that promises excellence in product quality, Gucci outsources some of its product lines to third-party companies that are world leaders in their industry.

Here are the products that Gucci outsources:

Perfume and cosmetic products made for Gucci are specifically produced in Coty’s manufacturing site in France.

The production of Gucci eyewear is outsourced to Safilo Group, which is an Italian company.

Safilo Group is a worldwide leader in the industry. It makes prescription eyewear, sunglasses, ski goggles, and sports eyewear.

Where Exactly Are Gucci’s Products Made?

Most of Gucci’s products are made in Italy as an Italian brand.

Gucci has manufacturing sites where all of its bags and clothes, and some of its shoes, are produced. These sites are located in Italy’s Scandicci, Tuscany, and Marche regions.

Do Gucci’s Production Partners Also Manufacture For Other Brands?

To streamline the production process of Gucci products, the brand owns most of its manufacturers.

We do know that it outsources some of its products and materials to third-party companies or manufacturers. Gucci’s production partners also manufacture for other brands in the luxury fashion industry.

Here is a list of known Gucci production partners that also work with other brands:

This company manufactures eyewear for Gucci and other luxury brands owned by Kering, such as Yves Saint Laurent, Balenciaga, Bottega Veneta, Alexander McQueen, and Puma.

As a leading company in the beauty industry, Coty’s brand portfolio includes many big and reputable companies that sell perfume and cosmetics.

This company is known for producing high-quality cotton fabrics.

Apart from Gucci, this American company is also the supplier of cotton fabrics for other brands like Prada, Dior, Michael Kors, Ralph Lauren, and Hugo Boss.

This company is a Japanese manufacturer of zippers and is known as one of the best in the world. YKK manufactures zippers for Gucci bags.

It also manufactures zippers for other brands like Prada, Burberry, Balenciaga, and many other fashion brands, from luxury ones to mid-scale ones.

Where Is Gucci Made & Why Is It So Expensive?

Where Is Gucci Made? Is It In Italy?

Where Are Gucci Watches Made? Some Examples