Luxury designer brands like Gucci are known for their hefty product price tags.

As one of the most renowned luxury brands out there, Gucci embodies exclusivity.

Even with how expensive luxury branded goods already are, it seems that their prices have been increasing steadily.

Why Gucci Products are Getting More Expensive:

Many sources found that Gucci has been gradually increasing the prices of its popular items during the past three years. The price increase was done in small increments and was likely caused by the secondhand luxury goods market boom. 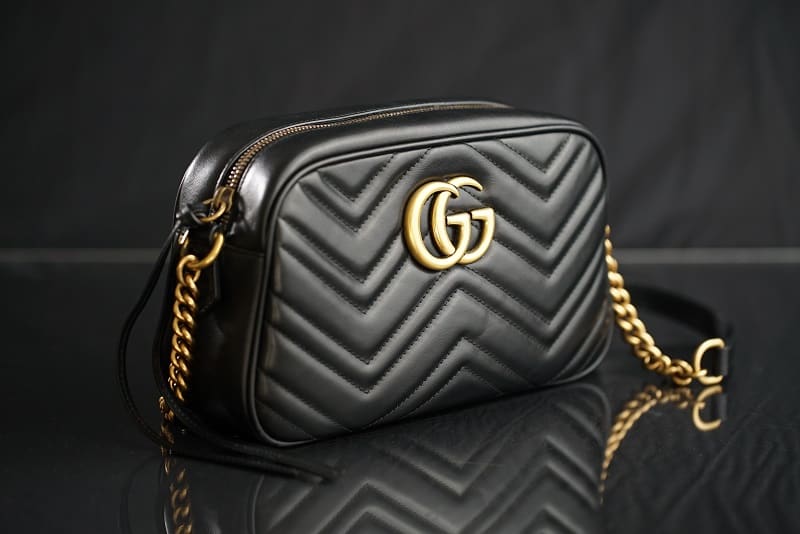 Are Prices Of Gucci Products Going Up?

Many people have been patronizing preloved luxury leather goods in different e-commerce websites and online community marketplaces, which has somehow forced Gucci to become more competitive.

Another reason for the increasing prices is that Gucci, like most luxury brands, wants to be more exclusive. In the luxury sector, the more inaccessible a brand is, its value will be higher.

Is Gucci Getting More Expensive Than Similar Luxury Brands?

While Gucci products have been steadily becoming more expensive, similar brands have also increased their prices.

This year, Louis Vuitton announced that they would implement a price increase of up to 9% in their products.

Shortly after, Hermès announced that they would increase their prices by as much as 10%.

Even though Gucci has increased the prices of their products, they are still more affordable compared to Louis Vuitton and Hermès products.

Here are 4 Brands That Cost More than Gucci if you want more information!

What Gucci Products Are Getting More Expensive?

Gucci has been slowly increasing the price of its popular bag designs in the past few years.

Some had a slight price increase, while some had an increase of as much as 20%.

Here are some of the Gucci products that have gotten more expensive over the years:

What Are The Most Expensive Luxury Brands?

Gucci is just one of the world’s most expensive luxury fashion brands.

There are several other brands out there that are as expensive as Gucci, if not more.

Here are the most expensive luxury brands in fashion:

This brand had its humble beginnings in Paris as a leather goods shop.

It was established in 1837 and expanded a lot in the following years, becoming one of the most luxurious fashion houses in the world.

Hermès bags typically start at $3,700. Depending on the rarity, an Hermès bag can cost as much as $400,000. The most expensive piece ever sold was the Sac Bijou Birkin, which was priced at around $2 million.

This bag is made from rose gold and encrusted with over 2,700 diamonds.

Since then, these bags have become a luxury status symbol coveted by wealthy women.

It was established in Paris in 1910 and has been one of the top luxury fashion brands since then.

Chanel bags typically cost anywhere from $4,000 to $9,000. These bags feature a chic and feminine Parisian aesthetic; most come in solid colors. Each piece looks subtle yet glamorous.

The most expensive Chanel bag ever sold was the Diamond Forever, which was studded with 334 pieces of diamonds. It was priced at $261,000.

The brand’s most popular bag is the Double Flag Bag, which comes in many colors and variants.

It features the brand’s signature quilted design. It also has a chain strap and the CC monogram on the flap.

Any luxury fashion fan out there should know this brand.

Louis Vuitton is another French luxury brand that was founded in Paris. It was established in 1854 as a luxury leather goods shop manufacturing travel luggage pieces.

The brand’s signature LV monogram pattern came out in 1896, and since then, it has become a constant feature in many of its products. Louis Vuitton bags start at $2,000 and can cost as much as $10,000.

Louis Vuitton has released numerous bag designs over the years, but its most popular ones include the Neverfull tote and the Speedy handbag.

These bags are known for their classic silhouettes and very good resale value.

Can You Expect A Gucci Bag To Keep Its Value?

Gucci bags keep their value quite well, although it may vary depending on the style.

In general, Gucci bags can keep their value up to 80%. This is good if you plan on reselling your Gucci bags.

Even if they are preloved, you can sell them for a good price if you keep them in great condition.

The limited editions of popular designs even tend to increase in value. These bags can retain 100% to 120% of their value as long as they are in excellent condition.

So if you own a Gucci bag or plan to buy one any time soon, make sure to take good care of it so it can hold its value over time.

Want to know if Gucci Bags Hold Their Value? (We Checked)

Why Is Gucci So Expensive? Most Detailed Answer In 8 Steps

Why Do Luxury Brands Increase Their Prices Every Year?

Gucci Just Increased Prices On Some Of Its Most Popular Bags