In the realm of luxury fashion, Prada is one of the most well-known names in the industry.

Prada, headquartered in Milan, is a high-end fashion label, and the brand is known for its high-end products, including shoes, bags, and accessories. Prada has a rich history and owns its own brand.

Here’s Why Prada Owns its Own Brand: 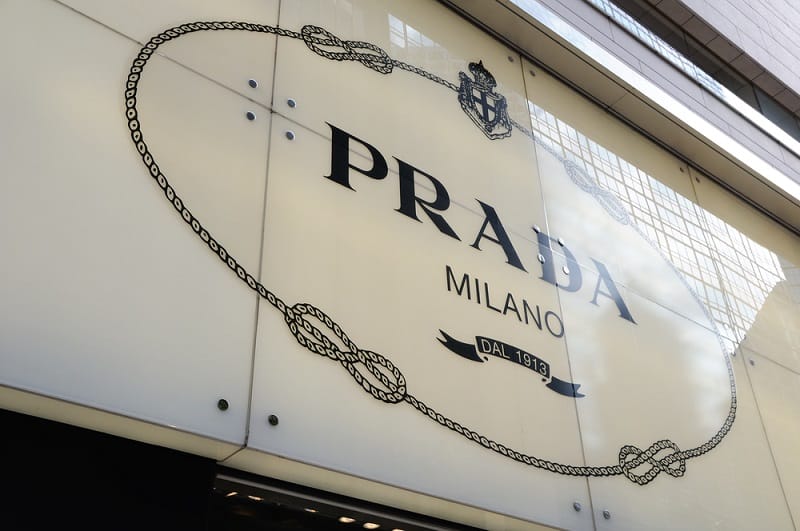 Is Prada a Part of Any Group?

Prada is not part of another brand but has sister companies.

Prada is a luxury brand making high-end shoes and accessories for over a century. They are known for their sleek, minimalist designs, which are often inspired by the latest runway trends and incorporate the highest quality materials.

There are some implications of being part of a larger group, but Prada has remained independent despite being linked to a handful of different interests.

In 1993, Prada created its Miu Miu line of accessories and ready-to-wear clothing for women. Then in 1999, Prada introduced its first men’s collection under the label Church’s, named after the shoe design firm founded in 1873 by Thomas Church.

Is Prada a Part of LVMH in Any Way?

LVMH does not own Prada in any way. The two companies indeed share a history, but Prada has always been a privately-owned company.

LVMH Moët Hennessy Louis Vuitton is a French multinational luxury goods group that owns and manages a diverse portfolio of brands. In 1987, Louis Vuitton merged with the champagne and cognac manufacturers Moët & Chandon and Hennessy to form the modern-day conglomerate LVMH.

LVMH remains one of the world’s largest luxury groups, operating in five main divisions, including fashion and leather goods, wine and spirits, cosmetics and beauty products, perfumes and cosmetics, watches, and jewelry.

It owns many well-known brands, such as:

Luxury goods are designed, produced, and sold by the Christian Dior Couture group, including purses, shoes, and other accessories produced by the Fashion & Leather Goods division.

In addition, a wide range of wines and other alcoholic beverages are made by the Wines & Spirits division. Christian Dior also sells cosmetic products and fragrances.

In 1925, in Rome, Italy, fashion designer Edoardo Fendi started a company that would become known worldwide. In addition to using high-end materials like fur and leather, Fendi is also known for its exquisite craftsmanship.

The luxury brand Givenchy has been around since 1952, and the company is known for its iconic designs and high-end pricing.

Tiffany & Co. is a jewelry company that sells high-end products.

Their most famous product is their iconic Tiffany blue boxes, which they use to package all of their jewelry. They also sell watches and other accessories.

The name “Bulgari” is synonymous with fine jewelry, timepieces, and accessories. Their products have a reputation for excellence thanks to their meticulous craftsmanship.

Sotirio Bulgari, who originally worked as a silversmith before branching out into jewelry, founded the company in 1884.

The company also sells its own private-label collections of clothing, accessories, and home furnishing products.

Celine is a high-end fashion house that caters to consumers all over the world by providing them with exquisite bags, shoes, and accessories.

The business was established in 1945 by Céline Vipiana and had its headquarters in Paris, France.

Is Prada a Part of Kering in Any Way?

Kering does not own Prada in any way. Kering and Prada are two of the most well-known luxury brands in the world.

However, they have very different styles and business models. While Prada has always been known for its avant-garde, minimalistic fashion designs, Kering’s portfolio is more diverse.

It is one of the global industry’s most successful players, with a portfolio of brands that includes:

In addition to clothing, Gucci also offers a wide selection of accessories.

High-end consumers are drawn to Gucci because the brand positions itself as a luxury label and sells products at premium prices.

Balenciaga is a luxury brand that sells accessories, clothing, and shoes.

The company was founded in 1919 by Cristóbal Balenciaga, who was known for his innovative designs.

The French luxury jewelry brand Boucheron was founded by Frederic Boucheron in 1858.

It was in 1966 that Michele Taddei and Renzo Zengiaro, two Italians, established the company that would become the brand.

Is Prada a Part of L’oréal in Any Way?

Prada is not a part of L’Oréal in any way.

However, Prada S.p.A. and L’Oréal have entered into a long-term license agreement to develop, produce, and sell Prada-branded luxury beauty products. Due to the terms of this agreement, the two businesses will be able to pool their resources and knowledge to serve the market better.

L’oreal is a French cosmetics company with a long history of innovation and success. They have a wide variety of cosmetics, skincare, and hair care items, and they export to over 130 countries.

Currently, the company is owned by Miuccia Prada and her husband Patrizio Bertelli, both co-CEOs.

In addition to being CEO of Prada, Miuccia is the creative director of the Italian handbag and fashion label Miu Miu.

Miuccia Prada, the youngest granddaughter of Mario Prada, turned the family business from a maker of leather goods into a major player in the ready-to-wear industry.

Patrizio Bertelli is the co-CEO of Prada alongside his wife. He began his career in the luxury leather business and later joined Prada as a partner. Patrizio pushed Prada to expand beyond luggage, handbags, and steamer trunks.

Who Has Owned Prada Historically?

The Prada brand has been in the hands of the same family for over a hundred years. It was founded by Mario Prada and his brother Martino in 1913.

It started out as a leather shop, but it has since become one of the most prestigious labels in the world. The original family still owns and manages the business as it has for decades.

Mario’s son showed no interest in running the business, so his daughter Luisa took over after him.

She ran it for almost 20 years before handing over control to her daughter, Miuccia Prada, in 1978, who remains at its helm today.