Michael Kors is an American luxury brand that is named after its designer. It was founded in 1981 in New York.

Michael Kors specializes in clothes, shoes, bags, and accessories for men and women. At the same time, significantly newer in the industry compared to the other and more established brands, Michael Kors is still a renowned luxury brand.

If it were to be compared to Prada, Michael Kors is the more affordable brand.

Prada vs. Michael Kors: Which Luxury Brand Is More Expensive?

Prada is much more expensive than Michael Kors. While both brands sell high-end and good-quality products, Prada products can be twice or even ten times as pricey as Michael Kors. Prada tends to be exclusive, while Michael Kors is more easily accessible because of their relatively lower prices. 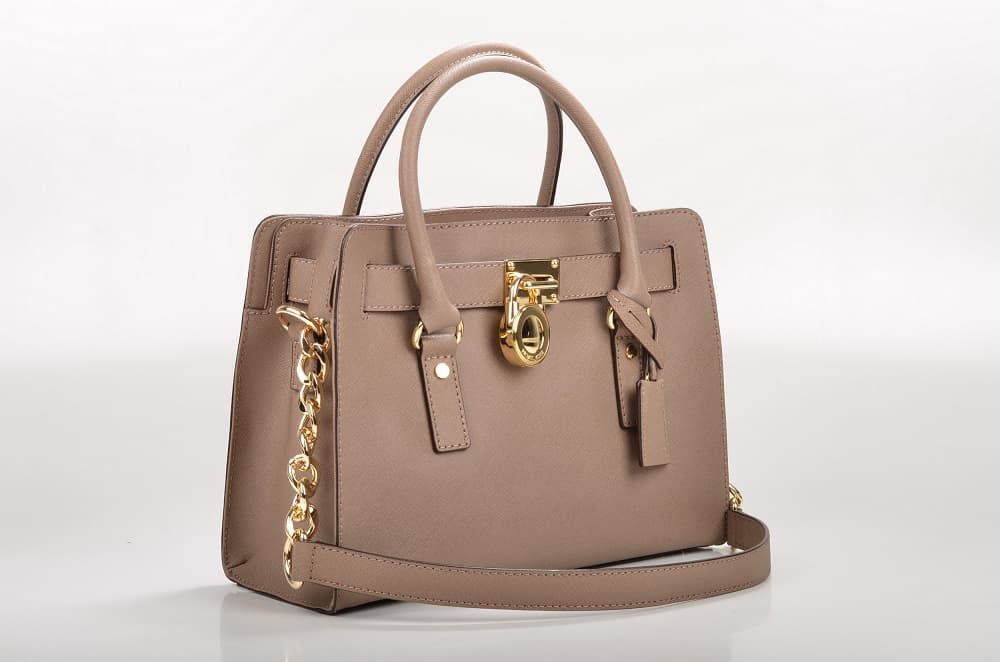 When it comes to bags, both Prada and Michael Kors sell good-quality bags made from fine leather. Both brands manufacture durable bags that are known to last for years.

However, the similarities between these two brands do not go beyond that, as Michael Kors bags are significantly cheaper than Prada’s.

While both brands use good quality leather, Prada has its signature leather which is the Saffiano leather. This leather is known to be extremely durable and very high quality. It is also known to be water-resistant and scratch-resistant.

The most affordable Michael Kors bag that you can purchase only costs $198, which is the Jet Set Medium Logo Stripe Camera bag. This bag is a regular crossbody bag, but it is roomy enough to carry a compact camera made of coated canvas with leather trims.

Meanwhile, the most affordable Prada bag of the same style is the Saffiano Leather Card Holder, which costs $1,170. It is technically a bag, but it is so small that it can barely fit a regular-sized wallet. It can only carry small items like your keys and some cash.

For handbags, the most affordable one you can get from Michael Kors is the Jet Set Charm Small Nylon Gabardine Shoulder Bag. This bag costs only $150. It looks the same as the Prada Re-Nylon Re-Edition 2000 Mini Bag, which is priced at $1,290.

Like Prada, Michael Kors has a good collection of women’s ready-to-wear clothing items with many options for tops, pants, dresses, outwear, swimwear, and athletic wear.

Prada products are much more expensive for women’s clothing than Michael Kors.

At Prada stores, the cheapest women’s clothing item you can get costs $750: the Interlock T-Shirt, a plain black cropped t-shirt. Meanwhile, at Michael Kors, a basic white cotton t-shirt is only $58. Branded Michael Kors t-shirt that features the MK logo only costs $78.

The most expensive Prada clothing item for women is the Black Embroidered Quilted Re-Nylon Bomber Jacket. This extravagant jacket costs $15,000.

Meanwhile, most of Michael Kors’s womenswear collection items are priced between $100 and $700, with only two items priced above $1,000, which are leather jackets.

Since Michael Kors is also a menswear designer, this collection of clothing items for men is quite good. The collection includes polo shirts, t-shirts, sweatshirts, trousers, shorts, suits, blazers, and swimwear.

Michael Kors is your best bet if you want affordable designer clothes.

Michael Kors menswear starts at less than $50, which gets you cotton t-shirts with the MK logo at the center. This shirt is available in dark blue and white.

The trousers and pants from Michael Kors start at $80, with the other items priced between $150 and as much as $800. The most expensive clothing item for men on the website and in stores is the Wool and Cotton Shearling-Lined Coat which originally cost $3,990, but you can get it on sale for more than 50% off.

The products from Prada’s menswear collection start at $775, with the most affordable being the Pique Polo Shirt. This is a plain polo shirt that you can get in three colors.

Similar to other products, Prada shoes are much more expensive than Michael Kors shoes.

The cheapest shoes from Prada are rubber slides that cost $525. These slides come in several colors and feature the signature triangle log.

Meanwhile, the rubber slides from Michael Kors only cost $75 to $85, and if you would look at the website right now, some of them are on sale for less than $50.

Even though Prada did not start as a shoe brand, it has a good collection of sneakers that are said to be of the best quality in the luxury fashion sector. Prada sneakers start at $695, and the most expensive ones cost $1,895.

Meanwhile, the cheapest sneakers from Michael Kors are the Keaton Embellished Crocodile Embossed Slip-On Sneakers which cost $135. The most expensive Michael Kors sneakers are the Muse Metallic Logo Trainers, which only cost $255.

Some of the most popular Michael Kors products are wallets made of fine leather and come in many sizes, styles, and designs.

Comparing them with Prada, Michael Kors wallets are more affordable.

The cheapest wallet you can purchase from Michael Kors is the Piper Pebbled Leather Zip Card Case which costs $128. It is both a cardholder and a coin pouch.

It comes in four neutral colors and monogrammed variants. The rest of the wallets from Michael Kors come in a price range of between $150 and $300.

Meanwhile, the cheapest wallet you can get from Prada is the Saffiano Leather Card Holder. This item costs $395 and is available in different colors. It features the Prada triangle logo at the center.

The prices of the other Prada wallets start at $700 for the smaller wallets and wristlets, while the bigger ones can cost as much as $1,500.

As for hats, Prada has a good collection of them with different designs, styles, and colors available.

Most of them are considered luxury items because of the materials used. Michael Kors has a smaller collection of more casual hats and is great for everyday wear.

If you are looking for good-quality leather belts at affordable prices, then Michael Kors belts are a good option. They are at least six times cheaper than Prada belts.

Prada belts start at $625, while the most expensive ones cost $3,000. Michael Kors features several belts priced between $128 and $178. However, some belts are on sale, and you can get them for less than $50 at the Michael Kors website.

Prada and Michael Kors sell an assortment of jewelry, like earrings, bracelets, and necklaces, but the ones from Michael Kors are more affordable.

Most of the jewelry in Prada’s collection is gold, which explains why they are more expensive. Michael Kors’s jewelry is made from sterling silver or gold-plated stainless steel.

Like Prada, Michael Kors also offers fragrances for men and women. These brands are at the same price point when it comes to fragrances.

The most expensive Prada fragrances are the 100ml bottles of the Infusion Collection which cost $160 for each bottle. For Michael Kors, it is the Gorgeous! and Super Gorgeous! Eau de Parfum for $122 for a 100ml bottle.

The most affordable Prada fragrances for men are from the Luna Rossa collection, priced at $80 for a 50ml bottle. The most expensive men’s perfume is the L’Homme Prada Eau De Toilette which costs $105 for a 100ml bottle.

Meanwhile, only three items are in the men’s perfume collection at Michael Kors. All variants come in a 100ml bottle priced at $88 each.

Why Are Prada Products More Expensive Than Michael Kors products?

While Michael Kors belongs to the luxury fashion industry just like Prada, you would see that their products are significantly more affordable.

Prada is more expensive than Michael Kors because it is a more established brand.

Prada was founded in 1913 and has been around for over a hundred years. Michael Kors is relatively new in the industry compared to Prada and other luxury fashion brands.

Michael Kors has a market with a wider variety of demographics, with customers aged 25 to 60 years old. The brand’s strategy is to target younger but affluent customers with an annual income of at least $50,000. Meanwhile, Prada tends to be more exclusive as it targets wealthier customers with a much higher income.

Even though Prada’s revenue is higher than Michael Kors’s, we can say that Michael Kors sells more products.