“Right back at you” is often used in casual conversation to indicate that the speaker agrees with or shares the same sentiment as the person they are speaking to.

It is similar in meaning to phrases like “me too” or “same here.”

For example, if someone says, “I love pizza,” and you agree, you might respond with, “Right back at you!”

This phrase is often used in a playful or lighthearted manner and shows solidarity or support. It can be used in various contexts and is a common phrase in colloquial English.

Here’s What “RIGHT BACK AT YOU” Means:

When someone says “right back at you,” they turn whatever statement or energy you gave them back to you. It can be confusing to understand the subtext of such a deadpan reply. However, whether or not this is a positive thing completely depends on the context of the conversation. 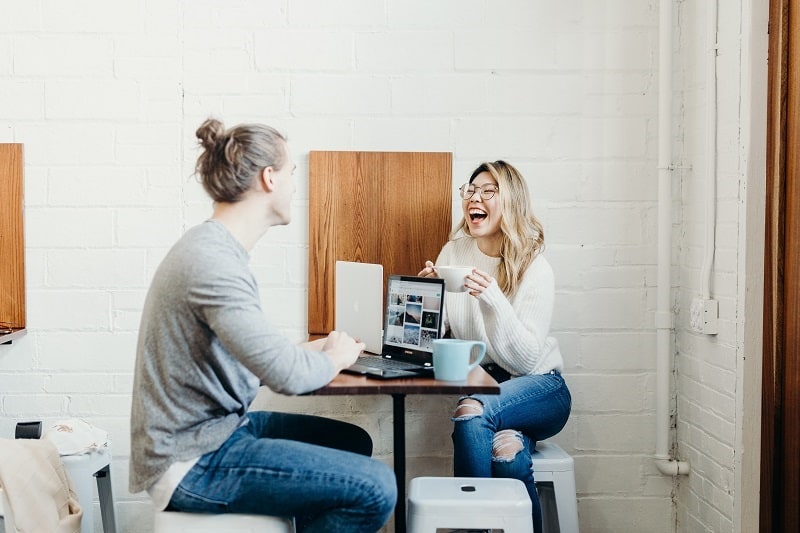 What Is Another Way To Say “Right Back At You”?

Saying “right back at you” is a great way to return someone a compliment or a living phrase.

This isn’t the only way to give someone back what you are receiving.

Another popular turn of phrase is “ditto.” When someone says “ditto,” they are either agreeing with your previous statement or trying to relate to the experience you are going through.

One of the most popular ways that some people use “ditto” is after someone says, “I love you.”

While sometimes this phrase can come across as a little passive-aggressive, it is actually just shorthand for affection.

Another common way to say “right back at you” is to say “touche.” However, this popular saying tends to have an underlying meaning, which can sometimes be perceived as being nasty.

But, most of the time, when someone comes back with a “touche,” it is because they appreciate your point.

Touche doesn’t directly mean that you feel the same.

It is much more of an acknowledgment that you have made a good point, or you used a turn of phrase that is quite clever to the original conversation.

These days it is important to note that most people prefer shorter interactions to get to the point quicker. This is why people nowadays use a very simple “same” to respond to whatever you say.

This has the same effect as “back at you, ” which means that you share the same feelings or sentiments.

Is “Right Back At You” A Compliment?

Whether or not someone saying “right back at you” can be taken as a compliment totally has to do with the context of what they are replying to.

It should be easy to pick up on these conversational nuances as long as you know and understand the context.

For example, if you say to someone, “you look great today!” and they reply with “right back at you,” it is safe to assume that this was meant as a compliment.

On the other side of the coin, if you were to say to someone, “you look really tired today.” and they reply with “right back at you,” chances are you hurt their feelings, and they are returning that backhanded phrase to you.

However, to really pick up on the subtleties when someone uses a “throwback” phrase, especially when it comes to picking up on sarcasm.

It should also be noted that the context of a phrase has a lot to do with the delivery and tone.

If your tone was sarcastic when giving a compliment and the other person has picked up on it, it is safe to assume that their response is also made with sarcasm.

Read also: Why Do People Say “AM” Instead Of “I AM”? (Explained)

They both have the same effect: to return a compliment or even an insult.

However, “back at you” feels a little more unfamiliar than the latter, which sometimes means it can be taken more aggressively.

For example, if you bump into someone on the street and say, “excuse me,” and they respond with “back at you,” it can be seen as a passive-aggressive response.

If they were to say “right back at you,” it would feel much more sincere.

The simple removal of that one word, “right,” can make all the difference when using a familiar shorthand. While it feels more sincere, it really depends on the context.

So, if you worry that someone is being passive or rude, try to keep in mind the initial context of the conversation.

When Can You Use The Phrase “Right Back At You”?

Using the phrase “right back at you” is a great way to engage in a back-and-forth with someone.

However, remember what your intentions are with the conversation.

But, it is important to remember that not everyone loves shorthand.

Sometimes when your friends or loved ones compliment you or tell you that they love you, they are actually looking for reassurance that you feel the same way.

Responding to words of affection and love with “right back at you” may get the point across, but it might not be the type of connection that your partner was looking for from you.

But, it is important to remember that not everyone’s love language is the same.

Some couples love to be sarcastic and needle their partners with a little shorthand, while others rely on saying those three little words to know how the other feels.

So, while you can use the phrase “right back at you” whenever you feel it is appropriate, remember your audience.

Don’t be surprised if your quick response doesn’t come across as you intended.

Check out this, too! Is It Rude To Say “WHAT?” As A Response? (Explained)

Can It Be Rude To Say “Right Back At You”?

It can be rude if you intend to say “right back at you” to hurt someone.

For example, if someone says, “I don’t like you,” and you respond with “right back at you,”; obviously, you are attempting to be rude.

What if being rude wasn’t your intention? Can it still come across that way?

Let’s say someone is trying to compliment you or make an observation. Shooting back with “right back at you” can absolutely come across as rude.

If someone says to you, “wow, you look really tired today.”

You hit them back with “right back at you,” the person may think that you are being rude even if the context of their initial statement was not intended to hurt your feelings but was just meant to be a general observation.

This is why taking a beat before responding to someone if you think they are taking a jab is important.

Taking a second before responding can help you formulate the best way to get your point across without being rude.

Intentions are such an important part of having an open and healthy conversation.

To avoid hurting feelings or coming across as rude. Try to understand the context of the conversation first.

It is also important to know who you are talking to. People who are more sensitive and aware might not like typical turning phrases like “right back at you.”

At the end of the day, as long as you understand where the other person is coming from and what point you are trying to get across, thinking before speaking is always a good idea.

“Back At You” Symons