The nickname “boss” can be used by anyone and directed at anyone else.

It is a universal nickname that can mean many different things, though there are also different ways that it can be interpreted.

For example, some people think that “boss” is a fun and harmless nickname to call someone, while others feel that it is a slight insult and makes them uncomfortable.

Why do people call me “boss”?

Friends and strangers may call you “boss” in order to play it off as a nickname, a passing moniker if they don’t know your real name, or to use it as a slight insult or rude gesture. In the same vein as someone calling you “buddy,” but using an inflection in their voice that suggests they don’t like you.

Depending on how any nickname, pet name, or otherwise moniker for someone that isn’t their real name is said, individuals can take the meaning in many different ways.

Therefore it is important to be kind and courteous to someone and, if all else fails, to use their real name. In this article, we will explore the history of the term “boss” and how nicknames can be interpreted. 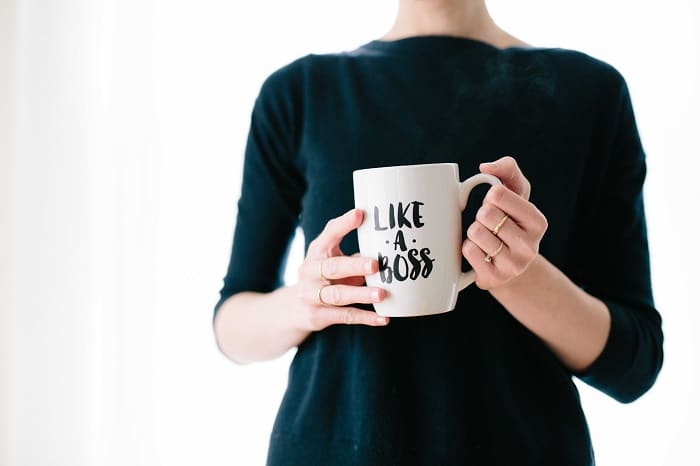 What Does it Mean When People Call You Boss?

When someone calls you “boss,” it all depends on the context and the person doing it.

If a friend is calling you “boss” and they’ve done it before, you know that it is a harmless nickname the two of you have agreed is appropriate for your relationship.

However, if the person calling you “boss” is a stranger or passing person on the street, it may just be something quick that they chose to say at the time instead of “sir” or “ma’am.”

While “boss” is not widely considered to be as polite as “sir” or “ma’am,” it isn’t necessarily harmful in any way depending on how the person says it.

What About “Boss Lady”?

“Boss Man” or “Boss Lady” is meant more as an insult unless stated among friendly company.

For example, if you are actually a person of authority in the workplace and your employees call you “boss man,” as a friendly joke, most likely, they are friendly to you, and it is agreed upon by all present that it is appropriate to call you that.

However, if you aren’t a person of authority, someone may call you “boss man/lady” as a means to insult you by suggesting that you assume people should respect you and give you authority, even if you do not possess it.

This is a derogatory term that means the person calling you “boss man/lady” thinks that you are too pushy, annoying, bossy, or demanding.

Is it a Positive Thing to be Called Boss?

Depending on the context of the situation, the person saying it, and the inflection in their voice, the nickname “boss” can be relatively harmless or intending to be harmful.

This comes from a history of the nickname, as well as how it is used in culture and pop-culture today.

History of the Nickname Boss in Culture

“Boss” itself is derived from a history of respect.

A person who is a boss was usually higher-up in the food chain of a company, business, or workplace. The boss would be in charge of individuals and would want to hold a high amount of respect.

However, the Urban Dictionary has many different variants of this term, which we will explore here.

In regards to someone with great skill, talent, or firepower, “boss” may come from a history of mob movies in which characters with heavy accents would call their leader, father, or uncle, “boss” if he was in charge of a gang or group of tough criminals or individuals.

It is also a term that may be targeted at a woman for the same reason.

Now, though, “boss” has been used more frequently to remark on someone’s “coolness” or ability to remain unbothered by the actions of others: “He’s such a boss.”

This also means that someone has done something “like a boss” – meaning in a fantastic, cool, easy, or flawless way.

It can also be used to discuss how interesting, exciting, or awesome a situation is – though it is less used in that context as of 2020.

“Boss” As An Insult

Terms like “Boss Man” or “Boss Lady” (as we mentioned before) are meant to show a lack of respect, especially among strangers.

In passing, saying “you got it, boss man,” or “boss lady wants it like this,” suggests that the person considers you to be annoying, pushy, or bossy. It may also mean that they assume you are of wealth or privilege and, therefore, must be a snob.

To call someone “boss man” or “boss lady” is to put a spin on the term that would suggest you are a respected individual, and instead suggest that you are a person who assumes they should be respected based on their wealth, privilege, knowledge or appearance.

This is meant to be an insult because it means the person who is saying it to you thinks that you are snobbish and, therefore, not someone that they like.

Furthermore, “boss man/lady” can be used on someone who actually does have respect and authority. However, it usually means you do not respect the authority that they hold.

For example, if someone were to be arrested or stopped by a police officer, that person could call the officer “boss man/lady” to show that they don’t acknowledge or don’t respect the authority that police officer has, and instead are not affected by them.

Can it Be an Insult to Call Someone Boss?

It can be an insult to call someone “boss,” depending on the context of a situation.

For example, if someone is demanding a lot from you, being pushy or rude, you could say “you got it, boss” as a means to imply that they are pretending to have a lot of authority over you, and you don’t appreciate it.

Let’s say you work in customer service, and the customer is very loud, pushy, and aggressive. Rather than cause a scene, your coworker could instead say, “you got it, boss!”.

It is a quiet insult that the customer may not even register – and in fact, if they are that demanding and aggressive, they may actually like being called “boss.”

However, it is an underlying insult, and an easier way to express a person’s dislike of a situation taking place, rather than tell the customer that they think they are too pushy.

What Do You Say When Someone Call You Boss?

When someone calls you “boss,” and it makes you uncomfortable, consider the situation and the context.

If they are your friend, simply tell them that you’d prefer a different nickname.

If they are an enemy, or someone you don’t like, try to walk away from the situation and don’t make things worse by getting into an argument or fight.

Finally, if the person is a stranger and the inflection of their voice is positive, most likely they are just using it as a throwaway term because they don’t know your name.

If the inflection of their voice is negative, they most likely think you’re authoritative or “too big for your position,” in which case you could try to examine your own behavior.

Most of all, if you have the opportunity to ask someone politely not to call you that, take it!

You should never have to be called something that makes you unhappy.

What Does it Mean When a Girl Calls You Boss?

If you are a man and a woman calls you “boss,” it could mean a few different things (and vice-versa).

If a woman calls you “boss,” and you are a man, she may either be your friend, your employee, or someone you’ve encountered quickly on the street or in a customer service situation.

All of these scenarios are the ones we’ve mentioned before, and usually depend upon the context of the situation and how the woman says “boss.” It could be a friendly nickname, a term for her displeasure at your attitude, or you actually may be her workplace boss!

It is up to you to use context clues to determine if the use of the nickname is friendly, derogatory, or simply a factual statement upon your authority and position in the workplace.

If the situation makes you uncomfortable, consider asking her to stop using that nickname, and pick another one.