If you’re interested in someone, it can be upsetting if they’re not showing their interest back to you.

Or perhaps they are unable to open up to you. They’re hesitant to take things to the next level emotionally, physically, or financially.

If he’s holding off on major life and relationship choices with you, there may be a few reasons why: 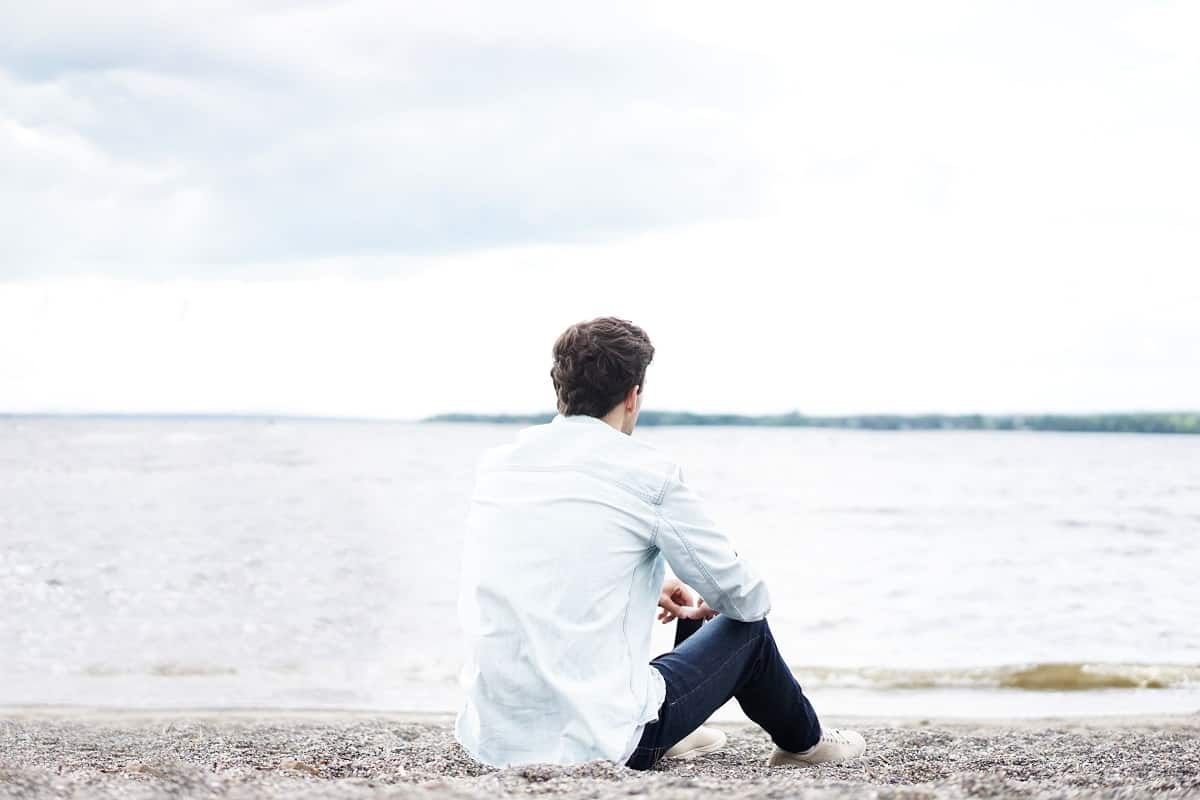 1. He’s Focused on His Career

He might worry that a serious relationship could take him off course if he’s ambitious. Some men want to put their all into a career, establish themselves, and then look for love.

Of course, it doesn’t always happen that way, but having that idea about himself may lead to hesitancy to get into a serious relationship with you.

This can be a bit of a double-edged sword. There’s something really attractive about ambition, and you might admire his drive. In 2021, “hustle culture” was prevalent, and we admired people online like The Rock, Jocko Willink, and Gary Vaynerchuk, who post their crazy schedules.

However, a life like that isn’t sustainable, and burnout is usually something people experience when they overdo it. If the guy you’re interested in is “fully committing” to his career, you can’t expect that he’ll have much left in the tank for you.

That sort of work ethic (however misguided) isn’t likely to go away. Even if he changes what he’s focused on in the future (like his marriage or family), he’ll likely always be a pretty work-oriented guy.

That sort of personality isn’t for everyone.

Whatever the case is, if you don’t understand that sort of ambition and drive, he’s not the guy for you. That ambition might keep him from entertaining a relationship because, let’s be real, and relationships are distracting.

Balance is difficult to manage, so many people opt for the all-or-nothing route.

If a guy perceives that his career isn’t going very well, he can struggle with that emotionally.

This doesn’t mean he won’t go on dates with you, but he may fail to pursue you seriously. On Verily Magazine’s website, writer Isaac Huss states that he isn’t the only man he knows who has a “fear of unmet expectations.”

Especially since many cultures still emphasize the male partner being the provider and breadwinner, a less-than-ideal job situation can cause men in particular to shy away from relationships. It’s partly to do with self-esteem and some legitimate financial concerns.

Suppose someone is sharing an apartment with a few buddies, living paycheck-to-paycheck, and eating a $0.17 packet of ramen noodles at their desk 100 hours a week. How will they find extra funds to pay for vacations, a wedding, or even just a couple’s apartment where the rent is only split two ways?

If he sees you as a great catch because you’re doing quite well and are successful in your job, you may notice him pull away if his career takes a downturn.

He may no longer feel on equal footing with you.

Try to get him to open up and be patient with him, and if you’re both invested in the relationship, you’ll be able to get through it together.

3. He’s Feeling Pressure From His Family

In some cultures, there is a high emphasis placed on family.

While that can be great, it can also lead to a certain amount of parental pressure to meet someone, get married, and start having kids.

The emotional maturity to have and sustain a serious relationship isn’t something you just get handed on your 23rd birthday or when you graduate college.

If he’s feeling that pressure from his folks—or his friends are getting married and having kids—he might get overwhelmed. That pressure to find someone may just drive him away from relationships entirely.

He also might prefer to casually date without making any serious promises to you or to whoever he is seeing. If you’re not ready for a serious relationship, just enjoy his company and hang out.

It’s just about making sure that you’re both on the same page so that neither one of you ends up getting hurt.

4. He’s Been Hurt Before

Relationship trauma is real, and many guys don’t have healthy ways to express their emotions.

This is a big one. Lots of guys fall pretty hard at least once in their lives, and if that relationship doesn’t work out, it can be extremely difficult.

Breaking up can make life miserable, especially if he wanted a serious future with his ex.

After the end of a relationship, one of two things could happen that make him keep you at arm’s length:

He Still Wants his Ex:

If this is the case, leave him alone with his hopes and dreams.

It might feel like you’ll never be good enough because you’re not her, and he’s not going to be a good partner to you until he’s completely over that other person.

If your guy is keeping you at arm’s length because he still loves his ex, maybe he isn’t the guy for you.

He may be so hurt that he’s being ruled from a place of fear.

Maybe you’ve been through a bad breakup too, so you can understand where he’s coming from.

This may mean that your relationship goes slower, that he needs more time to trust you, or that he may need practice sorting out his feelings.

Give him time or try to help him through it if he is open to your help. Don’t rush things!

If he’s keeping you at arm’s length, he might not be right for you for many reasons. That’s okay.

You might like each other a lot, but sometimes things happen that way. There may be a way to break through that wall if you’re both willing to meet each other where you are.

This doesn’t mean you just put up with his bad behavior. It’s joint work that you both do to get to where you want to be.

Otherwise, you’re just going to get hurt because he will never be that guy.

Gentlemen Speak: Why My Career Might Be the Reason I Didn’t Ask You Out | Verily Magazine