Those in relationships might use Instagram to broadcast their happiness for the entire Internet to see. Yet some studies show that many viewers distrust couples who post about their relationships.

Is their distrust warranted?

Are Couples As Happy As They Seem On Instagram?

They can be. Studies center more on the types of posts that couples make about each other. Some suggest the couple is actually as happy as they seem, while different types suggest their happiness may be performative. 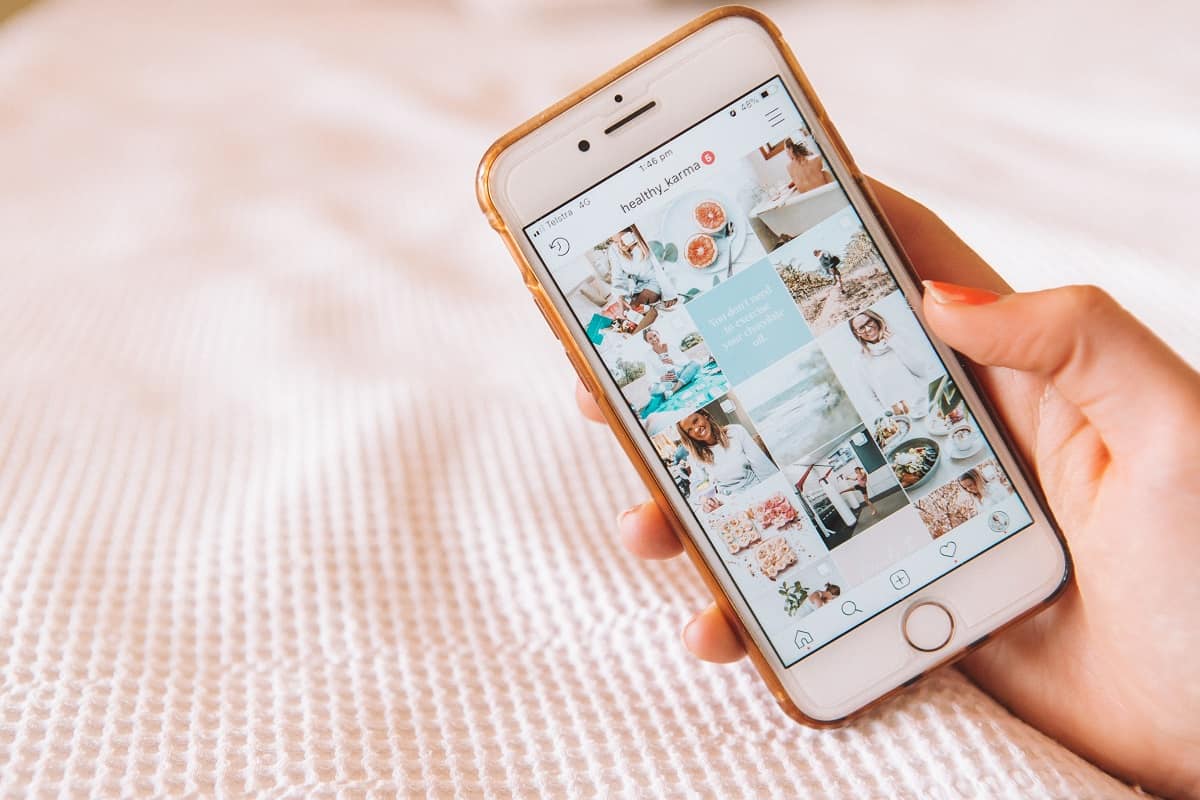 Social media is made up of highlight reels rather than reality.

Some people post more honest or raw moments, but many users use the app to capture the good times.

If social media is akin to a digital photo book, it makes sense that most posts will be happy, funny, silly, or reminiscent of the good times.

However, in 2021, Arizona State University researchers conducted a study where they surveyed couples and analyzed their Instagram posts.

The study concluded a “positive association” between doing it for the ‘Gram and having a high-quality relationship. This is in line with other studies on the same topic.

In short, happy couples post photos together, talk about or tag their partners in their posts, and comment on each other’s posts. If a couple is in a healthy, committed relationship, they’re likely to spend time together.

They’ll have milestones together and celebrate achievements individually and as a couple. When these things happen, happy couples may take to their social media profiles to share their happiness.

There isn’t much evidence to suggest that those types of posts are manufactured. Most times, happy couples who post on Instagram together are happy.

When one or both partners answered the survey questions and weren’t happy with their relationships, they tended to have fewer posts together.

The study found that if the people in the couple were unhappy and thus open to other potential partners, they would be less likely to advertise their relationships.

Generally not—unless they have something to gain from it.

Certainly, some people may feel familial pressure to present a perfect face to the outer world, but studies have shown that most couples don’t fabricate posts to show off their love as something more than it is.

If a couple makes their living off of their happy relationship, it makes sense that they try to post positive photos.

Whether they’re sponsored posts or not, keeping up engagement is critical to having a solid social media presence.

Instagram can directly translate to income for some people, and if they’ve built a brand around their life happiness, they might be posting for likes. Money and influence have incredible power over people.

It can be challenging to turn away from the spoils of a public relationship, even as the relationship itself begins to spoil.

One of the first famous Instagram couples, Alexis Ren and Jay Alvarrez, spent two years building an online empire that paid them handsomely. When the relationship fell apart, it put them in financial jeopardy.

There’s little doubt that they both ignored red flags or stayed in the relationship longer than they would generally have because it was so lucrative to them.

Additionally, couples who post themselves and their children might be encouraged to keep up a façade of happiness. Family vloggers have come under scrutiny lately for many reasons, but a lot of those happy families don’t pass muster.

If staying together for the kids allows for a lucrative life, public parents might feel pressure to keep up the content. Some embarrassment might come from admitting things aren’t as they seemed, which may cause further hesitation about ending the marriage or relationship.

Do Couples Who Post Less often Get Along Better?

There isn’t a correlation between posting fewer times and the quality of the relationship.

Some couples may post more, but the type of posts could indicate that they’re not happy.

More important than posting is setting up agreed-upon boundaries around what is posted on social media or when.

For example, one-half of a couple might not have a problem with their significant other sharing photos of their date night. They may prefer that their partner snap quick pics and then post them later so they can be more present at the moment.

Can Sharing Your Relationship Online Harm It?

If couples use social media to embarrass their significant other or vent to the public, that could certainly sow the seeds of discord.

It may also be a signal that the poster doesn’t know their significant other as well as they thought. The intent of a post might not have been to embarrass their partner, but it may cause an argument nonetheless.

Additionally, if couples are taking to Instagram or Facebook to say things that they won’t say directly to their partner, that’s a sign of a communication breakdown.

While there is certainly value in writing down thoughts to help sort through them, it wouldn’t be advisable to write them down in a public space and not discuss them with one’s partner.

That tension would come from the setting changing the behavior, whether that setting is in-person or virtual.

Mess With an Ex:

Social media offers a unique way to interact with or know about past relationship partners.

Some partners may not like that their significant other maintains a social media relationship with an ex, even if it is strictly plutonic.

This can be especially messy if there are children involved. In that case, some contact with an ex may be required.

If social media is a convenient way to keep in contact and co-parent, that may still cause some tension in the current relationship.

Can Sharing Your Relationship Online Help It?

Certainly! If both parties are open to it and respect each other’s boundaries, social media can be a great place to build a digital archive of the love you share.

Aside from supporting each other and sharing good news, social media accounts can offer a great place to keep track of couples’ day-to-day happiness and milestones, like anniversaries and birthdays.

With platforms like TikTok, couples can play games together and post their hilarious results. Instagram is also full of couple challenges or fun ideas of things to do together.

One of the best things about social media and the Internet, in general, is that people have more access to information than ever before.

By posting about your relationship on social media sites, people can find support from an online community that can help address issues in their relationship.

Like anything, social media is a tool. How a couple uses it determines if it will help or harm their relationship.

Online posting isn’t an automatic indicator of a strong relationship, but it’s not an indication of an insecure or bad relationship.

A strong relationship doesn’t have to be broadcast online. Broadcasting it won’t necessarily doom it.

Most importantly, both participants show up for each other equally and understand what the other needs.

New study sheds light on what Instagram reveals about a couple’s relationship | PsyPost.org