The use of nail polish continues to be extremely popular, even among children and teens.

However, with information increasing about nail polish toxins, more and more women are concerned about the potentially harmful effects of wearing polish. Many nail polish users want to know whether or not the ingredients in nail polish can be absorbed by their nails.

Nail plates are porous and permeable. This makes nail polish’s ingredients likely to penetrate nail plates and becomes absorbed into the bloodstream. One study shows this penetration can manifest as early as ten hours after applying nail polish. 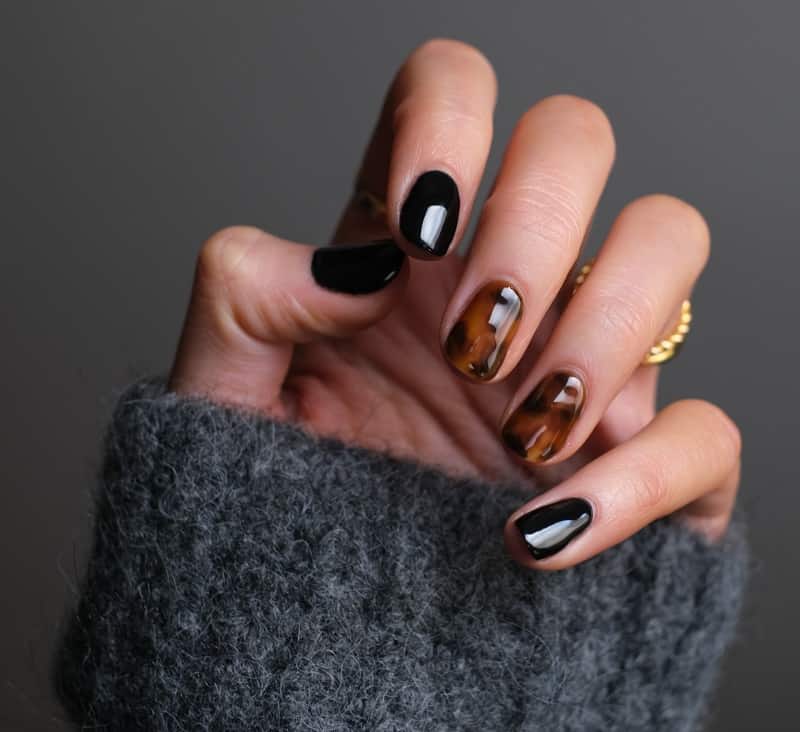 It is possible for the chemicals in your nail polish to penetrate your nails.

There was even a greater level of the drug in nails painted with up to four coatings of nail polish.

Dermatologist Dr. Loretta Davis advises that our nails are about one thousand times more permeable to water than the skin around them.

She says this is due to how extremely porous our nails are. That means various substances can penetrate your nail plates. This might include the ingredients used in nail polish.

Can Nail Polish Harm Your Nails?

The chemicals found in nail polish and nail polish remover can be very damaging to your nails:

They Can Make Your Nails Dry and Brittle:

Chemicals in nail polish can essentially eat away at your nail plates.

The most infamous nail polish ingredients responsible for this are formaldehyde-based resins. (Resins help the nail polish stick strongly to the nail surface.)

The most notorious group in nail polish removers is the acetate group. Acetates work as solvents.

They Can Cause Discoloration:

After painting them with nail polish, many women observe color changes in their nails. So what causes this color change?

One popular school of thought blames the pigments used to give color to nail polish. Chemicals like iron oxide were said to be absorbed by nail plates and leave behind a stain.

However, if this produced a slight yellow stain, it would fade on its own. Darker stains would have to wait for about six months until the discolored nails would grow out and be replaced by new growth.

That’s why, in reality, nail discoloration from nail polish has nothing to do with the color of the nail polish. I wore lavender nail polish a few times, and my nails still looked brownish-orange after removing the paint!

Even with a base coat, nail polish is still known to cause a yellowish color.

Nitric acid will oxidize the keratin protein in your nails, producing a substance that starts off having a yellow color. It will go on to have a brownish color.

Studies have shown that chemicals in nail polish can be absorbed into the body, but the amount and its effects are uncertain.

One 2015 Duke University study found that triphenyl phosphate (abbreviated TPHP or TPP) is absorbed from nail polish. TPP is used as a plasticizer in nail polish. That means it makes the polish flexible but durable.

The study found that TPP levels were seven times higher within less than a day of applying the nail polish.

That means it is formed when the body breaks down TPP. The presence of DPHP indicates that TPP was present in the body.

Can Absorbing Nail Polish in Your Skin be Toxic?

The results of the 2015 Duke University study on TPP were very concerning.

That’s because triphenyl phosphate has several toxicity issues based on human and animal studies:

How Protective Are Your Nails?

Fingernails and toenails help to protect the sensitive tips of our fingers and toes.

Nail structure renders it tough and allows nails to support the tips of our fingers and toes. Nail plates also protect our extremities from injuries.

Having a fingernail and toenail covering helps prevent the entry of viruses and bacteria into the body.

Knowing how nail polish might affect your nails and, ultimately, your entire body is always a good thing. Whatever your skin absorbs has the potential to enter the bloodstream, so taking frequent breaks between your mani-pedi routines seems like the best approach.

The Real Cause of Natural Nails Turning Yellow