Headbands have been around for a long time. They started as symbols of achievement (such as winning the Olympic games) in Ancient Greece as far back as 475 BC and were also used by the Greeks for other important events and special occasions.

More recently, headbands have become part of athletic wear and have grown in popularity on the fashion scene.

So many people wear them without a second thought, but for those in school, there might be rules and restrictions on wearing headbands.

Here Are the Basic Rules for Wearing Headbands In School:

Headbands can be worn in public schools by student-athletes who use them for absorbing sweat. Some schools allow boys and girls to use them to pull their hair back. Headbands are also allowed for religious, cultural, or medical reasons. Otherwise, they are not permitted to be worn in schools. 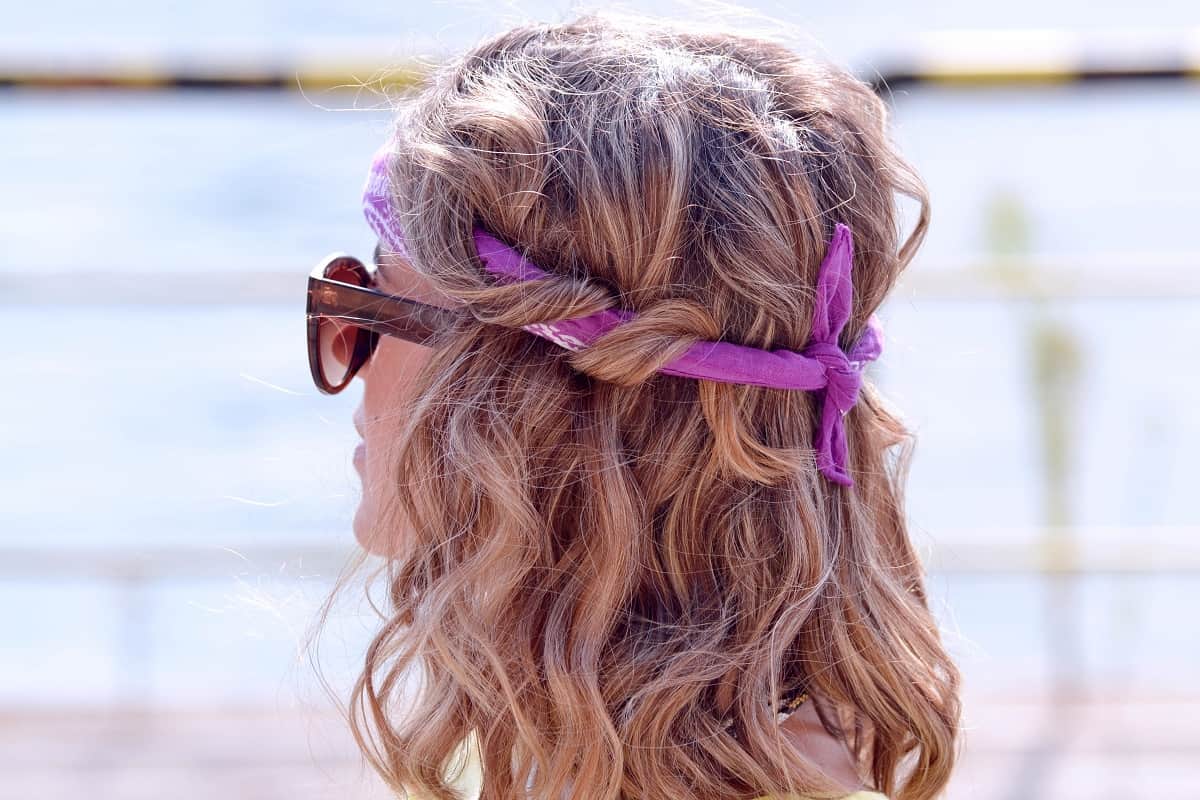 Why Do Students Wear Headbands?

Some students wear headbands to express their fashion sense and show their individuality. That’s because headbands come in many different colors, allowing students to mix and match them with their outfits.

Others wear headbands when playing sports or do physical education to absorb sweat. This is to prevent the sweat from getting into their eyes.

Besides the burning effect of sweat on the eyes, having sweaty faces during sports can be distracting and annoying.

Many students also claim to wear them to keep their hair back. This is a reason given by both girls and boys, and some school administrators find it is a sufficient reason to allow headbands to be worn.

However, administrators are concerned that some students wear headbands to show association with “gangs” and gang activity. Believing this can lead to headbands being banned from schools.

Can You Wear Hats or Bandanas in School?

When it comes to hats and bandanas, different schools have different rules.

In general, boys (and men) in the USA have traditionally not been allowed to wear hats indoors and hence, not in school buildings.

Most public schools in America strictly do not allow students to wear any head coverings. They often outline the specific items in detail in their student handbooks. Things like hats, hoods, caps, headbands, and bandanas are prohibited unless they are under special circumstances.

Here are some of the conditions under which students may wear hats or bandanas in school:

Colleges typically allow head coverings except during their exams.

Is it Inappropriate To Wear a Headband in School?

Each school’s rules and regulations will differ, so students need to be aware of the rules and requirements when they attend.

What is seen as appropriate and acceptable at one school can be against the rules and inappropriate at another school. This perception depends greatly on the school’s community and what teachers have seen happen in other schools.

Some school teachers and administrators will write up their students for wearing headbands. Other teachers won’t care.

Usually, as long as a student is wearing a headband to keep their hair out of their face or as a subtle fashion statement, it is fine to wear one. However, if the headband has inappropriate language or images on it, or is affiliated with a hate group, it will be banned.

Depending on the history of the school, how strict their policies are, or how out-there the headband is, the rules could differ.

When it comes to athletics, some student-athletes prefer to wear headgear.

This headgear can be in the form of headbands, bandanas, and even hats or caps. However, when it comes down to choosing between a bandana or a hat, students will choose either one, depending on the pros and cons.

Here are some of the reasons why school athletes might opt for bandanas and not hats:

These are some of the reasons a student-athlete might go for hats instead of bandanas:

Every school is unique in its rules and its student population.

What might be seen as unacceptable in one school may be an integrated part of the culture in another school. No school practice should be looked down on or even honored more than the other.

After all, a part of education is about embracing diversity and individuality.

Everything To Know About The History of The Headband

Why I Have To Hide My Anxiety Under a Headband