Gucci belts are some of the most popular designer items out there – it’s like almost every celebrity, fashion icon, and influencer has one.

These belts are easily recognizable with the signature GG logo as buckles and are cheaper than other designer items.

How do Gucci belts do in terms of quality?

Gucci belts are some of the best and most durable designer belts out there. They can easily last up to a decade or more, depending on how often you use them. According to many reviews, you can use them for 2 to 3 years, and they will only show very few signs of wear. 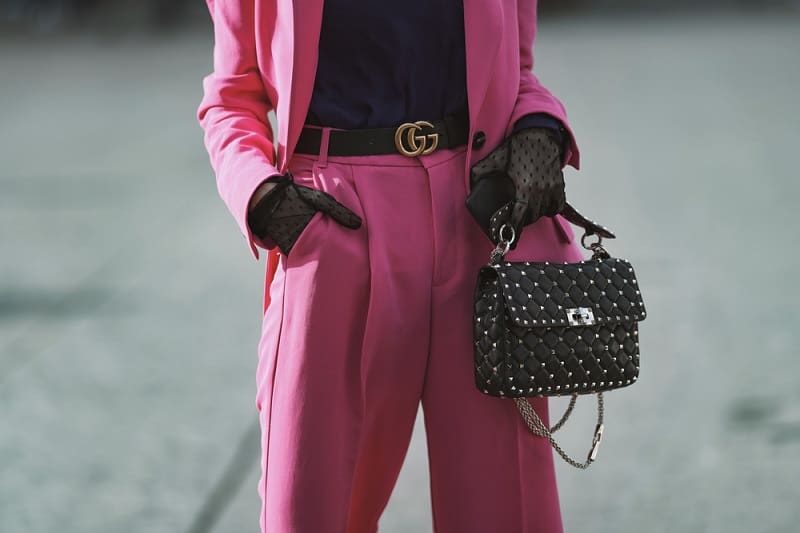 This belt was originally bought in 2010, and it still looks great, showing minimal signs of wear.

It is made of leather and canvas, with silver-toned brass hardware.

Although Gucci has already discontinued this design, you may still be able to find it in secondhand stores.

This Gucci belt is more than a decade old and looks good. It’s made of leather with a snake print on the outer lining.

Another belt from 2010 also looks great, with only a few visible signs of wear.

This one is also made of leather and canvas.

This belt, made of leather and wool, is over a decade old.

It may have some signs of wear, but overall, it looks good. The hardware and the leather parts still look pristine.

This belt may show decades of wear, but it still looks great.

The edges and stitches are still intact, plus the gold and silver-toned hardware look perfect.

Even though this belt was originally purchased in 2010, it only shows minimal signs of wear.

This belt is made entirely of leather and has a silver-toned buckle engraved with the brand’s name logo.

This belt is the oldest on this list. This particular belt was originally from the 1980s and still looks good.

It is made from enamel printed with signature green and red stripes. Its hardware is made from silver-toned metal.

Do Gucci Belts Last As Long As Other Luxury Brands?

In general, Gucci belts last as long as Louis Vuitton belts, but they are not up to par with the quality of Hermès belts.

Belts from these brands are much better than those of other luxury brands like Prada, Dior, and Chanel.

Among these four brands, Hermès is the best. Nothing beats the quality of Hermès belts; you would expect them to last longer than any other designer belt. But they’re also the most expensive.

How Long Do Gucci Wallets Last? Find out more here!

How Durable Are Gucci Belts?

Gucci belts are very durable, and they are known to withstand frequent use.

According to many customer reviews and blogs, Gucci belts would hardly show signs of wear even if you have used them for a couple of years.

As long as they are being used normally and stored properly, Gucci belts can last for up to 10 years.

Some Gucci belts, especially the ones made from leather, can last up to 20 years.

How Strong Are The Materials Used For Gucci Belts?

The materials used for belts greatly impact how durable and long they are expected to last.

Most Gucci belts are made of leather – not just any ordinary leather.

Gucci leather belts are normally made of 3 layers, wherein the outer layer and the inner lining are made of leather. These layers are glued and then stitched together, making them so durable.

Full-grain leather can take a beating and still look great.

This is, in fact, the highest quality and most durable type of leather you can find.

Some Gucci belts are made of canvas.

Canvas is a type of fabric that’s produced by combining cotton with synthetic fibers. It’s a good and heavy-duty fabric that can withstand different outdoor elements.

Canvas is known for being very durable and sturdy.

Gucci belts made from canvas are also known to last very long.

Gucci only uses brass for the hardware on its belts. Brass is a type of metal that feels very solid and sturdy. It also has a good weight.

Brass is a good metal for hardware on belts because you can bend them easily to form different buckle shapes and designs, but they won’t break easily.

For Gucci belts, brass is always used for the hardware, so you can be sure they will last long.

Gucci adds a silver, gold, or antique tone to the brass hardware for design purposes.

A lot of vintage Gucci belts still look good nowadays, with some of them even showing just little signs of wear.

Can you expect new Gucci belts to be of high quality?

Gucci owns the sites where the belts are being manufactured, so the brand has full control over the processes involved in making belts.

Gucci also owns most of the sites that produce their materials.

Since Gucci owns the manufacturing sites, you can expect that all the belts, including new releases, will still be of high quality.

Read also: Are Gucci Bags Out Of Style Or Still Popular? (Explained)

Like any other Gucci product, Gucci belts come with a 2-year warranty from the date of purchase.

This warranty is only valid if a certificate has been issued by the store where it was bought. The warranty only covers the item if the faults arise from defective parts or materials.

If a belt didn’t last long for any reason other than a manufacturing defect with the 2-year warranty period, Gucci would not replace it.

Gucci only services belts for free if they are still within the 2-year warranty period.

If the warranty covers the defect, Gucci will try to fix the belt first before giving you a replacement. A replacement is often unnecessary for these belts’ most common manufacturing defects.

Gucci can easily fix defects, although it may take days, and you’d have to leave your belt with them because the item will be sent to a repair center or facility. They will notify you once the repair is complete so you can pick it up.

So if you notice a slight defect in your Gucci belt and are still within the said period, you can take it to any Gucci store where they will examine the product.

Don’t forget to bring the receipt and warranty card as proof of coverage.

Review: Is The Gucci Belt Overrated?

Can Gucci Belts Be Repaired?