Unless you identify as asexual, physical attraction is always going to be a big part of your relationship.

Depending on your preferences of physical attraction, you may find that overweight people or underweight people are attractive or unattractive. This is the same thing with men.

Although we live in a Western society that teaches us that we have to be thin and fit to be beautiful, that doesn’t always mean that men only find skinny women attractive.

Here’s What Guys do Focus on In Relationships:

More than physical attraction, men want to date people who share their interests, are fun, exciting, warm, kind, and considerate. Even if you are overweight or underweight, a man looking for “the one” will care more about your personality. If you are casually dating, he may care about weight more. 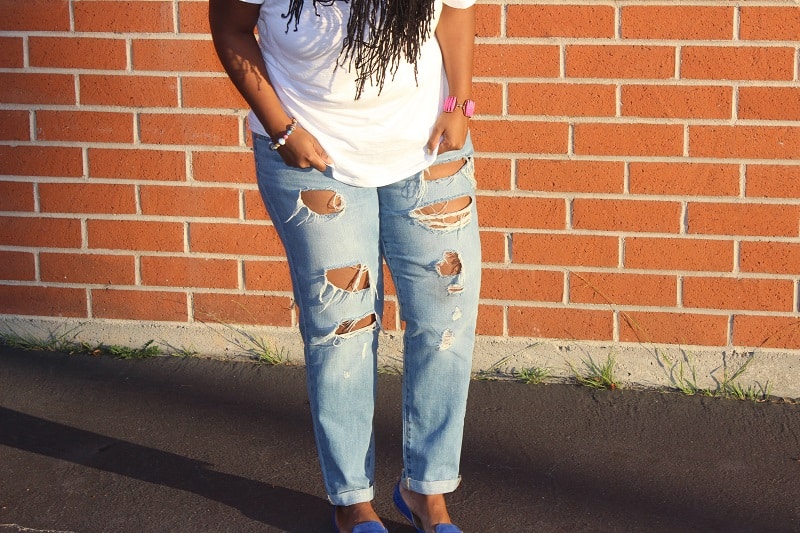 Men will almost always gravitate toward women that they think are physically attractive than the ones that they don’t.

This is a natural response that most people have. Both men and women tend to show special favor to people that they think are pretty or sexy.

If a man is looking for a more serious partner, he is more likely to pick her based on her personality rather than her looks. For casual hookups or short, intimate affairs, men and women both will gravitate towards someone who they think is attractive and care a little less about their personality.

After getting to know a woman, a man can decide whether her looks are enough to continue the conversation or to ask her on a date. Instead, he may discover that he would rather date someone he has more in common with, rather than someone he thinks is just pretty.

How Much Does Weight and Figure Matter Today?

Weight and figure tend to matter more to big corporations with something to sell than to people themselves.

Women are usually more concerned about their weight than men, although men do share in having body image sensitivities. Because of this, women worry that men care a lot about how they look.

However, there are plenty of men out there who don’t care about weight as a measure of attraction, but what is considered “attractive” can mean a lot of things.

Being “attractive” can be about how fun you are, how exciting you are. It can be about your hair color or your eye color. We sometimes judge people on their face shape, their height, or their laugh rather than their body weight.

However, Western media does put skinny and thin women on a pedestal. The media thinks that women who are thin will care more and take better care of themselves than women who are overweight or curvy.

Depending on the guy, he might believe these statements. He might think that a thin woman is more attractive than an overweight woman just because of what he’s been taught by the media or his friends and relatives.

What does Being “Curvy” Mean?

Being curvy has nothing to do with being fat or overweight.

Most of the time, being “curvy” is a genetic situation that comes from having a specific bone structure or other traits passed down from our family lines. For example, a woman who is born “curvy” can exercise and diet all she wants, but she will never be considered “skinny or thin.”

That’s because she might have a bigger bone structure in her hips or ribs or shoulders, making her look thicker than a woman with very small hips.

The idea that curvy women are fat, overweight, or unhealthy is entirely based on the perception that only skinny women can be healthy and beautiful. This is entirely incorrect and is perpetuated by a capitalistic society that wants women to spend money to exercise, diet, wear makeup, and fit into tiny clothes that were never sewn to fit them in the first place.

There are so many curvy women out there who were born that way and will never become “skinny” or “thin.”

A lot of them don’t want to become skinny or thin. Furthermore, these beautiful women are loved by men all over the world.

There is a saying that curvier women are physically softer; that they aren’t sharp and bony like thin women. Men have been known to say that curvy women are sexier, softer, easier to hug, look better in tight clothes, etc.

In the modern-day of the Kardashians being very popular online, a lot of women are attempting to become curvier and have thicker hips and thighs.

That wasn’t always the case:

In the 1920s, women were considered attractive if they had almost a petite and masculine, boyish frame. They wore short hair and were praised for having long and thin legs.

In the 1950s, women were considered only beautiful if they had an hourglass figure. The hourglass figure has to be entirely born into genetically and was very highly sought after.

In the 1990s it was very popular for women to be really skinny with very thin hips and almost no curves in the chest or backside. This is

Nowadays, having a thin waist but with a curvy chest, hips, and behind, are considered the “new standard of beauty.”

Fashion trends and the trends that tell us whether or not a person is attractive will change almost every year. Decades of changes mean that no single body type is the ultimate attraction.

For now, curvy women are considered more attractive than very thin women. However, this is still mostly a personal preference and can vary from person to person.

Does Weight Effect How Women See Themselves?

Nowadays, women who are larger or are considered overweight are likely to have more self-confidence in a body-positive world. That’s not to say that there aren’t still a lot of people, both men, and women, with body dysmorphia or severe insecurities about how they look.

Body dysmorphia is a mental health condition in which you mostly see flaws in yourself. This can be about your weight and your skin, your hair, or anything about you that is physical in appearance.

The worst part is sometimes those flaws don’t even exist and only you are the one who sees them. No one else can see these flaws. Or maybe if they do see them, they don’t think they are as bad as you do.

Teenagers, in particular, are more likely to have severe issues with how they look. In contrast, adult women tend to gain confidence over time after having stable or healthy relationships, therapy, or a general surge in self-love.

How Do Bigger Girls Approach Dating?

A girl in her teenage years who is considered “bigger” might find it very difficult to approach dating and may end up even being teased or bullied for how she looks.

This can stem from the insecurities of bullies or other students who like to put other people down to make themselves feel better. It also can come from a severe lack of confidence that makes a girl become shy, withdrawn, or refuse to take a chance with relationships.

However, an adult woman is pickier and will only look for men who are respectful, considerate, kind, and don’t pay too much attention to her weight as a factor. Bigger women know what they want: a person who respects them for who they are.

If they are confident, they are picky. If they are shy, they are more cautious and careful about who they trust to see them for who they are and not for their weight.

Being picky (in a good way) is technically the case for any woman. Even a very thin woman can consider herself not to be very attractive, in which case she will take very good care of finding a partner who sees her as beautiful and treats her well.

How Do I Find a Guy that Doesn’t Care About my Weight?

There are so many guys out there who love women no matter their weight.

There are also a lot of guys out there who love “bigger” women and think they are more beautiful than “thin” women. However, your definition of bigger or thin is entirely based on perspective.

Someone might think a girl is really fat and another person will think that same girl is actually average-sized or even a little underweight.

The trick is not in “finding” the guy who doesn’t care about your weight, but rather in being more selective about the men that you decide to spend time with and put your trust into.

There are so many men out there who are inconsiderate and selfish or vain. Working around them is difficult because they tend to be very charming or the loudest ones in the room.

Finding that guy who likes you for who you are is about better understanding which men you can trust, and which ones you should leave behind.

It can also be about self-confidence. When you are confident in yourself, you are more likely to attract someone who is interested in you for how you are and what you look like.

Do Looks Matter in a Relationship?

Susan Orlean: “The ’90s were more thin-crazy than the present time.”

Bad Day or Body Dysmorphia? Here’s What You Need to Know About Chronic Self-Criticism