In the luxury fashion world, many brands are family-owned and family-run. This means that from the founder, the ownership of the business was passed down to the family members or heirs over the years.

Gucci is one of those brands that started as a family-owned and family-run business.

In this article, we will learn about Gucci’s history and how the ownership of the business changed over the years:

A Brief History of the Gucci Family Business:

Gucci was founded in 1921 by Guccio Guccio, who passed the business to his sons: Aldo and Rodolfo. Rodolfo’s son Maurizio took over the brand with his uncle Aldo. Under Maurizio’s leadership, Gucci almost went bankrupt. After he died, it was no longer a family-owned business. 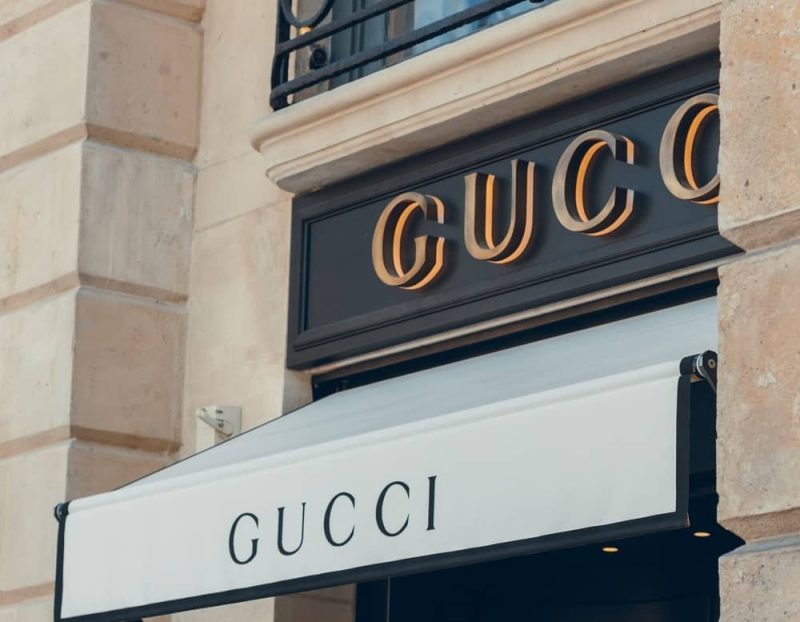 Who Created the Gucci Brand?

It was Italian designer Guccio Guccio who created the Gucci brand. He was born in Florence, Italy, to parents Elena and Gabriello, who was a leather craftsman.

It was in 1897 when Guccio first got inspired to create his own brand. At this time, he worked as a bellboy at Savoy Hotel, a prestigious hotel in London. He was inspired by the luxurious trunks and suitcases carried by the English noblemen who stayed at the hotel.

A few years later, he worked for a European rail company, Compagnie des Wagons-Lits. This company specialized in upscale travel leisure, further enriching his knowledge and experience with luxurious lifestyles.

After that, he also worked for Franzi, a company that manufactures fine luggage and suitcases.

When And Where Was Gucci Started?

Gucci was founded in 1921 in Florence, Italy, Guccio’s hometown.

The first store opened in 1921 in Florence – on the street called Via Della Vigna Nuova. This is where he started making and selling leather bags, saddles, and other accessories to horse-riding accessories.

After opening the first store, Guccio opened a small workshop that employed local craftsmen dedicated to creating the brand’s own leather goods. Eventually, the business acquired a bigger workshop as it expanded and hired more artisans.

Before 1935, there were already 60 craftsmen working for Gucci.

In 1938, the business expanded further as a second store opened at the recommendation of Aldo, one of Guccio’s sons. This time the store was located in Rome, specifically on Via Condotti, which was known as the city’s luxury shopping destination.

From here, the one-man business became a family business. Guccio’s other sons, Vasco and Rodolfo, also joined the company and made their own contributions.

Aldo introduced the pigskin, which later became one of the brand’s signature bag materials. He also opened the first-ever American store, which was located in the Savoy Plaza Hotel in New York.

Meanwhile, Rodolfo opened the first Milan store on Via Montenapoleone.

Is The Gucci Family Still Alive?

While they are not as prominent in media nowadays as before, the Gucci family is still alive.

The family’s current living members are Alessandra and Allegra, Maurizio Gucci’s daughters, with his ex-wife Patrizia Reggiani. Maurizio is the grandson of Guccio Gucci through Rodolfo.

After Maurizio’s death, the brand became no longer a family-owned business.

Following in her father and grandfather’s footsteps, Alessandra pursued a career in fashion but not for the Gucci brand. She created her own handbag label, AG, where she was the head designer. She has produced 99 handbags in total, and she used these designs to pay tribute to her family by naming the designs after Maurizio and Rodolfo.

Meanwhile, Allegra works as an Italian lawyer. She is also an author. Her book “Fine Dei Giochi” tells her version of how her father was murdered.

Alessandra and Allegra live in Switzerland, where they lead private lives with their partners and children.

Is The Gucci Family Rich Today?

When Maurizio was still alive, he was known to have lived a lavish lifestyle.

He owned 2 Ferrari cars and a three-masted yacht. He owned several properties in different cities, including Milan, Italy, and Saint Moritz in Switzerland.

Maurizio’s daughters, Alessandra and Allegra, inherited the family’s riches. They inherited their father’s yachts, Avel and Creole, along with his $400 million estate. They also have houses in Milan, Switzerland, and New York.

Who Currently Runs The Gucci Company?

After Maurizio’s death, the family’s ownership of Gucci ended. It became public on the New York and Amsterdam stock exchanges.

At the time, Domenico De Sole and Tom Ford took over as the CEOs of the brand.

Now, Gucci is owned by Kering – a French multinational corporation that owns many other luxury brands.

The brand’s current CEO is Marco Bizzarri, the head of Kering’s leather goods and luxury couture division. Bizarri also used to be the CEO of Bottega Veneta, another luxury brand owned by Kering.

Kering acquired Gucci in 1999 during one of the most eventful and dramatic corporate fashion feuds in the 20th century. This feud was ignited when LVMH Moët Hennessy Louis Vuitton attempted to take over Gucci.

LVMH Bernard Arnault built up a stake of 34.4% at Gucci to try and take over the brand. Gucci CEOs De Sole and Ford cried foul over this move and accused LVMH of trying to gain full control of the company. This went on to become a corporate battle in Dutch courts.

After many lawsuits, Pinault-Printemps-Redoute (PPR), the company that would soon become Kering, bought stakes at Gucci to acquire it in 1999. Eventually, they increased the stakes to 99.4%, finally getting full control of the brand. De Sole and Ford stayed as CEOs until 2004.

In 2009, Patrizio di Marco, head of Bottega Veneta, succeeded Lee as the CEO of Gucci. Then it was in January 2015 that Marco Bizzarri joined Gucci and succeeded Di Marco as CEO.

Gucci has one of the longest and most dramatic histories in fashion among the other luxury brands. From being a family-owned and family-run company, Gucci is now owned by one of the biggest luxury corporations in the world.

The House Of Gucci: A Complete History And Timeline

Here’s Where The Last Gucci Heirs Are Now