Dior is a French luxury fashion brand founded by Christian Dior. It is one of the most popular luxury brands specializing in bags, ready-to-wear clothes, shoes, and accessories. Dior products can rival Prada when it comes to quality and durability.

It is no question that both Prada and Dior create stylish and high-quality products, but which of the two is more expensive?

Let’s check out the products of these brands and compare how much they cost!

Prada vs. Dior: Which Luxury Brand Is More Expensive

Regarding quality, it is no question that both Prada and Dior offer excellent quality products. However, Dior is a bit more expensive overall than Prada, with small price differences. Compared to Dior, Prada has a more affordable collection of bags, shoes, ready-to-wear clothing, and accessories. 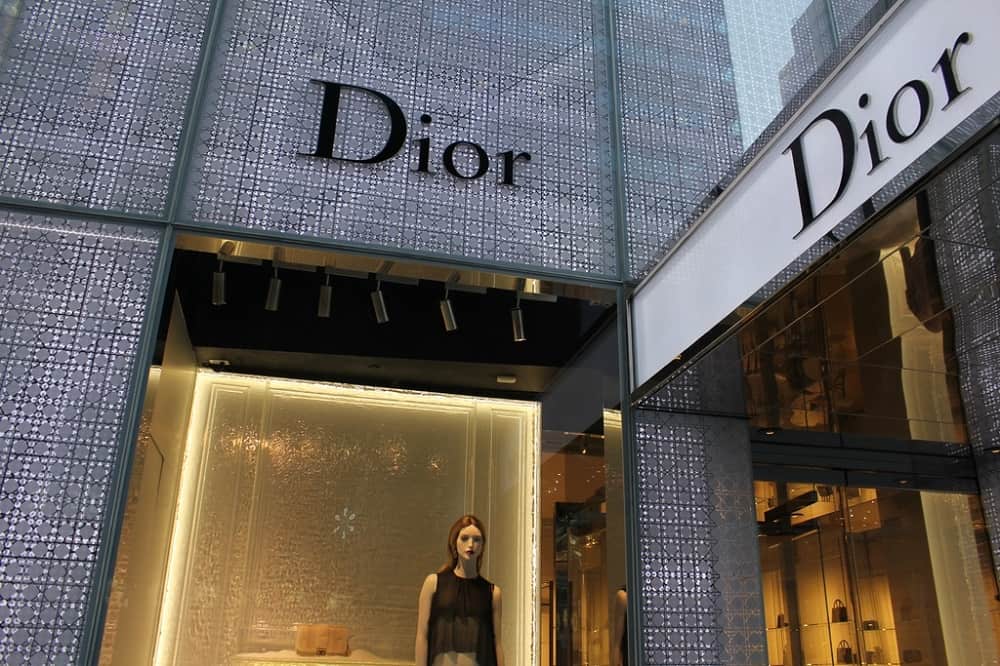 Bags from Prada and Dior come in quite similar silhouettes. Of course, you can distinguish one from the other because of the logos and branding, but many of their items look alike because of the shapes and sizes.

A crossbody bag from Dior can cost roughly $1,500 with the Dioramour Caro Heart Pouch with Chain. It is a tiny bag that has enough room to fit small items like your keys, a coin purse, and perhaps lipstick for touchups.

Meanwhile, you can get a small crossbody bag from Prada for slightly less. The Saffiano Leather Card Holder costs $1,170 and is smaller than Dior’s crossbody bag.

The most expensive Dior bag is the Medium Lady D-Lite Bag which costs $5,300. This bag combines modern silhouettes with timeless designs. It is fully embroidered with the Toile de Jouy Reverse motif in blue and comes with gold-toned hardware.

It has two handles and a detachable shoulder strap so that you can wear it in a few different ways.

Meanwhile, the Saffiano Leather Double Prada Bag is the most expensive Prada bag, which costs $4,400. It is made of Saffiano leather on the exterior, with linings made from Nappa leather. It features the Prada triangle logo on the front. It also comes with two handles and a detachable shoulder strap.

Even though Dior is more expensive than Prada, the differences are not that big, and many of their items are still similarly priced.

When Dior started in the 1940s, the brand was primary a brand of ready-to-wear clothing, with its first collection launching in 1948. Since then, Christian Dior’s creations have graced hundreds of runways and have consistently made it to red carpet events.

With its reputation as a luxury clothing brand, Dior clothes are more expensive than Prada clothes.

If you checked Dior’s online store, you would see that there are no clothing items for less than $1,000. The cheapest item you can get is the Dior Vibe T-Shirt which is made from cotton and linen and costs $1,100.

At Prada stores, you can get shirts for less than $1,000. The cheapest women’s clothing item you can purchase is the Interlock T-Shirt which costs $750.

Just as with women’s clothing, men’s items from Dior are a bit more expensive than those from Prada.

On the other hand, most of the items from Prada’s menswear collection items are priced between $2,000 to $6,000, with a few overpriced items here and there.

This is because a lot of Dior’s clothing items are limited edition.

Dior has many shoes in different styles, which are generally more expensive than those from Prada.

The cheapest pair from Prada are rubber slides that retail for $525. Meanwhile, the Dway Slides from Dior, which look similar to those from Prada, retail for $730.

The most expensive boots from Prada are the Monolith Leather and Nylon Boots which are priced at $2,200, and at Dior, you can get boots for pretty much the same price.

When it comes to wallets, Dior is also more expensive than Prada.

The card holders from Dior start at $495 with the Saddle Flap Card Holder in Blue Oblique Jacquard. Prada card holders start at $395 and can cost as much as $600.

The small wallets from Dior are priced between $750 and $1,000, while the bigger ones can go as much as $2,000. The wallets from Prada are a bit more affordable compared to Dior.

Both Prada and Dior have a good collection of hats with lots of choices, but Dior hats are a bit more expensive than Prada hats.

The hats from Dior are priced between $500 to $1,600. The most expensive hat is the D-Bobby Dior Jardin d’Hiver Small Brim Bucket Hat which costs roughly $1,560.

On the other hand, the most affordable hat from Prada costs $525, while the most expensive one costs $1,070.

Regarding belts, Dior is also more expensive than Prada, but the price differences are not that big.

Belts from Dior at $660 with the Saddie Belt featuring the CD logo. The 30 Montaigne Reversible Belt is the most expensive one, which costs $740.

The most affordable eyewear from Prada is the Symbole Glasses which costs $490, and the most expensive one costs $630, which is the Symbole Blue Light Glasses.

Among other luxury brands, if there is something that Dior is extremely famous for, that is its fragrances. Dior has a really good collection of perfumes for men and women.

In general, Dior perfumes are more expensive than Prada perfumes.

The perfumes for women from Dior are priced between $100 and $220. The most affordable one is the 50ml bottle of Miss Dior which comes in two variants. The most expensive one is Miss Dior Essence which costs roughly $220.

There is also one limited edition perfume in Dior’s current collection. This is Miss Dior – Bobby Limited Edition in a collectors bottle which costs more than $800.

Meanwhile, Dior only offers men the Sauvage collection, which comes in different-sized bottles with prices between $70 to $230.

Why Are Dior Products More Expensive Than Those From Prada?

While Dior is generally a bit more expensive than Prada, there is no real difference between the quality of the products. Both brands create high-quality bags, shoes, clothes, and accessories that are extremely durable and are known to last very long.

However, Dior is more expensive than Prada because it has a higher brand value.

The brand value would refer to its monetary value if the owner were to sell it. If someone buys a brand, they will get the right to use the brand’s name, logo, and identity.

A brand’s value is highly influenced by several factors, including the quality of the products, marketing, and advertising, customer experience, customer loyalty, trust, and goodwill.

If we were to base it on last year’s revenues, Dior sells more products than Prada.

In 2021, Prada had a total revenue of $3,384 million, and it ranked 8th among all other luxury brands in terms of revenue.

Meanwhile, Dior closed the same year with a total revenue of $7,024 million, which is more than twice as much as Prada made. With these numbers, Dior was 5th overall in the same rankings.