Hermès is a French luxury fashion brand that was founded in 1837. It specializes in leather goods like bags and clutches, accessories, ready-to-wear clothing for men and women, jewelry, watches, fragrances, home furnishings, and decor.

If Hermès were to be compared to Prada, Hermès products would have steeper prices.

Prada vs. Hermès: Which Luxury Brand Is More Expensive?

Hermes products are a lot pricier than Prada products regarding bags and leather goods like belts and wallets. However, Prada is more expensive than Hermès in ready-to-wear clothing items and accessories. 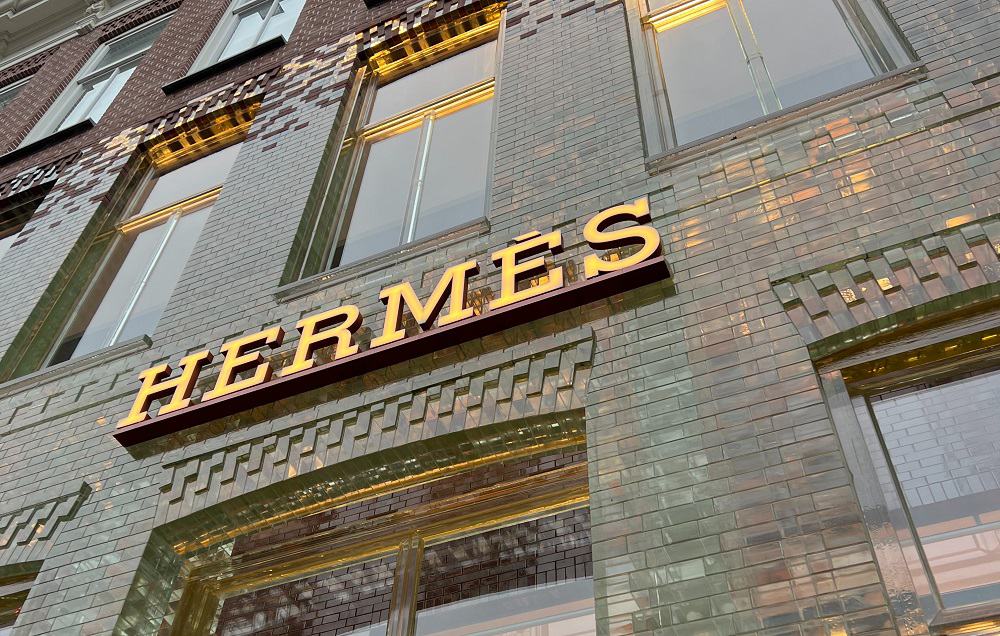 It is no question that Hermès bags are more expensive than Prada bags.

As mentioned earlier, you can buy a bag for less than $1,000 at Prada. You can get the Prada Gabardine Yoke, which is technically a belt bag but is still functional enough to carry important items like your keys and cash.

The most affordable bag you can get at Hermès is the Picotin 18 Lock Bag which costs $4,625. This bag is made of Taurillon Clemence leather and matte Mississippiensis alligator and has a palladium-plated Kelly lock closure.

The Saffiano Leather Double Prada Bag is the most expensive Prada bag, which costs $4,400. It features a double handle, a detachable shoulder strap, and gold-toned metal hardware, and its lining is made from Nappa leather.

The most expensive Birkin bag ever made was priced at $2 million. This is the Diamond Sac Bijou Birkins that was re-released in 2019. This bag was a rare commodity from the Haute Bijouterie Collection, with only 3 pieces made, and each piece is inlaid with more than 2,700 diamonds.

Hermès bags are so expensive because each bag is made with high-quality materials derived from cows, lizards, ostrich, and crocodiles. Each bag showcases the designer’s craftsmanship as every detail was well thought-out.

Hermès has a good collection of women’s clothing, from tops and blouses to bottoms to dresses and outerwear.

At Hermès stores, you can get a plain shirt for only $550, whereas the cheapest women’s clothing item that you can get at Prada costs $750, which is the Interlock T-Shirt.

Many women’s clothing items from Prada cost more than $4,000, while Hermès has a good variety of items that cost less than $4,000.

Hermès also has clothes for men. While its collection is not as big as Prada’s, it does offer good options for buttoned-down tops, shorts, trousers, knitwear, and outerwear.

The products from Prada’s menswear collection start at $775. The most affordable shirt is Pique Polo Shirt, a plain polo shirt in three colors.

Meanwhile, you can get plain t-shirts from Hermès for as low as $275. This is the brand’s cheapest clothing item.

These t-shirts come in many colors and have the Hermès “H” logo embroidered on them. For plain Hermès polo shirts, you can get them for only $365.

Most of Prada’s menswear collection items cost between $2,000 to $6,000. The coats and jackets are the most expensive items in the collection, starting at $4,400.

The most expensive jacket for men is priced at over $12,000.

Apart from bags and ready-to-wear clothing items, Hermès also has a collection of shoes that are more affordable than Prada’s shoe collection.

The most affordable shoes you can purchase from Prada are rubber slides costing $525. These slides are available in several colors and feature the signature triangle logo.

At Hermès stores and the website, the most affordable shoes you can get are the Egérie Sandals which cost $295, and the Famosa Espadrilles, which cost $590 and are available in three colors.

Even though the priciest shoes from Hermès are significantly more expensive than the ones from Prada, Hermès generally has more affordable shoe styles and designs.

Like all other leather items, the wallets from Hermès are slightly more expensive than the ones from Prada.

Hermès wallets start at $435, while the most expensive one costs $5,150. The Hermès 1938-19 wallet is made of Villandry calfskin and smooth Mississippiensis alligator.

Prada wallets cost between $700 and $1,500, and they come in different sizes and styles, from small coin purses to wristlets to big wallets with several compartments.

Prada hats are generally more expensive than those from Hermès.

While Prada has a good collection of belts, Hermès has more. You can choose from over a thousand belts on the official website.

The most affordable Prada belt costs $625, while the most expensive one costs $3,000. Meanwhile, Hermès belts start at only $345, but more than half of its collection are priced at more than $3,000.

The most expensive Hermès belt costs $20,545. This is the Mini Athena Belt Buckle and Reversible Leather Strap 13mm. It is a leather belt with a buckle made of white gold and encrusted with 1.5-carat white diamonds.

Compared to Prada, Hermès has a bigger collection of fragrances, and they are a bit more expensive.

For women, the most affordable perfume from Hermès is the Twilly Eau De Parfum collection which features three different scents, and each one costs $84 for a 30ml bottle.

The most affordable Prada perfume for women is a bit cheaper as the Prada Candy Eau De Parful 30ml is priced at $75.

Why Are Hermès Bags More Expensive Than Prada Bags?

Hermès was founded in 1837 by Thierry Hermès in Paris, France.

The brand originally catered to European noblemen and started as a manufacturer of bridles, saddles, and other leather riding gears. This is why the Hermès logo has a horse on it.

Several decades later, the brand expanded and created more leather goods, starting with leather handbags, and the rest, as they say, is history.

Since it is a more established brand in producing fine quality leather goods, Hermès is more expensive than Prada.

While both luxury brands have exhibited excellent craftsmanship through the bags they sell, Hermès uses materials of rarity and higher quality.

While Prada mainly uses Saffiano leather derived from calf, Hermès takes it up a notch by using leather from calf and other animals like lizards, ostrich, and crocodiles.

In addition, Hermès products tend to be very rare as it only manufactures a limited number of items per bag style and design. This is why Hermès bags have such high resale value.

Why Are The Rest Of Prada Products More Expensive Than Those From Hermès?

Even though Hermès bags and other leather goods are more expensive than Prada’s, the latter has more expensive products regarding clothing items and shoes.

This is because Prada is a more versatile brand than Hermès, specializing in more than one product type.

While Hermès is a household name in fashion, especially regarding bags and leather products, Prada is the more established brand in fashion overall.

Hermès products may be extremely expensive for bags, but it sells more products than Prada.

In 2021, Hermès had total revenue of $11,656 million, slightly lower than its 2020 revenues, but these numbers still make Hermès the 4th highest selling luxury fashion brand in the world.

Meanwhile, Prada’s revenue in 2021 was only $3,384 million, ranking 8th overall in revenues in the luxury fashion sector.

The Top 10 Most Expensive Designer Handbags In The World