Giving out your phone number is a way for individuals to get to know the strangers they meet better.

This tactic is common alongside friending each other on social media or setting up future meetings. If a guy wants to give you his phone number, it doesn’t always mean that he wants to date you, though that might be the most common reason.

If you meet a guy for any reason, and he tries to give you his phone number, always make sure that you feel safe before you accept.

Reasons Why Guys Give You Their Number:

Men can give women their number for many reasons. The most common is to start a romantic relationship. Other reasons include offering you a job, inviting you to be friends, or just getting to know you better. Not all men who give their number want to start dating. 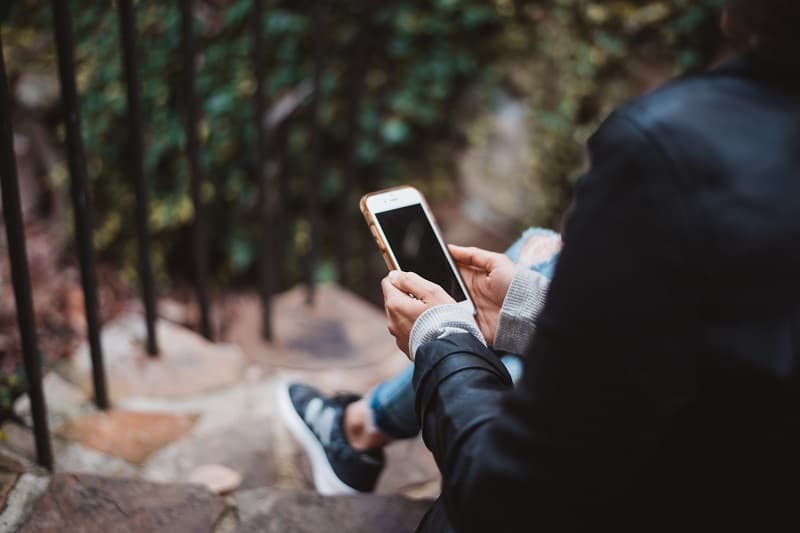 Reasons He Gives You His Number:

The ideal outcome for women who go out to get a man’s phone number is usually to find a date.

If he gives you his phone number after a flirty or interesting conversation at the bar, he may want to meet with you again in a romantic setting. This means he may want to date you or be intimate with you.

If you are interested in those outcomes, then getting your number from a man in this context can be really exciting!

Just make sure that the two of you are on the same page and never allow someone to manipulate you into giving or getting a phone number.

2. He Wants to Offer you a Job

Meeting professionals at conventions or work meetings is a great way to climb the career ladder in your field.

They say that it isn’t what you do, but rather who you know, that helps you get bigger and better jobs. If you meet a man in your work field at a convention or a work event, he might be giving you his number in order to offer you a job.

He may also be looking to network with you in the hopes of getting a new job for himself.

Depending on how your conversation went, either one of you could benefit from making a new work connection. Professionals are great at networking and meeting prospective clients or employers, so keep an open mind if you are trying to rise in your career!

3. He is Inviting You to Be Friends

Sometimes meeting someone leads to an amazing platonic friendship.

Not every connection with someone has to be romantic. People make new friends all the time, and they exchange numbers to keep in touch!

Especially when you are on a college campus or at a media convention, meeting strangers and getting their contact information is how you make new friends! If you go to a bar and make friends with someone that you think is really fun from a totally platonic perspective, keep in touch with them!

It is really hard to make friends these days as most people are a bit suspicious. That’s why it is great to start with friending someone on Facebook, Instagram, or Twitter and direct messaging them, rather than giving or receiving phone numbers.

This can protect you with a slight level of anonymity or even just keeping distance from them. If things go sour, you can always block them.

4. You are Joining His Organization

Especially on a college campus, giving out your email or phone number is a huge way to become part of clubs or organizations.

If you meet a man who runs an organization or club, and he gives you his card or phone number, he probably wants you to join. This is how book clubs or D&D parties get formed.

Finding like-minded individuals and joining their groups is a huge way that people can connect and interact with each other. Don’t be afraid to join clubs and groups if you get a fun opportunity!

5. He Wants to Make Sure that You Like Him

Sometimes men give out their number to see if you are interested in them.

Especially these days, women are overly cautious about who they give their information to. That means that men are becoming more likely to give out their number first, rather than ask for it.

If you accept, you could either throw away the number or call him. If you call him, he knows you are really interested in him and will probably ask you out.

It is highly unlikely that he would give you his number if he didn’t like you. Therefore, you can rest assured that he is interested, and if you respond, he knows you are interested too!

6. He is Trying to Get Your Real Number

Men who give you their number instead of asking for yours are probably trying to ensure they will get your real number in the future. This is because you would most likely have to text him from your number, and so they know that they don’t have a fake number.

If you would like to call a guy from your friend’s phone the first time, to make sure that it is really him, you can always do that. Or, if you are uncomfortable, you can always just throw his number away and never call.

Never interact with someone who makes you scared or uncomfortable. It is better to ignore them and not call. That way, they don’t have access to your phone number.

7. He Needs Your Help

Probably the least likely on this list is an emergency situation in which a man needs to give you his number.

This could be if his car broke down, if he feels unsafe in a public place, or needs you to call him back for something important at work. Always use context clues to check and see if the reason he is giving you his number is for a very important reason.

It is then your responsibility to take the situation seriously and only use his number for the reason he gave it to you. This isn’t the time to try and strike up a friendship or an awkward encounter that he didn’t ask for.

Is it Always a Sign of Love when Guys Give you their Number?

It is not always a sign of love if a man wants to give you his phone number.

Depending on the context of your conversation and how the two of you met, there could be many different reasons why a guy would give you his phone number.

For example, if you go out with friends and are looking to find a date, you might meet a guy by flirting with him. If he flirts back and then offers you his number, it is more likely he wants to date or starts a romantic connection.

If, however, you meet a man at a work convention and he offers you his number, he is probably trying to spark a professional networking connection. This is usually how professionals meet other professionals, make work friends, or find better jobs.

Always pay attention to the context of how you meet your guy. If he is offering friendship, don’t mistake it for love!

How Do you Respond When a Guy Gives you his Number?

Depending on your level of interest in the man giving you his number, you can accept him, refuse him, or even give your own number to him!

Most women prefer to let men give out their phone numbers and then decide later if they want to call or not. This gives them not only the power in the interaction but much more options for safety.

Sometimes, men can become aggressive or angry if you say “no thank you” to them trying to give you their number. Instead, it is sometimes safer to take the phone number from them but never call them.

In this situation, it is crucial to never give out your number to an aggressive or manipulative person. Take their number if you have to, but don’t call or text them later.

You should always go out with friends who can help keep you safe.

Should you Give your Number in Return?

You never have to give your phone number to someone just to be courteous.

You can always say “no” to giving someone your number even after they have given you theirs.

Sometimes, women are pressured into giving out their number by guys who give theirs first. Those men will say something like, “well, it’s only fair,” or “how do I know you’ll call me?”

This is a manipulative tactic that should be avoided. Make sure that you are always traveling with friends or going out with people you trust if something like this happens.

Remember, you can always say no!