Social media is full of couples who post a lot about their relationship. While some might be genuinely happy, some couples overdo it.

All that posting may be signs of something else, so is the couple as happy as they seem online?

Here are 8 signs that couples on social media might not be as happy in real life: 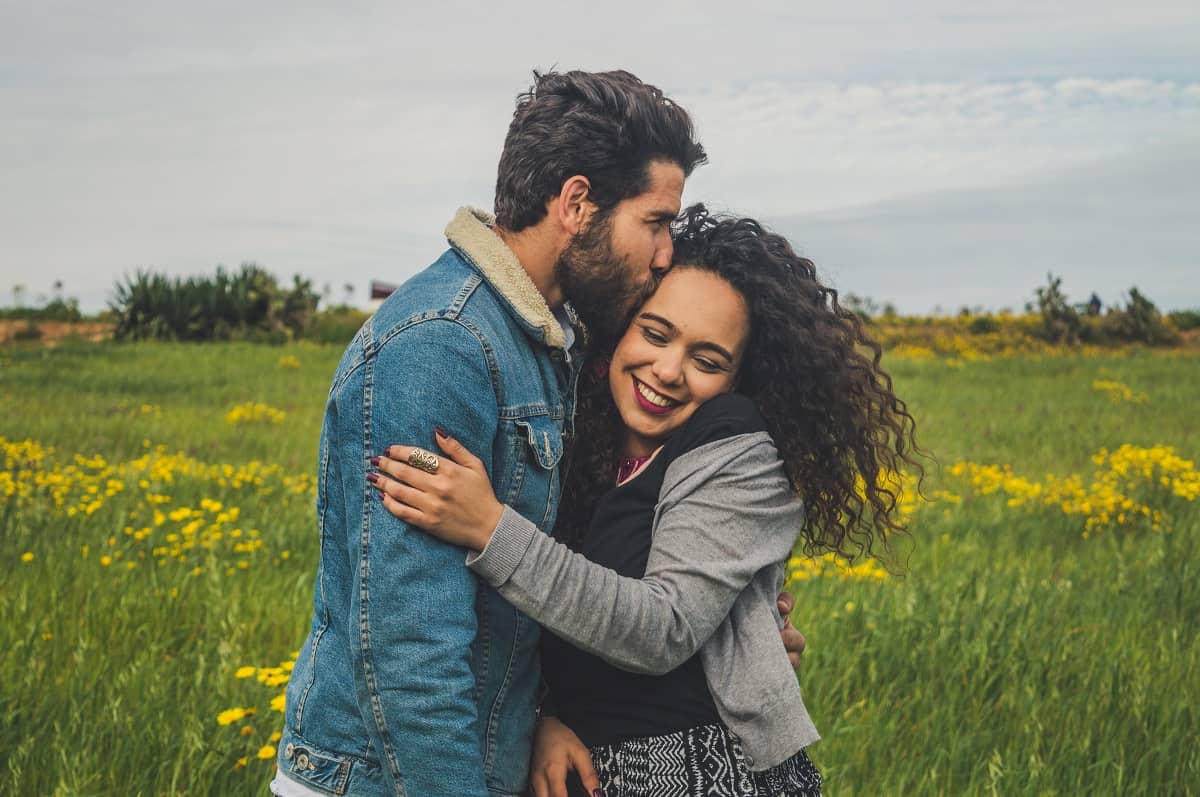 1. Their Affections Are Mismatched

If one half of the couple is excited to be in the photo and is displaying loving body language and the other isn’t, well, that could be a sign of relationship inconsistency.

This doesn’t just apply to their demeanor in the photos—it can also show up in captions and comments.

Sure, one partner might just be camera shy, but if every post includes one who’s loving it and one who’s not, they’re most likely not on the same page. Also, they might both look happy in the photo but vary wildly in their descriptions.

If one person says something gushy or eye-rolling-ly sweet and the other posts “Fun day at the beach,” it’s again another indication that they’re not communicating well.

2. If They’re Different in Real Life

Sure, no one wants to post about the bad times on social media. It’s not the healthiest thing for a relationship if you’re constantly posting about arguments or getting your digital friends involved.

But if you’re at a barbecue where a couple is fighting or has some intense negative feelings, you wouldn’t expect them to make a cute couple’s photo and post it hours later.

If you know the couple and see that one of the partners is annoyed by the constant posting, there might be some tension between them. If both parties are into it and love getting the shots—even if they’re not featured in it—that’s probably all good.

If one partner wants to throw that iPhone in the pool, social media is probably causing a strain.

If one’s feed is full of their partner and the other posts like they’re single, that might indicate some tension.

The types of people who post on social media will end up in each other’s feeds when they’re together.

If you’re scrolling through both feeds side by side and it’s clear that one person has a partner, but their other half’s online presence seems lonely, it could be a sign that one of them doesn’t want to be in the relationship.

It stands to reason that a happy couple who both posts on social media would both have some indication of that on their timeline. If one is portraying an image that they’re single, they may be keeping their options open.

4. One Partner Posts Attractive Pics Without the Other

“Thirst trap” pictures might be about revenge or signaling to other potential partners.

If you’re in a committed relationship, you should respect your partner’s comfort level with attractive photos that you post online.

If one of them is always posting steamy pics on their social media page, they may be indicating that they might want to jump ship if the right person came along.

The other person in the relationship might not mind it, though! If they like to comment on the photos or just enjoy the feeling that other people find their partner desirable, it might be good for their relationship.

However, if that person gets jealous or uncomfortable with the arrangement, it is probably a bad sign.

5. The Frequency of Their Posts Changes

A spike or drop-off might also be sending a signal.

A couple may post more as they’re leading up to their wedding or if they’ve just had a baby. Sharing and celebrating life events is one of the best things about social media!

If the posts jump up radically and aren’t related to a life event, it may be a sign of overcompensation or that anxious attachment style. They also may be working on their relationship and have been given an assignment by their therapist to be more publicly affectionate.

6. They’re All Over Multiple Sites

If a couple posts about their happy love life in high-resolution photos on Instagram, lengthy text posts on Facebook, and TikTok videos, they post at least three times weekly.

Basically, if the couple is turning their lives into a business, posting on multiple sites, and spending more time posting than actually living, they may not really do many other things together.

Having shared interests and alone time is very important, but going on dates just to post them to thousands of followers might not be very romantic.

Alternatively, some online couples purposefully picked someone who enjoys social media and being online as much as they do. It could be ALL they want to do together!

7. They Overshare Their Sex Life

Bragging is often indicative of insecurity.

This isn’t just true when it comes to sharing steamy details. All of this oversharing could indicate that someone is insecure about their relationship.

This comes from different kinds of attachment styles and their impact on our behaviors. Those who have what’s known as an “anxious attachment style” are more likely to post to try to signal that their sex life and relationship are perfect.

This type of insecurity can strain a relationship, and it can also be difficult for a couple to manage. People with opposite types of attachment styles are frequently drawn to each other.

If they can’t meet each other’s needs by communicating, that will degrade the relationship over time.

8. They Never Get Real

Social media isn’t about airing dirty laundry, but honestly, posting about struggles can be healthy.

People being vulnerable and sharing their struggles is why people turn to social media.

Strong couples will still have dips in their relationship. Sharing their problems and how they overcame them can be helpful to not only themselves but to their friends and followers.

It’s okay not to be okay. Even those couples you look up to have had hard times at some point or another.

Couples who can open up about those things aren’t just posting surface-level shininess to get likes. If everything about a couple’s media presence is sunshine and roses, their relationship might not be.

They may present a polished version of themselves or mislead people unintentionally, but most folks aren’t malicious via their social media. If their relationship looks perfect, maybe that’s because they hope it is.

They could also be dealing with and addressing the not-so-perfect parts offline. One spouse may be effusive, and the other use social media sparingly, if at all. None of these things indicate a good or bad relationship.

These tips may help you understand how harmful it can be to compare yourself to the “perfection” online.

Or you may take a peek at your social media feed and actions around it to see how you can strengthen your relationship.