Men are shy, nervous, and hesitate to be vulnerable. This can make it hard for them to talk or open up about themselves.

Depending on the reason, he may hesitate to talk to you. 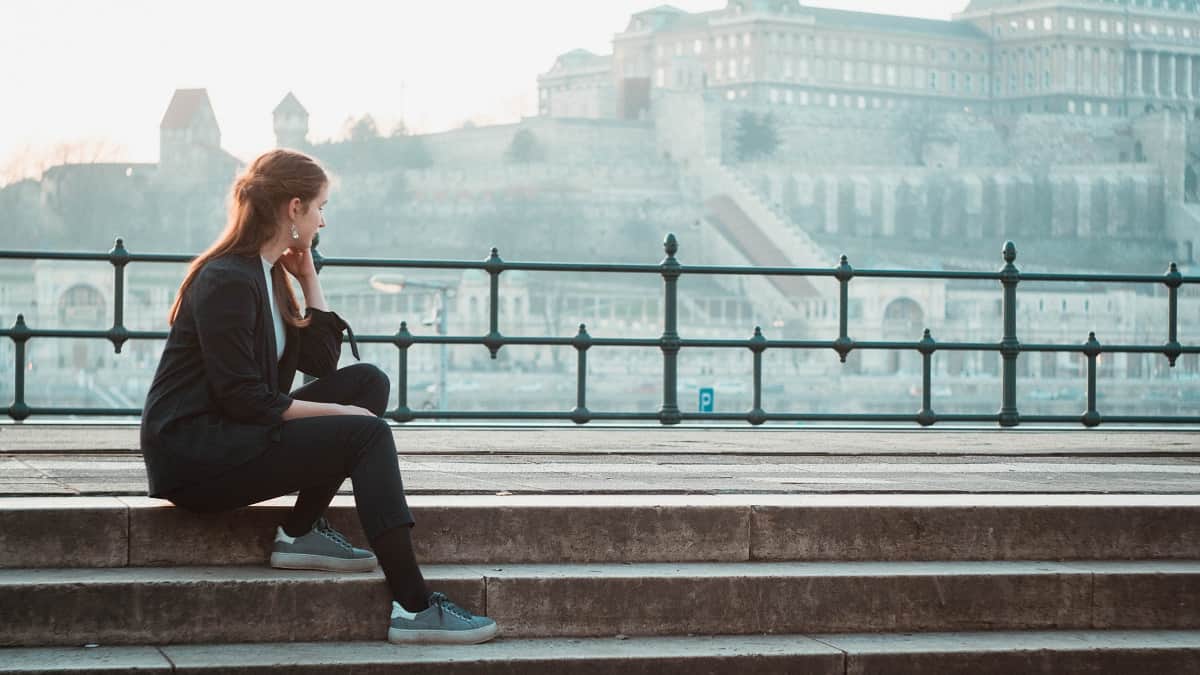 1. He Has Something He Wants to Tell You

A guy might hesitate to talk to you if he has something that he wants to tell you. This could be just about anything depending on the guy and your relationship with him.

He might also have something bad to tell you, so he keeps putting it off. Try talking to him first about his awkward or quiet behavior.

You may give him just enough courage to say what is on his mind by taking the first step.

2. He is Scared to Talk to You Alone

Some guys might also hesitate to talk to you if you are alone.

Approaching a woman alone can sometimes feel even more intimidating than if her friends surrounded her because it will just be the two of you who have to keep up a conversation.

He may be wondering if he can keep up the conversation or if he will come across as boring.

This is most common if the guy likes you and doesn’t want to appear weird or uninteresting. Though he most likely wants to talk to you alone, this can feel very scary to do if he tends to be shy or awkward.

He may show signs of wanting to talk to you but doesn’t approach you. If you want to talk to him, try approaching him instead.

Just make sure you aren’t always doing the heavy lifting every conversation.

3. He is Scared to Talk to You Around Your Friends

On the flip side, there is always the chance that a guy might hesitate to talk to you if you are around your friends.

Some guys are more intimidated by a group of girls than a single one. Talking to you when you are around your friends can be very intimidating for most guys.

They face potential rejection from you, but they also face having it done in front of an audience.

He may also feel awkward walking up to a group of girls and trying to talk to you about something. This makes the conversation much more awkward and runs the risk of him looking silly if he can’t say what he wants to say.

Men are generally very scared of being ridiculed by women, especially a group of women.

4. He Doesn’t Know What to Say

There is always the chance that a guy might be hesitating to talk to you because he doesn’t know what to say.

Maybe he likes you and wants to talk to you but doesn’t know how to do it. He may be trying to find the perfect conversation but is coming up short.

Most men are generally intimidated by having to start a conversation with a woman that they like. Many things could go wrong, such as you losing interest, walking away, or being generally bored by the conversation.

He might act as though he will talk to you, but he doesn’t do it. He may even try to talk to you when others are around but quickly walk away before you have the opportunity to answer him.

This doesn’t always mean that he likes you. He may admire you or find you interesting, but isn’t sure how to start a conversation with you.

5. He is Afraid He Will Embarrass Himself

Many men tend to live in fear of embarrassing themselves around women, specifically a woman they have feelings for. Many have faced rejection and are afraid that someone will mock them for putting themselves out there.

This can come across as very strange and even irritating as it is obvious that he wants to talk to you, but he doesn’t do it.

This is most common in men that generally tend to be more shy or awkward. He may even be confident in most social settings but become more socially awkward when specifically around you.

6. He Wants to Impress You

Many men want to impress the woman they like but do not know how to do that.

This is especially true if he likes a very confident and independent woman. Maybe she intimidates him and leaves him not knowing what he should do or say.

No matter how charming he may be, any man can quickly become awkward if met with a woman he doesn’t know how to impress.

He may try to talk to you awkwardly, cut the conversation short, or hesitate to talk to you. This can make him look a bit crazy as he wants to talk to you, but he doesn’t go through with it.

A guy might hesitate to talk to you if he lacks self-confidence and doesn’t know how to initiate a conversation.

Maybe he doesn’t feel like he is interesting enough or doubts that you would want to talk to him. These feelings could hold him back from actually talking to you.

You may have to be the one to initiate a conversation with this type of guy if you suspect that poor confidence is behind his hesitation to talk to you. Putting yourself out there first could be the boost that he needs to feel confident enough to talk to you.

8. He Feels Shy Around You

A guy might hesitate to talk to you if he is a shy guy or if he feels shy around you. He may be a shy person by nature, or this might be a part of him that only comes out when you are around.

Many guys are outgoing by nature and generally confident but can quickly become shy when they get nervous or uncomfortable.

He may want to say just the right thing or capture your attention, but he doesn’t know how to. This can result in him coming across as shy and awkward because he hesitates to say anything or interact with you.

If he is not generally shy around others, this is a very clear sign that he probably has feelings for you. If you show interest in him, that might be the confidence boost that he needs.

9. He Has Feelings for You

It is very common for a guy to hesitate to talk to you if he has feelings for you. This affects guys differently, but many will often become awkward around you and not know what to do or say.

This can make them overthink around you and want to make the best impression possible. This can result in them being very awkward and stumbling over their own words every time they try to talk to you.

They may also be struggling to find the right conversation to start or something to say to you if they don’t know you very well.

He most likely wants to say something interesting but may not know what you are interested in.