If a guy ignores you and then flirts with you, you are in the right place to find out why he may be behaving like this.

He may be flirting with you unintentionally and start to ignore you once he realizes what he is doing. He also might get too shy to continue.

Here are eight reasons that he might flirt and ignore you: 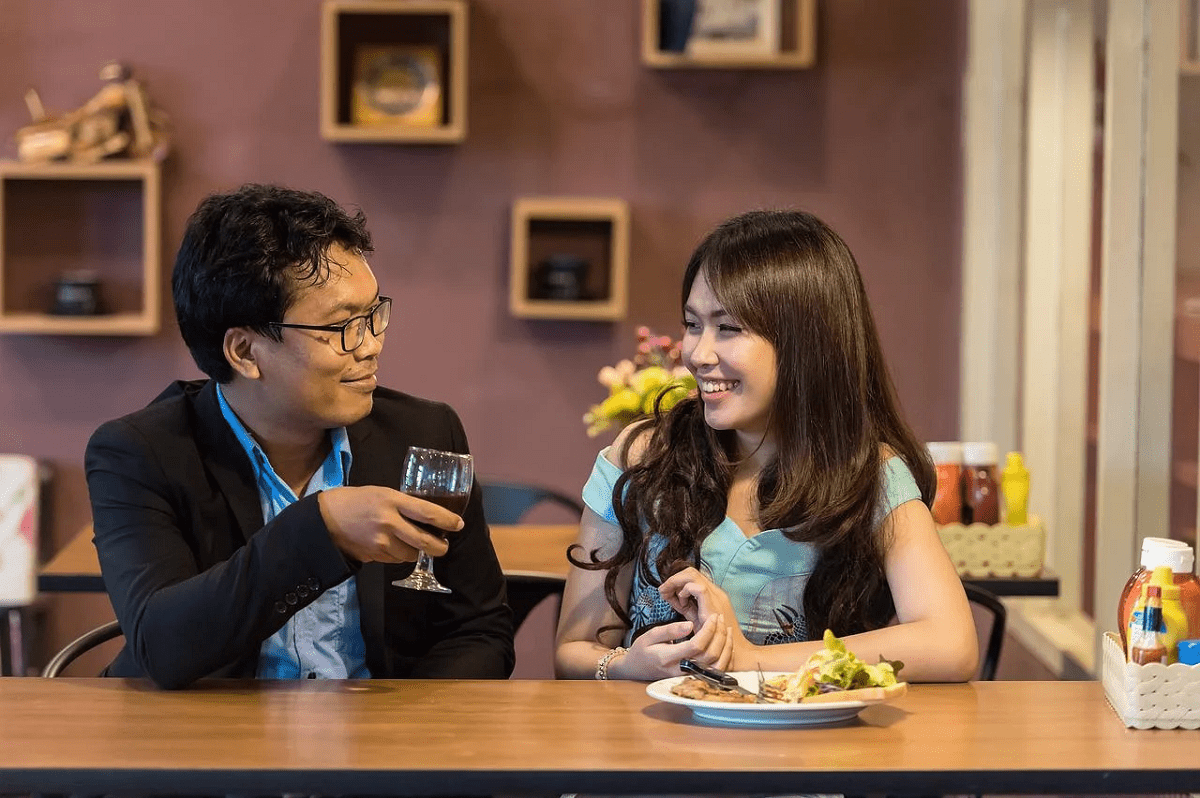 1. He is in a Relationship

A guy might ignore you and flirt with you if he is currently in a relationship. These mixed signals could signify that he secretly has feelings for you.

Maybe he is a player and tends to have a wandering eye. This can create these kinds of mixed signals that are confusing and irritating.

Some guys are also more prone to flirting without really meaning to. Some guys are naturally flirtatious, and that is how they generally talk to women, even if they don’t mean to be flirty.

This is especially common in men that are not used to being in a committed relationship. Old habits die hard, and he might be instinctively flirting without actually meaning to.

In this kind of situation, it is best to cut all ties with this man and leave him to sort his own emotions. You do not want to become entangled with a guy that can’t decide whether or not he wants to be committed in his relationship.

2. He Likes Two Women at Once

If a guy has a habit of flirting with you and ignoring you, he may have conflicting emotions. This could be due to his feelings for you and another woman simultaneously.

It is not uncommon for people to have feelings for more than one person at once, even if they are in a relationship with one.

Maybe he is trying to figure out which one of you he likes the best, so he flirts and then leaves. He may not even necessarily realize how this is coming across to you.

He may not be intentionally trying to ignore you, and it may just happen as he is interacting with the other woman that he likes.

This can be a very frustrating game to play with a guy, especially if you do not fully know what is going on. In this situation, you usually won’t even know that he treats another woman in the same way.

3. He Doesn’t Know What to Say Around You

Guys that are awkward tend to have this problem the most as they may ignore you because they don’t know what to say.

He might have a confidence boost and then lose his steam, resulting in becoming awkward and disappearing after flirting.

Though this is often not done on purpose, out can still be very irritating if you are the recipient, especially if you like him back but do not know what to make of his mixed signals.

It is best to be as honest and straightforward as possible in this kind of situation. Tell him that you do not like being ignored and then flirted with and genuinely have feelings for him.

If he isn’t aware of how his behavior is coming across, it is important to let him know; otherwise, he will continue to behave that way. Being honest can also sort out any awkwardness and make tasing much easier.

4. He is Using You When He is Bored

This is a very harsh reality for some women, especially if you know a guy that repeatedly behaves this way towards you. If this is a reoccurring thing, there is a very good chance that he is just using you as entertainment.

This type of guy is more inclined to see women as entertainment or as a way to pass the time. He will rarely ever really talk to you as a person or have any serious feelings for you.

He will likely contact you out of boredom if he regularly ignores you and then starts to flit with you. He might do this if none of the other women he talks to are around, or he has more time to spare than he knows what to do with.

Once he has better things to do or other women to talk to, he will ghost you until the next time he is bored.

These men are self-confidence killers and should be avoided at all costs.

A guy might have a pattern of ignoring you and then flirting with you if he likes you but doesn’t want to like you.

This is common with exes and men who still like their ex-girlfriends. They flirt with their ex even though they are trying to move on.

This can be the cause of this kind of confusing behavior and can create conflicting emotions.

If a man is flirting with a woman he likes but knows he has no future with, it will only hurt both parties when it ends.

6. He Doesn’t Realize How He is Coming Across

Some guys may ignore and flirt with you sporadically without realizing what they are doing and how it is perceived.

Maybe he works a lot or has a demanding home life, which could drop off the radar for days, weeks, or even months. This could easily come across as him outwardly ignoring you after being flirtatious.

This is more common in the adult world as people have demanding jobs and other things in their life that requires time and commitment. He may genuinely like you but doesn’t take the time to keep in touch.

This could come across as him purposefully ignoring you after leading you on without him realizing it.

If this is the case, you should tell him how this makes you feel and how his behavior comes across. Once he realizes how you feel, he will either stop flirting with you completely or find a way to keep in touch.

7. He Enjoys The Chase

A guy may go back and forth between flirting if he is the kind of guy that enjoys “the chase.”

“The chase” is the feeling that people get when they are meeting someone and flirting for the first time. Before taking the relationship to a more serious level, the casual fun, flirty, and mysterious beginnings are really fun for most people.

A guy who flirts and then disappears is not usually very serious about relationships or committed to just one woman. Even if he genuinely likes you, he may be too caught up in the mindset of “the chase” and enjoy leaving you guessing.

Though this may seem exciting initially, it will quickly get old as it happens more frequently.

Overall, a guy who cannot treat you with respect and communicate openly will only hurt your feelings.

8. He is Awkward Around You

If a guy is particularly awkward, this might come across as him flirting and ignoring you interchangeably. He most likely doesn’t mean to do this, and he doesn’t know how exactly to interact with you.

He may get a burst of confidence and have a flirty conversation with you before ghosting you. This will usually be due to him losing confidence and not knowing what to say to you next.

This awkward behavior, though unintentional, can come across very badly and look like he is playing with your emotions.

Be honest with him about how his behavior comes across. This should help him to avoid this kind of behavior and find ways to talk to you even if he feels awkward and unsure of himself.