The United States Postal Service is a vast network that annually delivers billions of pieces of mail.

The United States Postal Service is also a law enforcement agency with the authority to open and inspect your mail for various reasons. Understandably, the prospect of the post office opening one’s mail could raise concerns about one’s privacy or safety.

In any case, below are nine scenarios in which the USPS may open your package: 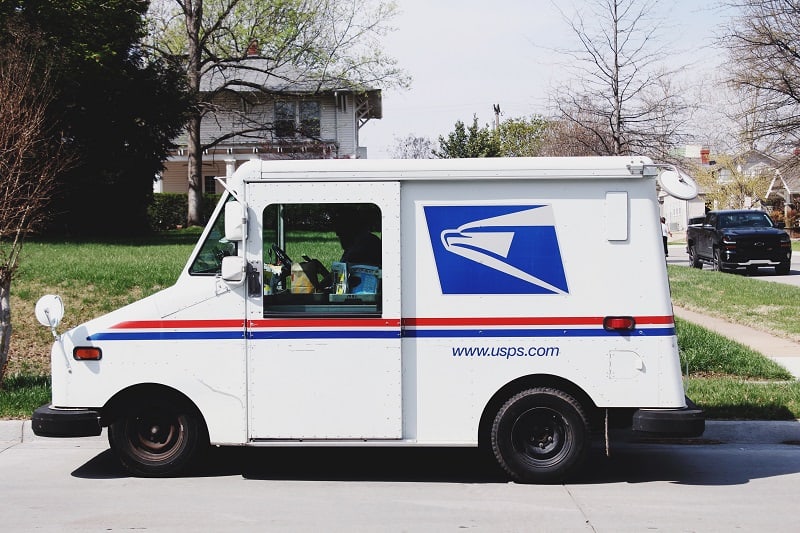 1. The USPS Can Open Your Package Due to a Warrant

The USPS can open your letter or package if they have a warrant.

Although this scenario does not occur frequently, it is possible. However, USPS cannot legally open on its initiative.

When a law enforcement agency requests that the Postal Inspection Service open a package, they need to provide probable cause of criminal activity and evidence that the sender’s address label was forged or made up by someone other than the customer ordering it.

The U.S. Postal Service will not open letters or packages without one of these two things happening first:

2. The USPS Can Open Your Package Under Suspicion of Mail Fraud

Using the USPS to defraud or deceive another person or organization out of money or other valuables constitutes mail fraud, a federal offense.

USPS has the authority to open your package if they suspect you are committing mail fraud. The most common forms of mail fraud include selling counterfeit and stolen goods and using fraudulent means to obtain government benefits.

Mail fraud can result in serious penalties, including imprisonment for 20 years and up to $250,000 fines.

A conviction for mail fraud also may result in civil liability for the victim if you used a United States Postal Service mailbox or postal carrier to carry out your scheme.

3. The USPS Can Open Your Package Under Suspicion of Drug Trafficking or Gun Trafficking

You’re legally protected from the government opening your mail or packages as a package recipient.

This rule is, however, subject to numerous exceptions. The United States Postal Service can open your package under suspicion of drug trafficking.

The USPS can open your package and search through it if they believe there is illegal content inside. This may include drugs, alcohol, or other substances.

You may be charged with possessing a controlled substance if they find illegal content in your package. If the contents are small enough, then the USPS may confiscate them and destroy them without charging you with a crime.

However, if there were illegal substances in the package, you could be charged with a crime and fined or sent to jail.

Additionally, the USPS can open your package if there is suspicion of gun trafficking.

The postal inspectors will inspect the package and confiscate any illegal guns inside. To do so, the postal worker must have reasonable cause to believe that the package contains a prohibited item.

They must also have information about the sender and recipient of the package.

To check for gun trafficking, the USPS examines the package for signs of its contents based on size, weight, and shape. For example, sending an envelope containing several small items like bullets or cartridges weighs more than it should.

It might be considered suspicious and inspected by authorities. It may also never be delivered. as it could be confiscated by the police.

4. The USPS Can Open Your Package Under Suspicion of Child Pornography

If the USPS suspects your package might have child pornography, they can open it.

Under 18 U.S. Code 2251 et seq., it is against the law to pass around child pornography. A violation can lead to up to 30 years in prison, depending on the circumstances.

The USPS has the authority to open packages suspected of containing illegal material, including child pornography. It’s not just your mail carrier who does this.

The postal inspector and other law enforcement officials can also open your packages. This can happen when they have a warrant or probable cause to believe that there is illegal material inside your package.

5. The USPS Can Open Your Package if It Contains Stolen Property

If your package contains stolen property, the USPS can open it, but only if they have a warrant and have tried to get in touch with you.

According to Title 39 of the U.S. Code of Federal Regulations, Section 233.3(d)(1), the USPS is allowed to open packages without a warrant in certain circumstances where there is a report that the package contains stolen property or contraband.

This rule applies only to non-mailable matter such as explosives or hazardous materials.

6. The USPS Can Open Your Package Under Suspicion of Counterfeiting Money

USPS can open a package and inspect its contents if they reasonably suspect it includes counterfeit currency.

The opening of a package without such proof or reasonable suspicion, however, would be a violation of a person’s constitutional rights.

For example, the printing could be blurry or uneven. Counterfeit currencies are often made using laser printers, producing high-quality copies of the printed material on paper.

The penalty for passing counterfeit currency can be up to 10 years in prison, a fine of $100,000, or both. If convicted of counterfeiting over $1 million in currency, you could face up to 20 years in prison and a maximum $250,000 fine.

As a federal agency, the Postal Service is subject to federal law. The USPS considers inspecting packages containing hazardous materials necessary to protect postal workers and the general public.

The United States Postal Service has the legal right to open any package that threatens its employees or customers, including packages containing hazardous materials.

The USPS has the legal authority to inspect any package that appears suspicious or out of place. This includes packages not properly sealed or labeled and those with an unusual odor or contents.

Additionally, any mail that appears to have been tampered with may be opened for further examination by an inspector.

This includes oversized envelopes and packages that do not fit in standard post office mailboxes or bins.

To prevent USPS from auditing your package due to label issues, check out our article here on shipping labels and stamps!

8. The USPS Can Open Packages to Ensure Compliance With Customs Regulations

To ensure compliance with customs regulations, the USPS may open and inspect packages at a customs agent’s request.

The USPS handles many items and parcels being sent to the United States, including items shipped via international mail. Before allowing these shipments to enter the country, customs officials must thoroughly examine their contents, including food and medicine.

Because of this responsibility, the USPS has developed rules regarding opening packages. These rules allow them to open envelopes and parcels to ensure compliance with customs regulations.

If customs refuse a package due to non-compliance with regulations, it will be returned to its sender without being opened or examined by postal workers.

USPS can open packages suspected of containing contraband, but they must have a warrant. Contraband is any item prohibited by law or regulation from being shipped through the mail.

Contrabands often include drugs, weapons, alcohol, and tobacco. The law regarding the shipment of contraband varies from country to country.

It is illegal to transport contraband across borders, even if it does not belong to the person transporting it.

Is It Legal for USPS to Open Packages?

USPS is a federal agency and therefore is bound by the Fourth Amendment of the United States Constitution.

Therefore, it is illegal for USPS to open packages without a warrant. Evidence of a crime and the need for a search warrant are two separate things law enforcement must prove to open a package.

What to Do if USPS Opens Your Package?

Packages opened by USPS without a warrant may be eligible for compensation.

The US Postal Service will be held responsible for any losses incurred during package opening. The value of the damaged property in the package will determine how much compensation will be paid.

The USPS is responsible for any damages to your package and whatever might have been inside it if they opened it and removed something from it without a reasonable suspicion that they might have been smuggling something illegal.

USPS has policies that allow you to file a claim against them if they open your package without a warrant or other legal process.

You can file a claim against them by following these steps:

Call the local post office where your package was delivered and ask for a complaint form. Then, fill out and submit the form to the post office.

What happens when your package goes undelivered? Does USPS Charge For Redelivery? (We Checked)

Be sure to include as much information as possible about what happened. Include details about what was in the package and why you think USPS employees opened it without a judge’s order or a warrant.

The post office will investigate your claim and contact you if more information is needed. They might contact you to ask for details on what happened with your package or if they need additional information from you regarding how it was delivered or damaged during transit through their facility before reaching its final destination.

USPS: Can my mail be opened?