There are many reasons why a person will settle down with a partner, whether to start a family, because they can financially afford it, or even from the societal pressures of the people around him.

Depending on his reasons, your guy might be ready to settle down: 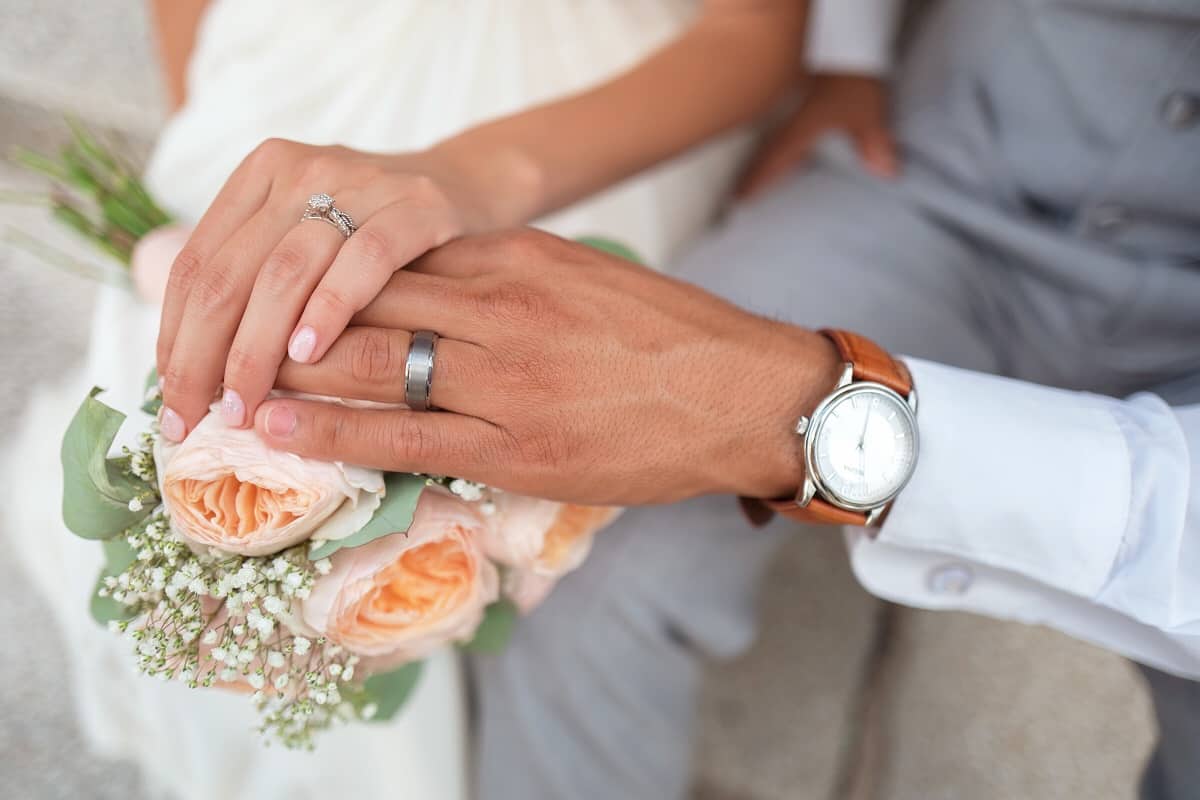 1. Her Values Align With His

One of the most important things that makes a man finally want to settle down is when he finds a woman who has values similar to his own. This is incredibly important in any partnership and can make or break a relationship.

These values could be anything from religious to political to family values. Anything that drastically affects his life will be a value that he will look for in a romantic partner.

Though opposites indeed attract, there have to be a few things in common for any relationship to work. Core values are things that two people must agree on if the relationship will last.

He may not have cared so much about these values when he was dating for fun, but a man looking to settle down will naturally look for a partner who matches him in life.

This is important in creating a sturdy foundation for the relationship and whatever life comes afterward. If two people are too different, it will be harder for them to create a life together.

2. He is Emotionally Mature

When a man becomes emotionally mature, he will become more inclined to settle down.

The more immature man doesn’t want to commit and only lives for the present pleasure. Casual dating men tend to hop from one girl to the other and are only in it for temporary fun.

Mature men will have grown out of this stage in their life and are looking for more than just short-term pleasure.

These men are looking for a life partner and not just a girlfriend. They will be looking for a woman who is also emotionally mature and ready to commit to a long-term relationship.

These men will have grown past most of their purely physical state of mind and will look for women who have more to offer.

They will typically look for women who are their equal or complement them in body and mind.

3. She is More Than Just a Romantic Partner

Men are usually ready to settle down when they find that one woman who is more than just a romantic partner.

She will offer much more to him and be someone he can see himself living with for the rest of his life.

One huge part of having a committed relationship that many people overlook is that it cannot be purely romantic. Of course, a relationship needs romance, but it cannot survive on romance alone.

A stable and mature relationship must be built on trust, communication, commitment, and support.

Romance can still thrive in a mature relationship, but it is not the only pillar. Instead, it is just one-half of what makes the two of you great together.

Some men may not necessarily feel ready to settle down, but they start to feel social pressure. Like women, men also can feel the pressure to settle down and commit once they hit a certain age or time in their life.

This pressure can come from all kinds of places, whether from friends, family, social media, or work.

It is not uncommon for men to start to feel the pressure from a girlfriend after dating for a few years. Both men and women will experience this kind of pressure at some point, as the people around them decide that it is time that they settle down.

It is also very common for men to start to feel the pressure to settle down, especially once they are financially able to have a family.

Make sure that your guy isn’t trying to settle down just from societal pressure alone. He may not be ready, which could spell disaster for your relationship in the long run.

5. He is Afraid to be Alone

The fear of being alone comes from an insecurity that all people have, causing them to settle down with someone too quickly.

He might believe that he is not desirable as a man or has bad luck with women. He might see his friends and family getting married and starting their own families, but he hasn’t yet.

The prospect of being alone indefinitely is a fear that weighs heavily on many people’s minds in all walks of life.

A man might feel this fear, especially if he struggles to find women with whom he can see a future.

This fear can grow only greater as he gets older, and he feels as though he is running out of time. It can feel like a ticking clock, and he is trying to outrun it but is getting nowhere.

This is a very understandable fear that almost everyone goes through at some point in their life.

6. He is Financially Stable

Men are taught to have the mindset of providers and may not feel capable of a committed relationship until they reach a financial goal.

Especially determined men may throw themselves into work until they achieve this level of success. He may also feel pressured by those around him once he achieves financial freedom.

When he is financially stable with a dependable job, he might feel the need to meet someone serious and settle down.

Furthermore, if he is already dating someone, this may be when he feels financially ready to propose. Men are expected to pay quite a bit of money for an engagement ring (though traditions have changed a lot in this regard recently).

Everything that goes into a wedding, a first house, and even a first child requires a lot of money. Even if his partner also works and has a stable job economically, both parties should be well-off before trying to launch their lives.

Having financial security will make him feel much more confident in settling down.

7. He is Getting Older

Men and women both have the natural desire to start to settle down as they get older and feel the clock ticking.

Women feel this due to fertility, while men often fear that they may become undesirable as they get older.

This can cause them to want to settle down before too late. This goes hand in hand with men becoming afraid of ending up alone.

It can be hard to meet people and find romantic partners and even harder to find single people when one gets older. This can create a desire to settle down with the right woman before it is too late.

8. He Wants to Have a Family

One of the most common reasons a man wants to settle down is to start a family.

He will begin looking for a woman who wants the same things as him and can help him achieve this dream.

This is a big driving force behind men looking to commit, as there must be some commitment if they want a family of their own.

This man is emotionally mature, has put his younger days behind him, and is ready to settle down. He will look for a woman whose values align with his own and have the same goals and dreams.

9. He Has Fallen in Love

Another common reason for a man to decide that he wants to settle down is when he falls in love.

This kind of man probably wasn’t even looking for a serious relationship. It just fell into his lap.

Some men stumble into settling down because they find just the right woman and fall in love. Instead of looking for the right woman to settle down with, they have done everything backward.

This guy may not have been ready to commit to a real relationship, but he changed his mind once he met the right girl.

Finding “the one” can completely change his goals and his future trajectory.