If you are on social media often, you may have seen videos or memes saying, “Only in Ohio.”

It is pretty trending nowadays all over social media, especially on Tiktok.

Now you may be wondering where this saying came from, how the trend started, and so were we, which made us look further into it. Here’s what you need to know about this popular saying.

Here’s Why People Say “Only in Ohio”:

Memes about Ohio weren’t exactly new. The saying came from a meme on Tumblr called “Ohio vs. the world,” which became trending in 2016. People say “Only in Ohio” when they see something bizarre or out of the ordinary in Ohio to poke fun at the state. 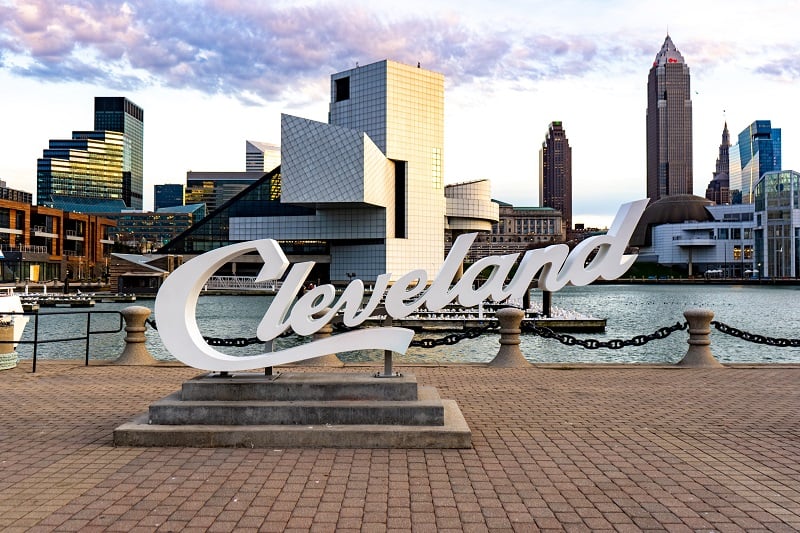 Where Do The Memes and Saying “Only in Ohio” Originate From?

Memes about Ohio first came out on Tumblr in 2016. While it started as a blogging site, Tumblr was one of the most popular social media platforms.

Many popular memes back then came from Tumblr, including the “Ohio vs. the World,” which became trending that same year.

“Only in Ohio” came from the saying “Ohio vs. the world.”

The saying gained traction on social media, and many memes, funny images, and videos came out.

The original saying was about the unknown dangers in the said state. Of course, these dangers were purely fictitious and did not exist.

The saying “only in Ohio” also pokes fun at the notion that nothing goes right in this state, which isn’t true. It is just something that people say as a joke.

How Do You Use the “Only in Ohio” Saying?

The saying “only in Ohio” is used when people see something weird or out of the ordinary in the Buckeye State.

People use this saying to caption photos of weird things they have seen in Ohio.

One example is a video on Tiktok that showed ducks surrounding a car, as though menacingly, and the person who posted it put the caption “Only in Ohio.”

There was also once a video of something resembling Bigfoot, and people commented that it could be seen only in Ohio.

Like the Bigfoot reference, Ohio residents have also been known to report sightings of the Mothman – a mythical winged creature resembling a man and a moth.

In another instance, in 2012, a patient at the Ohio Cleveland Clinic escaped from the hospital and went on a crime spree, robbing a bank and leading police on a high-speed chase.

People can’t help but post about strange happenings with the saying “only in Ohio” as the caption.

What’s so Special About Ohio?

There are a lot of things that Ohio is known for.

Ohio was the first state to implement laws that protect working women. Eight US presidents were also born in Ohio.

Neil Armstrong, the first person to walk on the moon, was also from Ohio.

Ohio is considered the birthplace of rock ‘n’ roll because of a DJ called Alan Freed, whose radio show became very popular in the 1950s because of his music.

The Rock ‘n’ Roll Hall of Fame is in Cleveland, Ohio.

This state is home to many famous college and professional teams across different sports like basketball, American football, soccer, and baseball. The Pro Football Hall of Fame can also be found in Ohio.

The Wright brothers, Orville and Wilbur, who invented the first motor-powered airplane, were from Ohio.

Plus, many inventions came from this state, such as the phonograph, golf balls, and gas-powered automobiles.

Is Ohio Really that Bad?

The saying “only in Ohio” is meant to poke fun at many of the weird and crazy things that have happened in this state, but it doesn’t really mean that Ohio is bad.

“Only in Ohio” became widely popular as a meme, and memes are meant to provide humor and entertainment. Just because something is popular as a meme doesn’t mean that it is necessarily true.

So even if this saying connotes that weird, bizarre, crazy, chaotic, or abnormal things are always happening in Ohio, it doesn’t mean it is always true. This saying is simply a meme meant to add light humor to situations that are out of the ordinary.

Weird things may have happened in Ohio, but weird things are always happening everywhere.

Are People in Ohio Really Different?

People in Ohio are no different from the rest of the people living in the United States.

Even though there’s a viral meme that pokes fun at the people in Ohio, it doesn’t mean that they are any different from the rest of the US population.

There are weird, crazy, and funny people everywhere in the world – not just in the United States and not only in Ohio.

What Is The Ohio Tiktok Meme?

17 Hilarious Only In Ohio Memes As Trend Takes Over Tiktok

18 Things Ohio Is Known And Famous For