The passing of a loved one is a terrible time to experience, even more so when you must attend ceremonies in regards to the passing.

While wakes and funerals can be difficult for most people, some find the act of saying goodbye in a formal manner comforting, and it can help ease the loss of someone they knew and loved.

Ceremonies and rituals like this have been done by humankind for centuries, and archeologists and anthropologists have been studying burial rites, funerals, and the way that we say goodbye to loved ones for decades. We’ve even found that people were holding funerals before humans could even write anything down.

This means that there is a lot of tradition and ceremony when it comes to saying goodbye, and one of those traditions is to say “rest in peace.”

However, RIP, or the acronym of “rest in peace” has become much more popular among pop-culture and social media as a form of saying “that’s rough, buddy,” or “I’ve done something embarrassing, I have symbolically died from it,” While this may sound ridiculous, it is actually very common to see RIP played out among text chats and conversations in 2020, and will probably continue for the foreseeable future.

In this article, we will explore the origins of “rest in peace” as well as its new use in different contexts and associations in social media today. 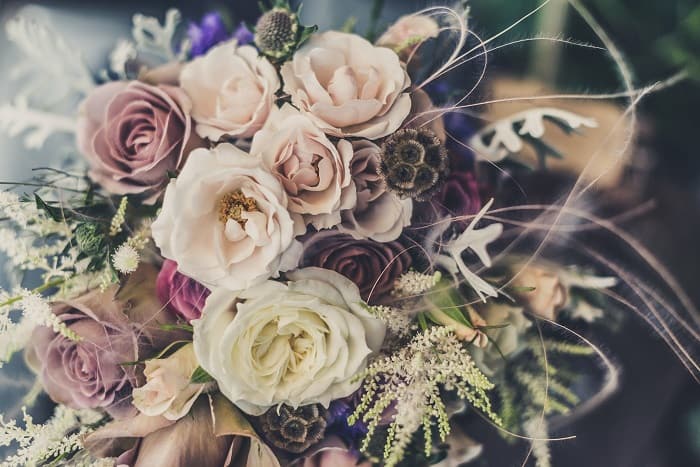 Where Does the Saying “Rest in Peace” Come From?

The term “rest in peace” originates from a Latin phrase that means “may the deceased person rest in peace,” or “requiescat in pace.”

Therefore, we can expect that this phrase is extremely old – in fact, requiescat in pace is thought to have originated as early as the year 700.

That means it is about 1,300 years old and is still in use today!

Not only does this show that human traditions are capable of sticking, but that ceremonies and funerals that we practice today may have been done nearly the same for almost two millennia!

There are actually many other ways to say rest in peace.

What Does It Mean Today?

The term “rest in peace” today means almost entirely the same as its supposed origin back in the year 700.

When we attend a funeral and the term, “rest in peace” is said aloud, it is clear that the meaning is that someone wishes the deceased love one rests peacefully or in the afterlife, therefore undisturbed and without pain or sorrow.

This is a phrase that is extremely comforting to those who say it and those who hear it in these difficult situations.

However, as we mentioned above, the abbreviation of “rest in peace” or RIP used in casual conversation or within a comical situation is generally assumed to mean that someone in the conversation has made a mistake, is embarrassed, or has failed at something.

For example, if you were to text your friend that you tripped and broke one of your cereal bowls, a friend may respond with a text that simply reads “RIP,” this means that they are sympathetic to your issue, but also recognize that it isn’t a dire situation and therefore they try to make light of it.

Many don’t find this to be appropriate, which we will discuss later in this article, but mostly the term is supposed to be a harmless one that is used within the proper context.

So while the full, spoken statement of “rest in peace” is meant to be comforting in an actual funeral environment, the abbreviation and its meaning have recently taken on a new form.

Is it a Christian Custom to Say “Rest in Peace”?

The Latin phrase requiescat in pace would most likely have originated from the Christian or Catholic church in the early days of Europe where Latin came from and spread for hundreds of years.

Although Latin came from Rome, the fall of Rome would have occurred 300 years before the phrase was first recorded in roughly the year 700. This means that it most likely came from either the United Kingdom or somewhere close by where Latin was still being spoken.

In that time period, Christianity was taking root and pushing out all other religions that were prevalent at the time, turning the European continent into a monotheistic religion.

Therefore, while “rest in peace” may have originated in Latin and been brought about by Christian churches or priests, it is not necessarily a solely Christian term any longer.

In fact, it is now more of a comforting phrase to use or say that others will acknowledge and appreciate than a religious prayer and doesn’t necessarily have that association with it.

Is it Appropriate to Say “Rest in Peace”?

In most cases of mourning or ceremonies of the passing of a loved one, it is appropriate to say the phrase “rest in peace” in its entirety.

Most English-speakers in Western culture – particularly the United States – are familiar with the term. It is not considered offensive in any way, but if you are at a gathering or funeral, consider observing those around you and those who are in mourning. Emulating their behavior is the best way not to step on any toes.

It is less appropriate to speak the term “RIP” out loud, as it could be misconstrued as less emotional, disrespectful, or even apathetic. This is in regards to the shift in the meaning of the term that we’ve discussed above.

Furthermore, in genuine times of sorrow, it is best to offer only sincere condolences, rather than any sort of comment that might be misconstrued as uncaring. The long, spoken phrase of “rest in peace” is more appropriate than “RIP”, but sometimes it is more appropriate to say, “Sorry for your loss” instead.

How Exactly Do You Use the Term Correctly?

Using the term correctly consists of observing the situation around you and those who are in mourning. To say “rest in peace” at a time of silence may not be appropriate, but if attendants of the funeral are each giving individual goodbyes to the passed loved one, you may say that on your own.

Furthermore, if mourners are using a different phrase, it would be appropriate to emulate that. If they are using the term, “I am sorry for your loss,” consider using that instead if you are not the one who has lost a loved one. This would work if you were attending the funeral of an acquaintance or distant relative and were consoling their immediate family.

Finally, use the phrase only when there is a moment to do so: during individual goodbyes or after a prayer is spoken, for example.

Saying “rest in peace” at random is not correct, and instead may be looked upon as uncaring by those who are present at the memorial or funeral.

Mostly, this term is appropriate to say during quiet reflection or on your own when saying goodbye to the person who is now gone, and should not be directed on its own toward anyone living.

What Else Can you Say Instead of “Rest in Peace”?

There are many different ways to say goodbye to a passed loved one.

You may have a tradition in your family where you say goodbye with gifts, food, different phrases passed down, and sometimes families hold large parties or serve alcoholic drinks at their funerals.

Saying goodbye is a cultural thing, and usually has roots in different histories and traditions all over the world.

While “rest in peace” is a more traditional phrase, there are many other phrases or terms you can use.

If you are speaking in reference to the lost loved one:

If you are speaking to the family or friends of the deceased:

Furthermore, if you find that you are at a loss for words in such a difficult time, do not worry. The loss of loved ones is a very difficult experience and does not always require you to say anything.

Instead, friends and family will do their best to care for you and make sure that you are alright – they will not force you to, nor expect you to, say anything or deliver words to the group.

Finally, if you are in a situation that requires delicate conversation or sincerity and politeness, speak from the heart and read the atmosphere of the room.

You may find that the experience is a lot easier when you feel comfortable within it.