The term “love” as a pet name in an intimate relationship can mean that the person you are with is offering you a term of endearment.

This could mean that he is serious about you and the relationship, as well as would like to test out the idea of using pet names.

Furthermore, the term “love” as a pet name is generally derived from British origin and can be spelled “luv,” depending on where you are from or your preference.

If you are in a relationship with someone who is not British but is still using the term, they may have heard it before and are reusing it as a pet name or term of endearment that they feel comfortable with.

Why does he call me “love”?

He may call you “love” if he intends to either try out a new term of endearment or lead the conversation toward “I love you.” Depending on the length of the relationship and the seriousness of your intimacy, both may be possible. The best way to know for sure is to ask him.

We will explore more about this subject in this article below! 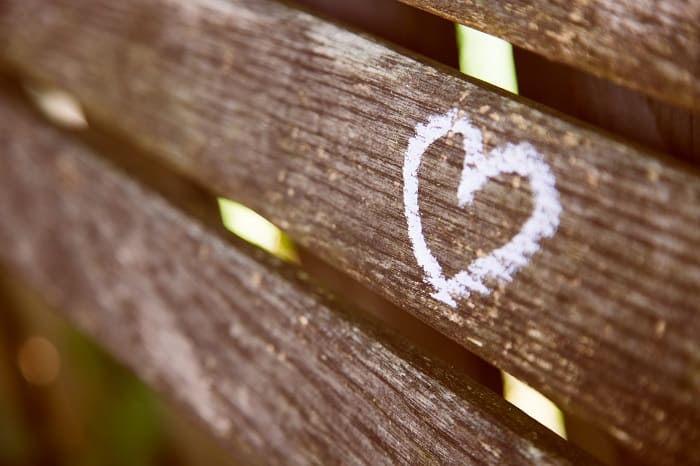 What Does it Mean When a Guy Calls you “Love” in a Text?

Depending on the seriousness of the relationship, calling someone “love” may be a term that means that they love you or want to be more open in your relationship about how they feel.

For example, friends can call one another “love” without romantic intentions if they’ve known one another for years and are comfortable showing affection.

You can start a journal for that reason, to monitor and document what he says.

Furthermore, those who are in Europe or the British culture will sometimes call strangers “love” when attempting to be polite or if they don’t know the stranger’s name. This is less common but can be used casually.

However, if your relationship is already romantic, has been going on for some time, and they call you “love” in a text, it may mean that “I love you” isn’t far behind.

Moreover, they may have already said, “I love you” before, and now would like to remind you of that by calling you “love” for short.

If they are sending the term in a text message, it is possible they aren’t ready to say it in person, or they are trying to make text messaging more personal and intimate by using a pet name.

How Serious is a Guy When he Calls You “Love”?

The seriousness of his affections for you may vary depending on the level of relationship that you have.

For example, if you are strangers, he may be using it as a replacement for your name if he doesn’t know it yet – therefore, it may not be a romantic inclination at all (as we’ve mentioned above).

If you are friends, it may be that he prefers this term of endearment to things like “best friend,” “mate,” “buddy,” or anything else that could be used. It might be a pretty bad sign if he expects you to do everything.

If he is older than you, it could be a term of endearment that means that he sees you as a younger person who he is fond of, like a younger sibling – however, this would only happen if he was from a different culture or has heard the British term before, as those who are from that culture will call family members, children, and younger siblings “love.”

Finally, if your relationship is clearly an intimate one, it may be that choosing the term “love” as a name for you will lead toward something a little more serious.

While this is not always the case, it can mean that he has strong feelings for you and is possibly using it as a way to say “I love you.”

The only way to know for sure is to ask him, and if it is something more serious, you should consider your response.

How Should I Reply When He Calls me “Love”?

It depends on several factors. Like, you should pay attention to how often he brings up other guys and friends.

When someone calls you “love,” it depends on your attachment to that person how you will most likely respond.

Again, if the relationship has not progressed far enough for you to rejoice in him calling you “love” as a pet name, you may not be ready to respond in a positive way.

If that’s the case, consider asking him what he means by that, and then let him know you think it’s too soon. He will most likely apologize and try to take things slower.

If, however, you are happy or excited that he’s called you “love,” consider using your own pet name back. If he responds positively, you’ve just gotten a little further in your relationship.

If he seems confused or upset by your own romantic pet name for him, consider asking him what his intentions were by calling you “love” to start with.

Most of the time, it is important to ask about what the other person is feeling or thinking when things like this occur. If they are open and willing to discuss their feelings, you can get answers to these questions much more easily!

What Does it Mean to be Called “Love Bug”?

“Love bug” instead of just “love” or “luv” is a more American term, and generally can be used for many things.

This is a term that would suggest the person who is being called “love bug” is a cuddly person, a loveable and excitable person, or someone who is very loveable and affectionate.

“Love bug” can be a much more casual term or something you can call your kids who are affectionate. Pets can also be considered “love bugs” when they are extremely cuddly, such as dogs and cats.

Therefore, if you are being called a “love bug” by your significant other, friend, family member, or otherwise, it may just mean that you are very affectionate and cuddly!

Finally, as we’ve mentioned before, it is most important to ask other people what they mean by calling you a specific name or nickname. If you’re unsure, asking is always the best way to go about it!