The idea that the United States Marines would really eat crayons is an absurd one and has been circulating the internet as a long-lasting and confusing meme for a while now.

Generally thought to be a “funny” insult to the United States Armed Forces, the “marines eat crayons” craze has confused many people and has even caused some individuals to think it was true. But where does this come from?

Why do people say that marines eat crayons?

The general idea for this phrase or statement is a derogatory term that suggests those that are in the marines have low intelligence or are stupid. This is mostly used as an insult and to insinuate that marines are lesser than the other branches of the United States military.

The true origins of this statement are unknown, but it continues to circulate in memes and forums online today.

What’s the Origin of the Saying “Marines Eat Crayons”?

The origin of why individuals online say or believe that marines eat crayons is difficult to pin down.

The phrase itself is a modern one and is considered to be a false-truth meme that people online spread for the fun of it.

Because it is derogatory to a branch of the United States Armed Forces, it is generally described as originating from either those jealous of the prestige and reputation that marines have or has been created and circulated by other branches of the armed forces that believe marines are not worthy of their title.

While there is no date and time to pinpoint the origins of this rumor or meme, the consensus is that its origins are from a group or individual that does not approve of or is jealous of the marine branch in the military. 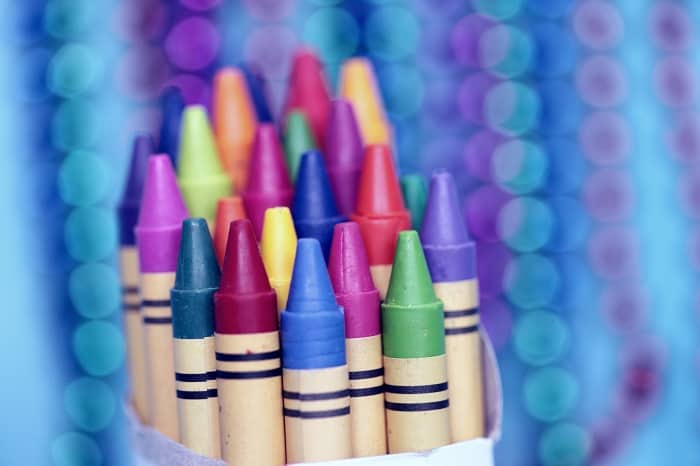 Marines do not eat crayons.

While the rumors continue to circulate the internet, the idea that marines eat crayons is widely known to be a falsehood. Instead, it is simply used as a joke or tactic to belittle that certain group of people.

Those who do believe it are quickly taught otherwise with a Google search, and it is clear it is simply “one of those things” people say online.

It is also common to see different variations of this joke played out in different ways, saying that marines are not allowed to learn to read or write until they make a certain ranking in their division or that marines are trained to be “slightly more intelligent than police horses to prevent problems during parades.”

Most comments are made to disparage this group of people in the same way that they use derogatory terms for other groups or members of organizations. It is not a kind phrase or statement to use and is, in fact, hurtful in many ways.

So, no, marines do not eat crayons and are not of lower intelligence than other branches of the United States military.

It is simply a long-standing, running joke.

What Do You Actually Eat in Marine Boot Camp?

Malnourishment and dehydration are huge concerns when it comes to any organization or group of people. The marines are no exception.

Recruits that are in training or marines out in the field are given particular foods and rations based on their level of training or current environmental situation.

For example, if you are a recruit at a base, you will receive three meals per day and are usually given food in a mess hall or cafeteria.

Those meals are often hot meals and include:

If you were a marine out in the field or in a war zone, your diet is going to differ greatly and will often consist of field rations and the basic necessities to keep you going.

Vegetarian options are also provided at many boot camps and bases, and most marines are able to meet their dietary restrictions.

Furthermore, it is made sure that marines are given the caloric intake they require to stay healthy when they are exerting a lot of energy, going through rigorous training, or losing weight.

This will prevent them from being malnourished or lose too much weight and become sickly.

Furthermore, marines are made to go through health checks or examinations so that they can be carefully monitored in case something goes wrong with their health. This prevents any sicknesses or spreading of illnesses to others.

Finally, marines are given proper portioning to guarantee that they are getting their carbohydrates, fats, proteins, vitamins, and water needed to keep their bodies fueled throughout the training.

What Are Some Typical Marine Jokes That Includes Crayons?

Typical marine jokes that include crayons will usually allude to the lack of intelligence that they are putting upon that particular group.

They will also simply be about eating crayons in particular.

For example, there is a joke about a husband and wife at a table in a restaurant. The wife looks at her husband, who is a marine, and points at the children’s menus with crayons attached. The woman will say, “look, appetizers.”

Other jokes will simply refer to marines as “crayon eaters” or “Crayola gobblers” and will use it in place of the word “marine.”

An example of this would be that someone would say, “Hey, crayon eaters, make sure not to get your feet wet in training, even though your boots are supposed to be marine-proof.”

This means that they are belittling their intelligence and lack of ability to function normally.

The overall consensus of this idea that marines eat crayons is a strange one.

Again, the origins of this joke are unknown, but most likely originate from a different branch of the United States Military who see marines as lesser, or those who are jealous of the prestige that marines receive when they join up.

Either way, the idea that marines would eat crayons, and that it is used as an insult to make fun of individuals signing up to be put into danger, leaves a bad taste in your mouth.