Emojis are so common nowadays that it is more unusual when someone doesn’t use them in text conversations.

Even at work and in emails, emojis are becoming the “norm” when it comes to online communication. So, why do some people stay away from emojis?

Here are 7 possible reasons that he doesn’t use emojis: 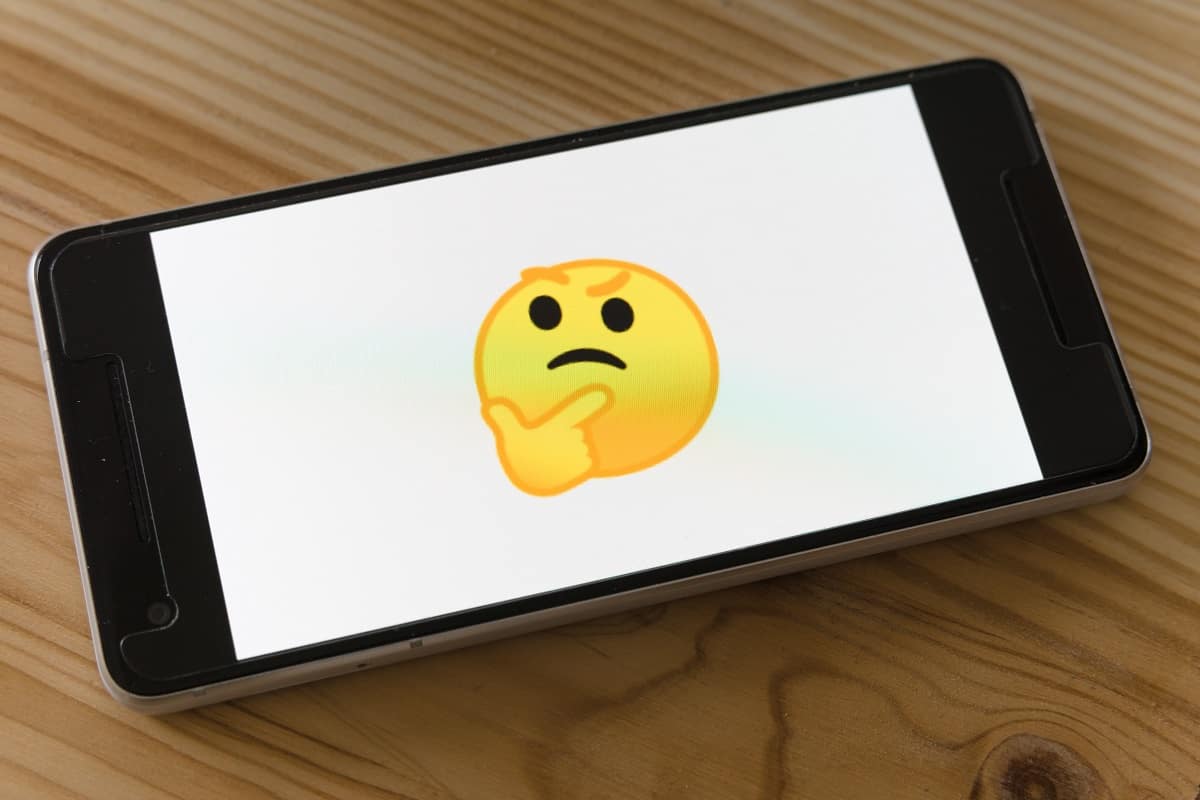 1. Your Relationship is More Formal

If you are a stranger to this person, he probably doesn’t want to use emojis with you.

Likewise, if you are classmates, he is your professor, your boss, or your landlord, he probably wants to keep things professional.

Not using emojis draws a very clear line between “colleagues” and “buddies,” and many men don’t like to muddy those waters. Instead, they want to make sure that both of you know that this relationship is professional or formal.

If you want to have a more playful relationship with this man, consider sending him emojis or asking him to be friends. If he is receptive to it, he will agree and perhaps his text messages will change their tone to be more fun and friendly.

If not, he will keep using words over emojis and keep that professional line drawn.

Should he want to keep things professional, make sure that you respect his wishes. Trying to push him into being more casual than he is comfortable with might just get you into trouble with him, or even end your professional relationship entirely.

Even your best friend might prefer not to use emojis because he thinks they are silly or dumb. He might like to remain serious and straightforward, using his words economically and efficiently to express his emotions over text.

This kind of guy doesn’t hate fun, and he just prefers to be more serious. Emojis can be very silly and sometimes inappropriate, so respecting that he wants to keep things more serious is a great way to support him and his personality.

You can still use emojis, but don’t pressure him to.

Pressuring him might make him think that you don’t respect his opinions or wishes. If he feels that way, he might get upset.

Especially if you bug him about it on a constant basis, he may even decide that being friends isn’t what he wants anymore.

If you have a grandfather or older boss that you message through text, you might notice he doesn’t use emojis. Sometimes this is just a generational disconnect.

Older individuals may think emojis are dumb or annoying, so they avoid them. Others may not know how to use them so they don’t want to look silly or embarrass themselves.

Cultural distances in technology, language, fashion, and taste can cause friction in relationships between two people who are of different generations. That friction can lead to misunderstandings.

It is, therefore, better to respect and support his wishes to stay away from emojis and allow him to only use his words.

Like with your serious or older men, some men can think that emojis are annoying or dumb.

Many people think emojis are overdone, annoying, and unnecessary. Those men will avoid using them and only write with words through text.

Furthermore, some men think that emojis have no place in the professional world so they won’t use them in emails or texts at work. While most people online prefer to use emojis for nearly every conversation, there are times when emojis are inappropriate.

Those inappropriate times are usually within a serious, professional setting, during a deep or personal conversation, or even between two strangers who don’t know each other well enough to use emojis.

If he thinks that emojis are annoying, he won’t use them. He may even ask you not to use them, too.

Especially when you have a deep conversation with a romantic partner or your best friend, they will want to be as clear as possible with their side of the conversation.

Being clear with words may even lead to an actual phone call, rather than text messages. This avoids any confusion and allows your man to use his words however he wants.

Sometimes, we can misinterpret emojis that our partner sends our way. If we are in a fight or deep conversation, that can wildly disrupt the meaning of someone’s words.

Therefore, some men will prefer to use their words – rather than emojis – to convey clearly and concisely their point.

Not all professional environments have embraced emojis and internet culture.

While the work-from-home movement has turned work into a more casual affair, some offices and professions prefer that emojis stay out of emails, direct messages, video conferences, and presentations.

These offices will have strict rules on using images or emojis in emails or texts to clients. They will also probably prevent their employees from contacting loved ones during work hours.

Keeping it professional at work is important to your guy, and if he is using a company cellphone, he might stay away from emojis, pictures, gifs, or memes.

Be patient with him and allow him to message you more casually later when he is at home or from his own device.

7. He Doesn’t Understand How to Use Them

Just like with older generations not wanting to look silly, some men prefer not to embarrass themselves by overusing emojis wrong.

Imagine you’ve been using a vocabulary word wrong for years until someone finally points it out to you. It can feel really embarrassing and maybe even deter you from ever using that word aloud again!

It is the same with emojis. If a guy is using a winky face with every person he talks to, only to find out that it makes his messages more romantically suggestive than he intended, he may get embarrassed and never use emojis again.

Furthermore, a guy may not be into social media, so he doesn’t get much cultural exposure to emojis and how they are used.

Emojis are almost like another language. Just like Egyptian hieroglyphs, emojis can have a lot of meanings when used in certain contexts.

Learning and understanding how emojis are used, when, and with whom takes time. If your guy doesn’t know the secrets to all the emojis yet, he might avoid them altogether.

Emojis are not necessary for all conversations, and not everyone has to like them.

They are a personal preference – one that your guy might prefer not to use. If that happens, let him decide how he wants to communicate.

There is nothing more annoying than being told, “you’re out of touch, you need to do this.” Maybe he prefers to be a little out of touch with the internet and texting culture.

Just make sure that, should you ask him why he doesn’t like using emojis, you don’t make him feel bad for his choice.