For any relationship to flourish, contact and communication are important.

Opportunities to interact and the ability to share feelings, experiences, and plans help to strengthen relationship bonds. These interactions can be in person or over the phone, but people hold different views about how often and how invasive those points of contact should be.

If you wish a guy would text you first thing in the morning, but he doesn’t, here are some possible reasons to explain.

Here are Some Reasons He Doesn’t Text You Good Morning:

If you never told him you wanted him to text you good morning, he won’t do it. He also might not be an early riser. He might not like texting or is respecting your space by not over-texting you. He might also be really busy. 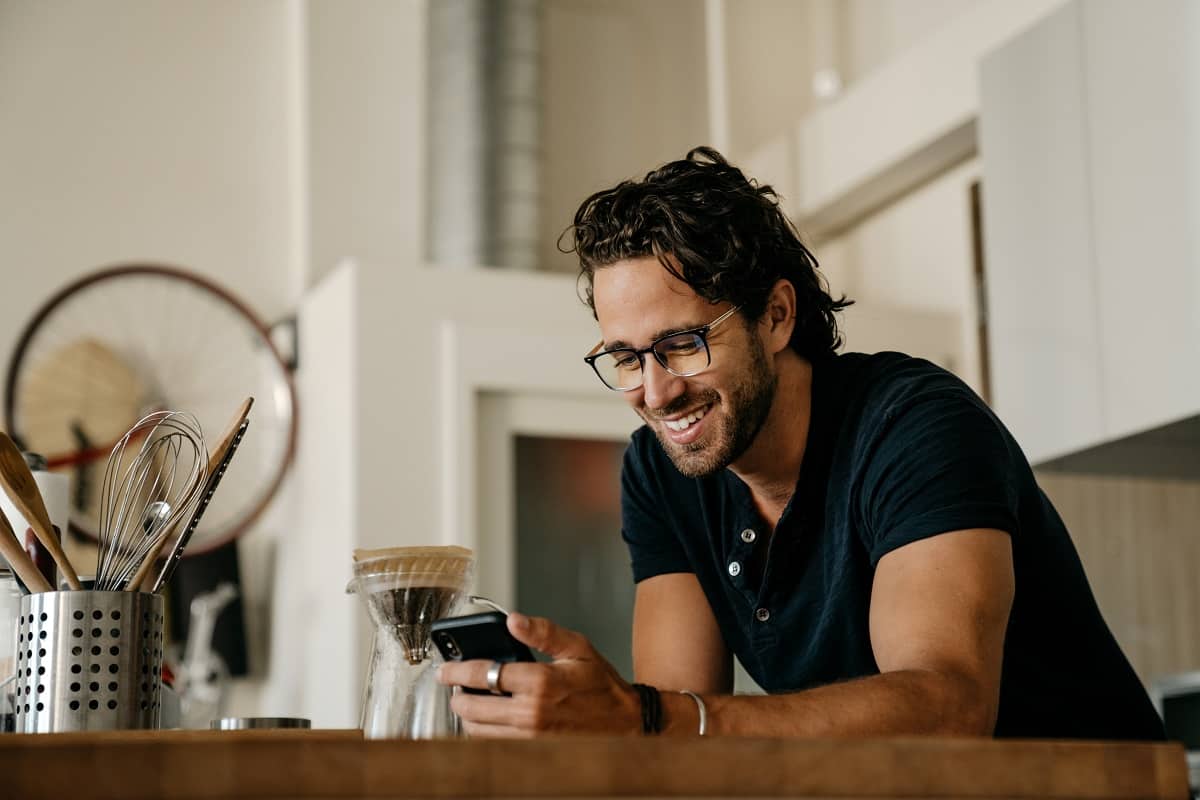 1. You Never Told Him You Wanted That From Him

Many friendships and even marriages are disrupted by failing to communicate our expectations.

If getting a morning check-in text is a desire you have, let him know that. Otherwise, a man cannot read your mind or predict your expectations.

If you have never mentioned to him that you would like good morning text messages, chances are you have also not expressed other expectations. That means you must take some time and be honest about what you want from a partner.

Run them over in your mind, or, better yet, make a list.

Double-check your ‘wish list’ to sift out realistic expectations from the unrealistic ones. Once you’re done and are satisfied with your list, it’s time to share them with your significant other.

It might be intimidating but respectfully come open with your thoughts. Choose a time and place when you will both be relaxed and undistracted.

Step back and give your partner time to process when you have both shared your wishes. Suppose he doesn’t process information or his emotions as fast as you.

Try not to rush him. Be patient and allow him enough time to sort it all out.

What Distinguishes Realistic Expectations From Unrealistic Ones?

It’s important to handle what makes an expectation realistic or not. That’s because people can ruin a relationship by building it around unrealistic expectations.

Here are some ways to tell if your relationship hopes are based on fantasy:

If you harbor those kinds of ideas, chances are, you have unrealistic expectations in your relationship and need to let them go.

2. He is Respecting Your Space

It may be that your significant other understands that love honors personal space and time. He might be someone who knows you both need time apart and believes it is healthy to live separate lives.

Here are some reasons daily communication may not be encouraged in a relationship:

If the guy you are dating subscribes to these ideas, he is less likely to text you first thing in the morning. It is his way of respecting boundaries.

He might also fear being considered clingy or annoying, so he wants to make sure he is keeping a safe distance between you.

If you know that you won’t think he’s being annoying, let him know that he can bring that boundary a little closer! Tell him it is okay to be more involved in your life.

3. He Hates Texting and Prefers to Meet in Person

According to dating psychologist Dr. Madeleine Mason Roantree, each person’s approach to texting might differ. She believes some people enjoy texting all day and like to keep in constant contact. (This person might be you!)

She also says other people hate texting and prefer to meet in person. (In this case, that might be your male friend).

This might be made worse if a guy sees you every day and your time together is an expected occurrence. If he already hates to text and likes to see you face-to-face, he may not feel the pull to use the phone to stay in touch.

When a couple already spends most of their day together, a guy might view early morning texting as simply too much.

4. He Doesn’t Want to Seem Too Clingy

A guy knows he should be the hero in his relationship with you.

So whether or not he feels insecure about his relationship with you, he doesn’t want to seem like it. The last thing a guy wants is his girl to see him as needy and clingy.

The problem is compounded if he has really strong feelings for you that he finds overwhelming. Texting you first thing in the morning would be putting his feelings out there and making him feel vulnerable.

So although he likes you, and finds your company amazing, texting you ‘good morning’ might not be something he will choose to do any time soon.

5. He’s Busy in the Mornings

Texting compatibility is all about the texting style of you and your partner. It addresses whether or not both of you are on the same page.

One factor that can determine a couple’s texting compatibility is differing schedules. If your guy works nights, he’s probably asleep in the mornings when you aren’t.

If he works days, he might be busy preparing for or commuting to work. Some days he might even need to go in earlier than usual.

Which Jobs Have Odd Hours?

Here are some jobs which are known to have odd hours:

If you happen to be in a relationship with a guy who works in one of these jobs, expecting him to text you ‘good morning’ could be a stretch.

6. He is Not an Early Riser

There is a popular saying that the early bird catches the most worms. Even if this is true, it may not be so for this guy you are dating.

There are three variants: the morning type, the evening type, and those who are neither.

Also called ‘early birds,’ persons with the morning chronotype are more likely to sleep from 9 pm or 10 pm and can wake up even before dawn.

These early risers stay productive up to midday.

Evening chronotypes are also known as ‘night owls.’ These late risers have trouble falling asleep before 1-2 am.

Then they will sleep into the afternoon and be most productive from midday to four pm.

This chronotype is called ‘hummingbirds.’ They sleep from 11 pm to 7 am, or 8 am. They make up the majority of the human chronotypes.

Some people are indeed early risers since their bodies are naturally wired for it. That may be your chronotype.

However, do not forget your significant other may be one of the night owls. That’s a very plausible reason to explain why you’re not getting the ‘good morning’ text messages you have so long for.

It is a harsh fact of life we all have to face at some point – a guy may just not like you. When couples are really into each other, keeping in touch with each other seems seamless.

When the excitement wears off, you get the chance to step back and honestly assess how you feel.

If a guy is losing interest in you, there will probably be more signs than just his failure to text ‘good morning’ to you.

Here are a few more signals of a fading love:

When dealing with a guy who doesn’t send you ‘good morning’ texts, be on the lookout for other telltale signs that he is losing overall interest.

If a guy is losing interest in your relationship, the most important step is to talk with him. Share with him what you have been feeling and observing. Let him express what has been happening to him as well.

In all this, try to be patient and not raise your voice. If you agree that moving on is the best thing to do, allow him to go.