Diamonds are probably the most precious stones out there considered by the human race today.

Because of this, they have been sought out, dug up, and even illegally traded for centuries, making them one of the most expensive items that a person can possess.

In the 1940s, diamonds became the new stone to include in engagement rings, which were once only made with precious metals or gemstones.

“Diamonds are forever” was the advertising slogan that sparked a huge shift in the production and excitement over diamonds, which has caused the industry to skyrocket ever since.

Are diamonds still being formed?

Natural diamonds are still being formed and can be as old as half a billion years. Because of this, new diamonds forming in nature may not be discovered by humans for a very long time. However, humans have turned to create diamonds in laboratories.

New diamond veins haven’t been found in recent decades, and it is a worry for some corporate industries that there will not be any naturally occurring diamonds for a very long time. 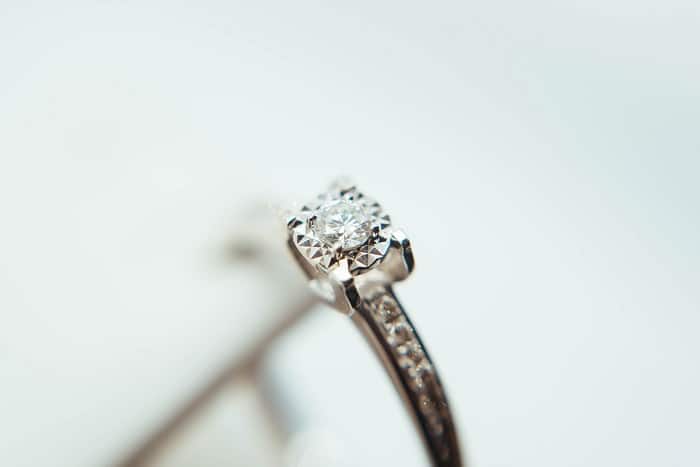 Where Can You Find Diamonds Today?

Once formed, these diamonds are pushed to the surface from the activity of volcanic eruptions or the movement of “subduction zones,” which push them up from the ocean floor.

Because of this, diamonds are actually quite rare, even if we see a lot of their quantity in jewelry stores.

A subduction zone is a tectonic plate boundary where two of the earth’s plates converge, where one is pushed beneath the other – causing earthquakes and volcanic eruptions.

Therefore, finding a diamond today requires knowing the deep intricacies of how diamonds are formed and how they are brought to the surface.

It is nearly impossible to “stumble upon” a diamond today, and in fact, a highly-guarded or regulated diamond mine is one of the only places to find a diamond in nature.

The only active diamond mine in the United States is the Crater of Diamonds Mine, which is located near Murfreesboro, Pike County, Arkansas.

More abundant and popular diamond mines tend to be located in southern Africa.

The only way for the average person to find and obtain a diamond is to purchase one.

While there are many family heirlooms out there, most diamonds tend to cost quite a pretty penny in your local jewelry store.

If you are so inclined to find and wear diamonds, spending money is going to be a major factor.

While it is nearly impossible to “stumble upon” a diamond in nature, there are some individuals who will treasure hunt in the United States for precious gemstones – even diamonds!

Often, these treasure hunters will trek through abandoned diamond mines that are no longer in use and will undertake many dangers.

If they are lucky, they can sometimes stumble upon precious stones and even diamonds, which sell very well, depending on who you ask.

Rock hunters and treasure seekers are incredibly well-versed in their craft, and it is not advisable for newcomers to go out alone or even to go at all.

If you are a treasure-seeker, consider studying geology and pursue training in navigating mines and caves in order to find these precious gemstones.

How Long Does it Take For Diamonds to be Formed Naturally?

A diamond’s journey begins in the very bowels of the earth, deep, deep below the mantle and crust.

The amount of pressure present in the mantle is what shapes a diamond out of carbon, which causes it to gradually form over a very long period of time.

However, because the diamond is so far below the surface, getting it anywhere near where humans can dig to find it requires volcanic activity that pushes the diamond toward the surface of the earth.

Altogether, this process can take between one and three billion years!

Because of the lengthiness of this process, humans fear that they have exhausted the number of diamonds readily available on earth, and therefore must adapt to the diamond market by other means.

Namely: building diamonds in laboratories themselves.

Are Diamonds Being Produced in Labs?

There are artificial or synthetic diamonds that are being made in laboratories today.

Research began to create diamonds by manmade means as early as the late 1790s.

The most successful reporting of creating diamonds nearly 200 years later was in the 1970s and 1980s when diamond synthesis and the creation of gemstone-like quality was first reported.

These synthetic diamonds have much of the same properties and chemical composition of a real diamond and are very hard to distinguish from the real thing.

Furthermore, these diamonds are roughly 15%-30% cheaper than the real thing.

However, it is important to remember that synthetic diamonds are closer to the real thing than “simulated diamonds,” which are fakes, and are usually cubic zirconia (a stone manufactured in a lab without the same chemical properties of diamonds).

How Many Diamonds Are Left in the World?

It is hard to pin down how many naturally occurring diamonds are left in the world, especially since much of the diamond industry is shadowed in suspicious or criminal activity.

However, there are official reports and statistics from worldwide corporations and mining companies that do record their influx of diamonds.

According to Statista.com, there is roughly an estimate of 1.2 billion carats of naturally-occurring diamonds in reserves worldwide as of November 13th, 2019.

This means that these are only the diamonds found in the earth and excavated or mined by major corporations and companies.

Russia is on record as having the largest reserve of diamonds, which is estimated at 650 million carats.

Will We Run Out of Natural Diamonds?

No resource is infinite, especially one that can take billions of years to form.

Just like fossil fuels, diamonds are a relic from prehistoric times that have been slowly and carefully created and then since harvested by humans and burned through as quickly as possible.

Because of this, it is very likely that we will run out of naturally occurring diamonds in the nearest future.

While it is unclear when that will be, the value of natural diamonds will definitely skyrocket as that time approaches. Synthetic diamonds already make up nearly 98% of commercial diamond industries that most engagement rings are bought from.

If you are looking for an official, natural diamond, you will need to make sure that your ring, pendant, or bracelet is certified upon purchase, else you will end up with a lab-grown diamond.

There has not been a new diamond discovery since the 1980s in Canada, and it is unlikely that there will be another.

If, however, a new diamond discovery is found, it is unlikely that diamond prices and value will go down very much.

In fact, it may be that the new diamond vein or mine will instead be well fought over, and possibly protected upon discovery – especially since natural diamonds are so rare these days.

Even worse, if a new diamond mine is found, it is possible that those diamonds will be reserved for only the highest-paying customers, making diamonds even more impossible to obtain by working-class demographics.

The diamond industry is a very privileged and classist one, and often their advertising preys on the idea that “if it isn’t a diamond, it isn’t an engagement ring.”

This alienating ideal, paired with the rarity of natural diamonds, is what significantly increases the incredible price of a diamond, no matter its size.

Even the smallest diamond could cost you hundreds of dollars, making it the most expensive piece of jewelry you will own.

The newest generation of millennials and Gen Z, who are getting married, have adapted to the economic crises of 2008 and are working hard to redefine what makes a good piece of jewelry. Often you will see millennials opting for minimal rings without gems and made from iron, wood, or even bone.

This is unique enough to be an engagement ring, but not so expensive that it requires being part of the diamond market.

Furthermore, since the trend of diamonds in engagement rings didn’t start until the 1940s, it would be no surprise if diamonds fell out of fashion very soon.

How Do Diamonds Form? – Geology.com

So, What Are Diamonds Made Of Exactly? And Are Synthetic One’s Real?