Families, museums, and displays have been able to preserve and keep even the most ancient diamonds in excellent conditions, which is great for someone who wants to pass down their heirlooms to future generations.

Diamonds are naturally occurring gemstones that were created billions of years ago in the earth’s crust and slowly pushed upward over time.

Diamonds are considered a naturally occurring, inorganic, and nonrenewable resource. It is important to remember that a diamond can last many lifetimes if taken well care of, so we shouldn’t run out of them any time soon. However, diamonds are a finite resource. 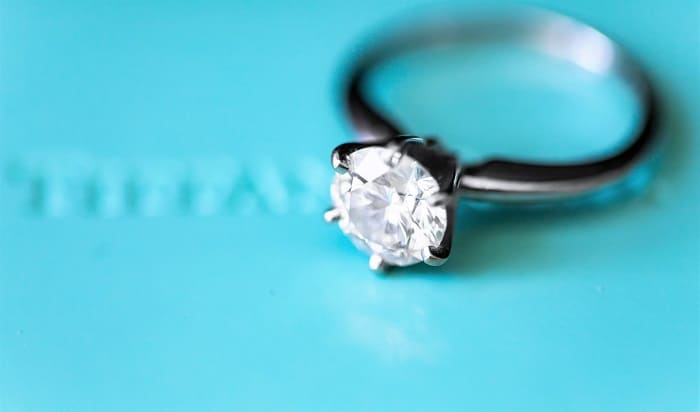 Are Diamonds Natural or Manmade?

In the wake of modern technology, diamonds have been known to be manmade in laboratories using the most powerful technology, and with extreme, simulated conditions.

However, most diamonds that have been passed down in families, the ones in museums, and in most bridal stores, are formed from the earth.

Diamonds are actually quite lightweight compared to gold, silver, and gemstones in general.

In nature, diamonds were created billions of years ago, beginning their lives as carbon. They are formed nearly one hundred miles underground in temperatures of at least seven hundred and fifty-two degrees.

Once a diamond is formed, it can take millions of years before they are pushed to the surface from the movement of a “subduction zone” or a tectonic plate boundary pushed beneath the other using volcanic eruption or earthquakes.

Finally, diamonds can be mined by humans. However, it is nearly impossible to just “stumble upon” a diamond today.

Many of the diamond mines and deposits in the world are either privately owned or monitored by major governments.

Some of these diamonds are even considered “blood diamonds” due to the harsh conditions miners, and their families are subjected to in order to pull these ancient stones from the earth.

Because of this, many have decided that buying a naturally forming diamond is no longer ethical, and instead, favors more toward manmade diamonds.

Also, diamonds are not biodegradable contrary to what some people think.

Lab-created diamonds are just as real as a diamond that you could find in a mine.

Many people believe that lab-grown diamonds are somehow inauthentic, but the technology and extreme, simulated conditions do lead to an authentic diamond.

There are some differences between a lab-grown diamond and an earth-formed diamond in that under a microscope, you can see slight differences in their structure lines and patterns, but to the naked eye, they are completely the same.

Furthermore, they are chemically the same, as scientists have been able to take carbon and pressurize it into the diamonds you buy in stores today.

Earth-formed or not, you are going to get a chemically genuine diamond when you buy from legitimate retailers, and there are still plenty of natural diamonds left in the world.

An organic compound is something that encompasses any of the four main categories of organic materials that are found in living things:

The idea of “organic” is usually reserved for foods, plants, or other materials that are grown or created from living materials (such as a hemp tote bag).

Diamonds, like other gemstones, are not considered created from living materials.

Diamonds are a form of carbon, which is not considered to be an organic material under those categories that we have listed above. Because a diamond is a mineral, or a solid, crystalline substance, it is classified as an inorganic material.

The quick answer to this question is “no,” diamonds are NOT considered organic compounds.

Is Diamond a Raw Material?

A raw material is a substance or material that is used in the primary production or manufacturing of goods.

They are also the basic material from which a product is made.

Examples of raw materials are:

As we established before, diamonds are considered a mineral.

This means that they are mined or found in nature and were formed from the earth.

However, because a diamond is not necessarily “a substance or material that is used in the primary production or manufacturing of goods,” but rather shaped and sold as they are, it is unclear whether they can be considered as such.

A diamond is basically carbon that was pressurized in hot, extreme conditions beneath the earth’s crust for a very long time (sometimes millions of years) and then pushed to the earth’s surface from earthquakes and volcanic activity.

If you were to take a fully formed diamond now, and subject it to further, extreme conditions, it would devolve into a form of graphite. This means that diamonds have several different stages.

If you were to define a raw material as the basic material from which a product is made, and consider that the product and material are both diamonds, it is possible to categorize it as a “raw material.”

However, from the basic definition of “raw material,” diamonds are most likely NOT considered as such.

Do Diamonds Come from Coal?

It is generally miscommunication that diamonds are directly created from coal.

If you took a chunk of coal and subjected it to laboratory conditions in order to make a diamond, you would probably fail.

This is because a diamond is created from pure carbon, and coal is created from decaying and ancient plants, as well as hydrogen, nitrogen, oxygen, sulfur, arsenic, selenium, and mercury.

Furthermore, coal could be considered an organic material because of its creation from decayed and fossilized plants, while diamonds are still inorganic.

Coal is muddied up with so many different things it could never create a diamond. Therefore, diamonds could not at all be formed from coal because they require a pure form of carbon.

Can Diamonds be Replenished?

Diamonds may still be forming in the earth’s crust as we speak.

However, as we’ve mentioned a few times in this article, it can take millions of years for a diamond to both forms and be slowly pushed up from within the earth to reach us, humans, on the surface.

Not only is that not very deep in diamond standards, but it is also incredibly dangerous to mine so deeply and to allow humans to delve that deeply into the surface of the earth.

Therefore, we could never hope to reach the site where diamonds are currently being formed, as the pressure and heat alone would destroy any human technology or person who dared venture down there.

How Many Diamonds are Left?

In our article, Are Diamonds Still Being Formed? We mention that diamonds are well-preserved if taken care of properly.

This means that there are still billions of carats of diamonds in world reserves as of today, not including diamonds sold on the black market, those that are private and not counted, and those that currently are locked away or are not in circulation.

So, while diamonds do take millions to billions of years to form, we aren’t going to run out of diamonds any time soon.

However, diamonds are a classist item and are usually not distributed to low-income families as often, making them rare and difficult to possess for anyone who isn’t rich.

What About Diamonds Made in a Lab?

Diamonds in labs are being created but not at the pace that you are imagining.

It took nearly 60 years to perfect the creation of a lab-grown diamond, and the process to make one is complicated and takes a lot of energy and resources.

According to Adadiamonds.com, it can take between 7-10 days to grow a single, 1-carat lab diamond, and about a month to grow a 3-carat diamond.

Because of this, anyone looking for a large gemstone will be waiting a long time, or they will have to pay a large amount to make it worth the creation of such a diamond.

Furthermore, even though we can grow diamonds in a lab, this does not mean we can replenish an entire earth’s amount of diamonds that we are working through in the diamond industry.

Are Diamonds Renewable or Nonrenewable?

The creation of a diamond requires billions of years and a lot of extreme conditions.

Therefore, they are definitely considered a nonrenewable resource.

Even with lab-grown diamonds, it would be impossible to renew diamonds on a constant enough basis for how many we mine and sell each year.

However, keep in mind that diamonds do last a very, very long time. They are sturdy substances, and they often can last generations, passed down from family member to family member.

There are diamonds in museums from the beginning of recorded human civilization!

So even if you don’t get a diamond in your lifetime, it is possible your children, grandchildren, or great-grandchildren will own or possess a diamond that was mined over a hundred years ago from today.

How Long Does it Take to Grow a Diamond?

What are Lab Diamonds?

Do Diamonds Really Come From Coal?