Fitness models can amass millions of followers and make a lot of money showing off their fit, toned bodies on social media.

That fact alone would indicate that fitness models have the ideal body type, right?

Well, based on some scientific findings, one of the reasons why guys prefer fitness models has to do with evolutionary psychology. As humans, we have deeply ingrained ideas about attractiveness and desirability.

We might not know that what we find attractive is based on perceived fertility. Basically, there is a theory that the people who we think are attractive are ones that we think would have strong offspring, even if we aren’t actually looking to have children with them.

So with this in mind, let’s look a little more deeply at what men generally find physically attractive in women:

Most fitness models make their living based on their bodies and modern beauty standards. Fitness models tailor their looks to appear attractive using those deeply ingrained biases. These are based on the idea that certain levels of “fit” mean “healthy” and therefore more attractive. 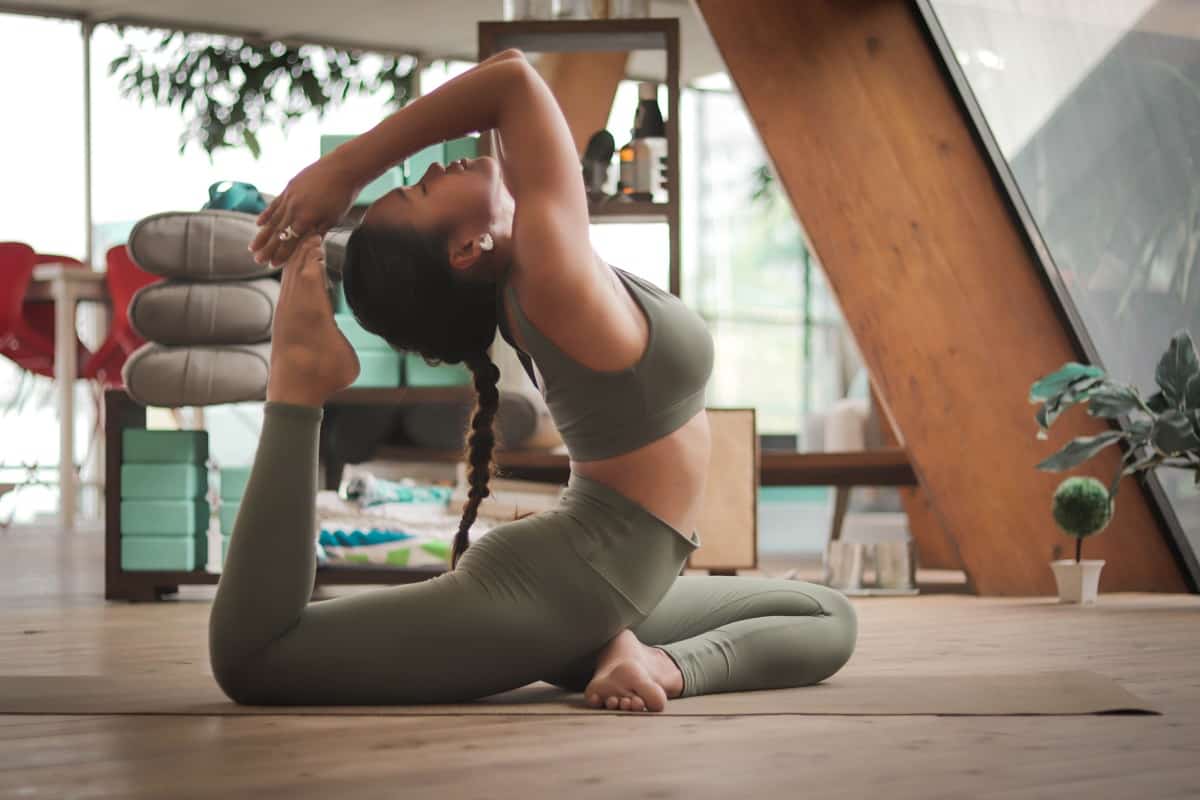 Do Men Prefer Fitness Models Or Girls With Curves?

One of the significant indicators of attractiveness in women is what’s known as the Waist Hip Ratio (WHR).

WHR is essentially a measure of the difference in size between a woman’s waist (above her belly button) and her hips. A corset or waist trainer effectively creates an exaggerated version of this.

So, for example, if a woman’s waist and hips have the same measurement, that would equal a WHR of 1. A WHR of 0.7 was most attractive when paired with a healthy weight.

Women with a WHR of 0.7 who appeared underweight didn’t rate as highly.

Additionally, women with larger breasts and small hips were considered more attractive. Again, these traits indicate high fertility levels, which is essential even if people don’t understand that they’re looking at when they rate attractiveness.

Where Do Fitness Models Fall?

It’s hard to pin down specific answers to questions like these since there are so many factors. One of those factors is that fitness models come in many body types.

Suppose you type in ‘fitness model’ on a social media platform’s search bar. It will yield many, many types of results.

Some fitness models are extremely muscular in a way that generally makes people think of bodybuilding.

There is even a class called the “Fitness” class within the women’s bodybuilding world, where women pose and show off their muscles and complete gymnastic or dancing routines set to music.

Some women who are considered fitness models feature photos that showcase the more fitness-related aspects of what they’re doing, such as doing exercises in the gym or at various competitions.

The focus in those photos isn’t on their bodies but their abilities, which could indicate to a person who looks at them that they have strong genetics.

This may be more attractive to some men than looks alone.

Additionally, fitness models are not overly muscular but pose in their photos to accentuate their breasts, hips, and waist.

These poses are seen as sexy because they’re tapping into that part of the male brain that appreciates those parts of the female anatomy from an evolutionary psychology perspective.

But as with everything on social media, it’s key to remember that people don’t look like they do on their Instagram all the time.

Beauty standards for women and men have changed throughout history, and in today’s world, the trend seems to be moving away from men desiring ultra-thin women.

However, a study done in the UK evaluated perceived attractiveness in both long-term and short-term partners.

Men were more likely to choose the skinnier body type in short-term partners even though they perceived it less healthy. For long-term relationships, men preferred the woman who was more muscular and had a higher perceived level of health.

In short, men generally liked toned women if they were looking for a partner to have a long-term relationship with, which again suggests that perception of attractiveness is based on a person’s fertility.

This shows that we’re usually much harder on ourselves, and it’s important to remember that physical attraction is only one part of a healthy relationship.

Some research states that features outside of body shape are more important when a man assesses a woman’s attractiveness.

Other features like large eyes and full lips could be signs of youth and thus higher fertility levels, so many men also rate those qualities as highly attractive.

Additionally, a woman’s skin tone, which tends to have more red undertones when a woman is ovulating, has been shown to change the level of perceived attractiveness.

However, it is likely that your average guy probably wouldn’t notice something like that, or deem it more attractive.

But let’s remember that these are all generalizations. Culture differences, personality differences, and personal values all play a part in what people find attractive.

A muscular guy may find an athletic woman attractive since they share a dedication to health and fitness.

Another muscular guy may prefer women who aren’t as fit because they may consider muscles a more “masculine” trait and therefore like female partners with less muscle mass and more body fat.

Some couples love working out together. Having a gym buddy who is also your romantic partner can make things more romantic!

If both partners enjoy working out anyway, it can be a wonderful shared experience. If one person has more experience in the gym, they can teach their partner about working out and what they do, which can create a bond and awaken a shared passion.

If you’re working out together, there are also specific exercises designed to complete with a partner, and these can help with physical strength and increase intimacy.

If you’re working out simultaneously but not necessarily together, having someone you’re accountable to can help both partners keep more to a routine. Working out together is also a great way to support each other as you work towards goals.

But some people use the gym to socialize with their friends or as their “me” time.

The gym can be a considerable aspect of self-care for men and women alike. Some people would be uncomfortable working out with their partner if they want on that time alone.

It depends on a person’s gym or workout routine, and if that’s something you can incorporate into your relationship in a healthy way, who doesn’t love couple gym selfies?

How Can You Tell If A Guy Prefers A Fit Girl?

Ask him. Whether you outright ask him his favorite body type or ask who he thinks is “hot,” most people are happy to talk about who or what they find attractive.

Consider his previous girlfriends. Many people have a physical type that they prefer, so people they have been in relationships with tend to have an overall look.

If they follow a lot of fitness models or curvier women on social media, you can generally figure out who those men find attractive.

The best way to find out if someone is attracted to you or not is to interact with them–talk, flirt, read their body language.

That will give you a better idea of what they like about you and if you have a future together, whether you’re looking for a short-term fling or a life partner.

Misperceptions of opposite-sex preferences for thinness and muscularity