Jealousy can spring up between friends for many different reasons, and it is very common.

If you are dealing with jealousy in a friendship, consider where the cause is coming from:

Here’s What Can Cause Jealousy in a Friendship:

Jealousy in friendships comes at the root of self-doubt when our friends seem to be doing better than us. This could be due to factors such as outward attractiveness, success, partners, careers, or financial stability. Jealousy happens, but when it goes too far, friendships can crumble. 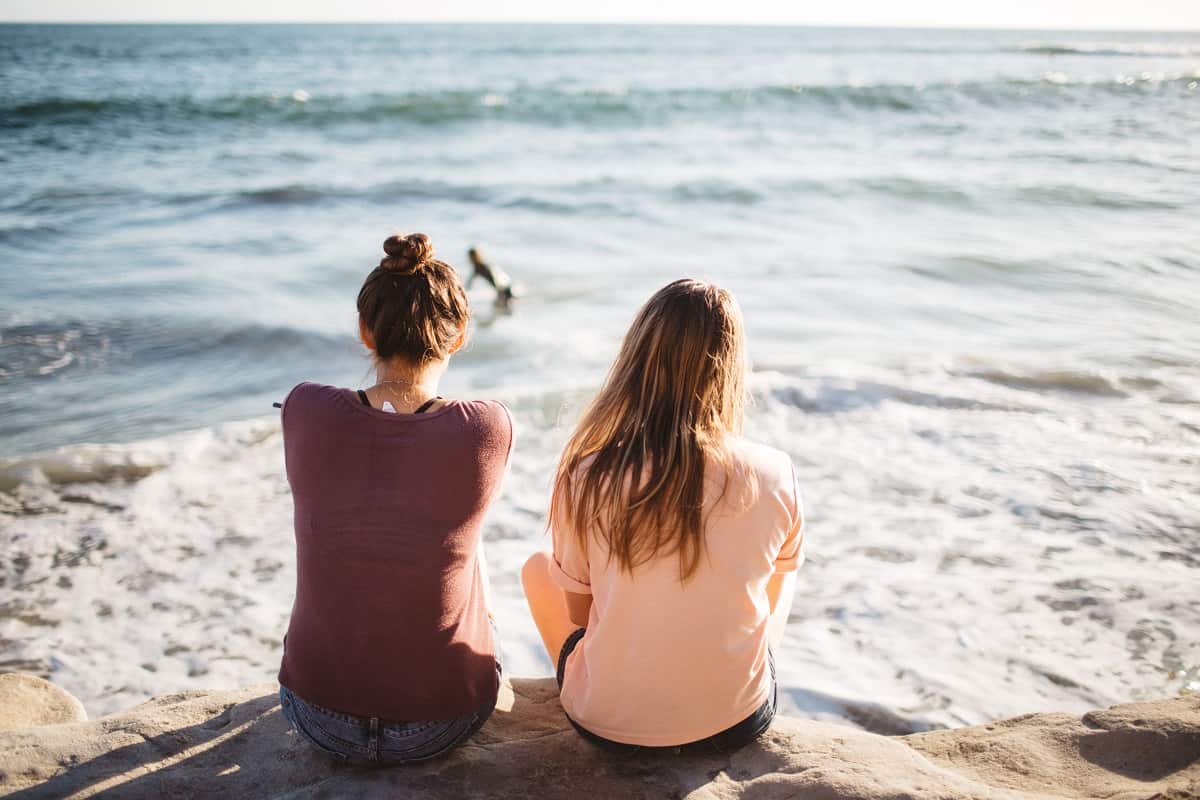 When There is Self Doubt

Self-doubt is the root of all insecurities and can easily drive a wedge between even the best of friends.

This is where jealousy first takes form and only starts to grow from there.

We all have some level of self-doubt, but some people let it grow to be much larger than others. Some friends can become so overwhelmed with self-doubt that they begin to resent each other.

This can be very one-sided, but sometimes it can go both ways, with each friend envying the other.

This is a bad road to go down and can often result in friendships being destroyed if they cannot control their jealousy. That or it can become strained and no longer feel like a natural friendship.

We all have self-doubt and insecurities that we cannot always control, but those who do not try to control them will struggle to hold onto real friendships.

Many people are born with a competitive streak.

Friendships can become aggressive and toxic before completely falling apart, which happens when friends start to become competitors.

A little healthy competition never hurts anyone, but it can easily go too far amongst close friends.

Even friends who are not competitive can easily find themselves the target of competition. Some people are incapable of seeing friends succeed without getting jealous and then competitive.

This can quickly go downhill and result in a destroyed friendship.

It is normal for friends to be a little competitive but it has to be felt in the right spirit. Mean-spirited competitiveness seeks to see the other person fail where you succeed, which can only break apart a friendship.

When One Friend is More Attractive

One common cause of jealousy among friends is when one is more attractive than the other.

It is common for people to look different. We do not usually choose our friends based on how they look. Friendships are based on personality and how well we get along with each other.

Because of this, some friendships may look very different, with some friends seemingly far more attractive than others. Beauty is in the eye of the beholder, but we can all get hooked on outward attractiveness anyway.

Men and women both sometimes feel like they are competing with their friends for attracting potential partners. If you go out to parties or to bars together, you might worry that you are “the unattractive friend” and get jealous of people in your group.

This line of thinking is very dangerous not only for your own self-esteem but for your friendship as a whole. It isn’t your fault if your friend thinks that you are more attractive than them.

It isn’t their fault if you feel the same way, but this can become such a vital source of envy that it can break apart the friendship.

Some friends may even start to try to tear their other friends down and criticize their looks out of their own self-consciousness.

This can quickly create tension and hurt feelings among friends when one becomes so self-conscious of their looks.

If They Are Toxic Friends

Toxic friends will also create an atmosphere of jealousy.

A toxic friend will seek to tear down other people and even go so far as to create conflict amongst a group of friends.

They may spread lies or try to divide a group of friends into smaller cliques.

These kinds of friends won’t cause the ordinary kind of jealousy that can spring up amongst a group of friends. They will fuel the fire and create jealousy where it otherwise would not have been.

Toxic friends are also not true friends and should be avoided whenever possible. They will only cause trouble and even break up other friendships that you may cherish.

When One is in a Relationship

Many times, our friends can get jealous when we are happily settled with a partner and they are still single.

This stems from their own self-esteem issues and a desire for intimacy.

There are tons of friends who are capable of being single and don’t get upset, but if you happen to be the one friend who is getting jealous, you should definitely take a look at the root cause.

It isn’t fair to your friend’s happiness if you become upset about being single.

Occasionally, this might even create jealousy if the friend is dating someone you both liked. This could create real issues with jealousy and even resentment if your feelings were known to your friend.

That isn’t often the case, but it can occasionally happen and create conflict in a friendship. This is often rooted in personal insecurities and one friend feeling less desirable than the other friend.

If They Are in Different Stages of Life

Jealousy can often come up in friendships when friends are in different stages of life than each other.

This could be because one has children and the other doesn’t, or one is engaged.

This is often unprovoked and creates a great deal of tension between friends. One may think that their friend is flaunting their success when they do not mean to do anything.

Insecurities about your life can easily blind you and make you think that everyone else looks at your life the way that you do. In reality, we all admire other people’s lives in one way or another.

If One Friend is More Popular

Jealousy amongst friends can sometimes center around popularity.

While this is most common in younger friendships – like in high school and college – this can happen in adult friendships, too.

One friend could be more popular in the workplace or just more popular amongst other people. This can cause the other friend to feel less wanted or less desired.

It can even make them feel possessive of their friend and want to keep them all to themselves. This is especially common in friendships where one is very popular, and the other isn’t popular at all.

This type of jealousy needs to be resolved internally, as there will always be friends in our life that are more popular. It is not a character flaw, and it is something that should not create conflict amongst friends.

Along with general attractiveness, weight differences amongst friends can also create envy.

This is quite common, especially since weight is a sensitive topic for many people. In some friend groups, everyone’s weight can be very similar or very different.

You may all look very similar, but your internal biases might make you think you are bigger than you are. Being unable to see the real you is a psychological or emotional issue that many people struggle to overcome.

Therefore, it can be hard to listen to your friends talk about their diets and their weight when they appear to be thinner or more attractive than you.

This can not only start to break down your self-image, but it can also create jealousy towards your other friends. They may not even know that they are making you feel insecure, but it has the same effect.

A Lack of Other Friends

Like friends who are jealous of their other friends’ popularity, people who do not have many friends can become jealous. This stems from an insecurity about yourself and whether or not you are a likable person.

This can also come from the fear that your friend will get tired of you and leave you behind to be around their other friends.

Being abandoned by friends is a common fear that we all experience. Maybe you only have a few close friends, or you struggle to make new friends entirely.

This can create a sense of fear and jealousy around your friends that have many friends of their own.

Careers and Success in Life

There can also be a great deal of jealousy between friends when it comes to career paths and success in life.

Careers are a big part of all of our lives, and they can have a huge impact on how you look at yourself and how others look at you.

This can create jealousy between friends if one is very successful and the others don’t feel like they measure up.

Your friend doesn’t even need to brag about their success to cause jealousy, as it is instinctual for people to feel this kind of envy. It can be especially hard for friends who are at a point in their life where they are struggling with their careers.

This can cause tension and result in one friend feeling guilty over their success and like they can’t talk with their friends anymore.