It is possible you’ve met a woman before who has said something like, “I just prefer to be around guys than other girls.”

This is actually not an uncommon feeling and doesn’t always have something to do with physical attraction to the men in their social circle.

Instead, it might have more to do with how they have been treated by other women in the past.

Why Do I Feel More Comfortable Around Guys?

Some women feel more comfortable around men than other women because of personality clashes or previous experiences with other women. Victims of childhood bullying from other girls prefer to make male friends. Women who find women attractive might get flustered more around women than men. 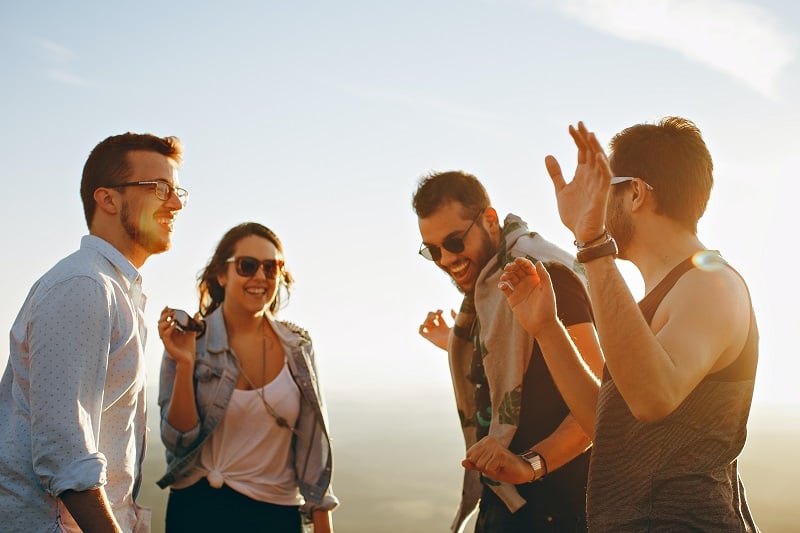 1. Is it Normal for Girls to Feel More Comfortable around Guys?

It is not uncommon for some women to feel more comfortable around men than other women.

If you are gay or a woman who is attracted to other women, you might find women intimidating or become flustered in their presence. If you are straight but have had problems with women in the past, you might find men to be more soothing.

Men are capable of being a nice presence in a woman’s life. There are plenty of men in the world who don’t get upset very often, are calm, quiet, and enjoy a minimalist lifestyle without a lot of fuss.

These men are more likely to attract female friendships, as their calming presence is a nice change from anxious situations.

2. Why Do Other Girls Stress me Out?

There are plenty of women out there who don’t click well with members of the same gender. Women are just as capable of causing other women to be stressed out.

From school bullies, rude coworkers, angry customers, and clients, or even your female family members, women are just as capable of causing you stress or making you unhappy.

Just because your female friends are women like you, does not mean you are compatible with them. Every woman is different and, therefore, will get along with different people.

Not all Women are Toxic

If the reason women stress you out is that you’ve only had problems with other women in the past, consider finding better women!

The women in your life may be simply not for you – that doesn’t mean you can’t find good female friends in other places.

Women come in all different forms of personalities and quirks. Finding good people and forming lasting connections is very rewarding for both men and women.

Some men feel much more comfortable around women than other men.

This is largely due to situations that involve toxic masculinity or the stereotypical expectations that men have for other men. Men who don’t participate in those stereotypes, or try to break free of them, are usually looked down upon in those social circles.

These stereotypes can include:

Especially for men who are not aggressive, who are kind and calm, and who are capable of showing their emotions, finding friendships in women is much more enjoyable for them. This is because women love to talk about their lives, feelings, problems, love interests, families, and dreams.

Men who are more likely to talk about themselves and their emotions are more welcome among women than other men.

Not All Men are Toxic

It is important to note here that not all men are full of toxic masculinity.

Men can find happiness being friends with other men who are compatible with them, share their values, and enjoy each other’s company.

It is more likely for sensitive men to spend time with women, but men who are open and willing to have deeper connections will flock to similar men like them.

4. Does it Mean that I’m Attracted to My Guy Friends?

Some people will accuse you of being friends with guys to date them, but that isn’t true. Women and men can be friends without a romantic attachment.

If you feel calm and comfortable around a group of guys, it may mean that you don’t have romantic feelings for any of them and enjoy their company!

Making friends with members of the gender you are attracted to but not feeling anything romantic for them is a great experience! It allows you to understand other people better and learn more about men when you aren’t thinking of dating them.

This allows for more genuine friendships and relationships and will ultimately benefit you and your friends in the long run.

5. Do Guys Become Uncomfortable Around Girls?

Some men are uncomfortable around women, usually due to their attraction. Attraction can lead to intimidation if you feel that you might get rejected by the object of your affections.

This problem usually stems from younger men not knowing how to pursue platonic relationships with women that they find beautiful. For many young men and women, meeting attractive people will hopefully lead to a romantic interaction or a relationship.

For more mature men and women, meeting someone you think is cute or attractive doesn’t always mean you will develop feelings for them. Adult men and women will often meet someone they think is attractive, but they won’t usually do anything about it.

This comes from wanting a deeper connection. Most adults want someone compatible with and will enjoy spending time with. They don’t care about looks as they mature and age, so most men will easily be friends with women without issue.

On the other hand, some women can make men uncomfortable because of a social disconnect.

This isn’t always the case – individual households will raise their children however they want, but some men find women difficult to joke around with, horse around with, or be bluntly honest with.

Some men are also not comfortable with showing their feelings too often, which is what women tend to do. That lack of vulnerability can make men uncomfortable around people – mostly women – who are always open and honest about their feelings and how to improve their friendship through communication.

If the man isn’t ready to be open and honest, he may stay away from deeper friendships with women.

6. There is Nothing Abnormal About Disliking Other Women

It is considered “normal” for women to have large friend groups of other women, but that isn’t always a reality.

Girls are just as capable of bullying each other or disliking each other as men. This can lead to uncomfortable and even traumatic relationships between women.

Even if you are close with women, some female friend groups can be secretly toxic or uncomfortable for certain members. If it persists, this will result in the loss of those members who seek friendship elsewhere.

Finding friends of other genders is a great way to relieve stress if you find women difficult to be around.

7. Can I Be Part of Both Social Circles?

You can always be friends with any gender!

If you have a group of female friends and a group of male friends, or even a group filled with both, you are in good company. You don’t have to “pick one” or have to choose between them.

Hold on to the people that make you feel happy, cherished, loved, and excited!