It is often preconceived that men only care about how their partner looks rather than what is inside.

However, it is important to remember that men are people, too, and crave deeper connections with their romantic partners.

People usually care more about physical attraction when finding a date. However, most men are more interested in a life partner with whom they can get along rather than a pretty face. Once the first few stages of dating end, deeper connections hold a relationship together.

So, do men prefer looks over personality? 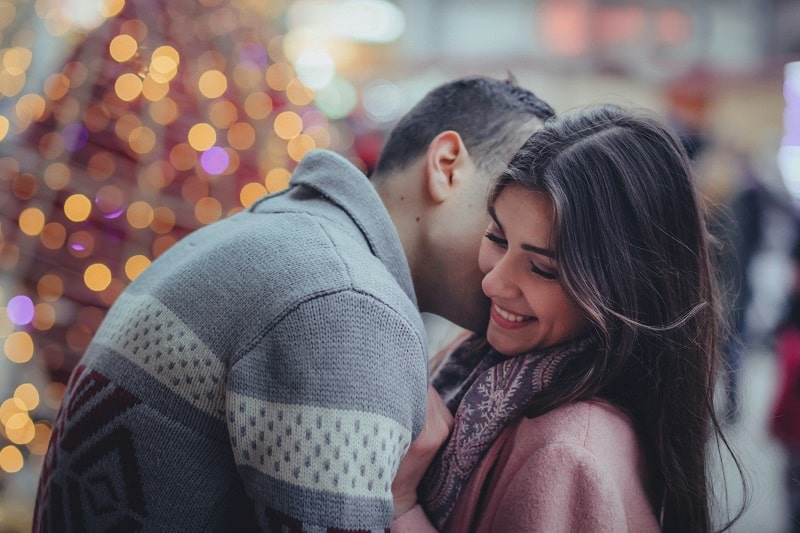 How Important are Looks Compared to Personality for Guys?

Looks can be very important to some people. Individuals won’t even try to date someone most of the time if they aren’t physically attracted to them.

However, this is not a universally male trait. Women do it, too.

Putting looks ahead of personality is something that people do when they are young. You probably had a crush on someone in your school years because you thought they were cute, not because they had a sparkling personality – although good personalities help.

Therefore, it is important to remember that being attracted to someone is only half the equation to finding love.

Men are people, too, and most men will want a woman or partner who is kind, considerate, helpful, and trusting over someone who they think is very attractive.

That being said, it has been suggested that men are more visual than women, and therefore are more likely to choose a partner based on her looks right away. This can happen within seconds of meeting her, resulting in a man thinking that a woman is nicer, funnier, and more interesting just because she is attractive.

However, attraction is only a small part of what men look for in a partner when it comes to a real relationship. As they say, “looks fade,” and many men want someone they think they can love forever.

That means their personalities have to be compatible.

One big thing that determines whether a man is ready to look for someone with a compatible personality over their appearance is maturity.

That isn’t to say that older men are mature. Many women will tell you that some men stay boys forever. So finding that mature man in your life to love you for you is all about getting to know them and understanding who they are as a person before jumping into a romantic relationship with them.

Why Do Some Guys Care so much about Looks?

There are many reasons why men might think that looks are all that someone can give them in a relationship.

Most people think that men are just shallow or self-centered, but it can go deeper than that.

Many times this comes from their own insecurities. Men think they need to have a stunning partner to think of themselves as attractive.

It is also possible that some men will want to show off their wife or partner as a won trophy – someone highly attractive who chose them over all other men. Having “won” their attractive partner makes them feel more successful than their peers.

This will make a man feel accomplished, but there really is no reason for him to.

Any attractive person that a man marries or dates is just a person. They aren’t a prize or medal for their partner to show off and should not be treated as such.

They are just themselves, but their partner is more interested in how good they look than who they are.

How do I Find a Guy that Cares more about My Personality?

Lots of advice columns will tell you to be “friends first” with your man before you start dating him. This ensures that you like the guy while also allowing the two of you to share a bond that goes deeper than physical attraction.

There are other ways to find men who care more about your personality than your looks, but knowing who he is on a personal level as a friend first is a great way to prevent disappointment later.

Another way to find men who care more about your personality is to pay more attention to the right men. There is a lot of “there are no good men out there” discourse among single people, but that isn’t true.

Often, we don’t know what to look for, so we don’t find anyone worth finding.

Here are a few things to look for in your guy:

These are just a few things that can help you find a man who is more interested in you than your looks.

If you always end up meeting guys who are more interested in your makeup routine than your personality, you may be looking in the wrong place.

Does it Change as a Guy Gets to know Me Better?

It is important to note that almost all people will be more interested in you romantically if they find you physically attractive.

This means that many first dates or chance meeting encounters on the town will result in a man wanting you for your looks first. Let’s face it. We scan for guys that we think are attractive, too.

That doesn’t mean that he will only want you for your looks forever.

As people get to know each other, they learn that the superficial first impressions they got from one another fade away, and the deeper and more meaningful connections will take hold.

If your man is not acting in a way that suggests he is starting to fall for who you are as a person – rather than your looks – you might want to move on from that man or voice your concerns.

What Do Guys Normally Look for in a Girl?

Asking what a guy looks for in a girl is difficult to answer.

Different men want different things in their relationships. Some men want a woman who needs them. Others want someone independent.

Some men will want an outdoorsy woman, while others want a girl who stays inside to play video games all day. Most of the time, women will make the mistake of trying to fit the “universal mold” that they think all men are looking for.

Trying to please everyone will stretch you too thin. You won’t be you anymore.

Instead, focus on these key elements to being a good partner to anyone:

Regardless of who you are trying to date, these six elements above are the most common way to ensure that you are what someone is looking for in a woman.

It doesn’t matter if you are tall or thin or wear a lot of makeup. Men are people, too, and they want someone to lean on love and care for.