The cost of living worldwide has been rising for over a decade, and no one has been immune to its aftershock.

This has led many people to change how they live and spend money. Are some brands starting to lower their prices with people spending less on extravagant things, like luxury clothing?

When it comes to the luxury giant brand Gucci, some feel as if the prices of their products are on the rise even through this tough time.

Here’s Why Gucci May Be Getting More Expensive:

Gucci continues to raise its prices. Gucci wants people to wear their clothing no matter their financial situation. Many people will work to save up a great deal of money to purchase one of Gucci’s signature items. 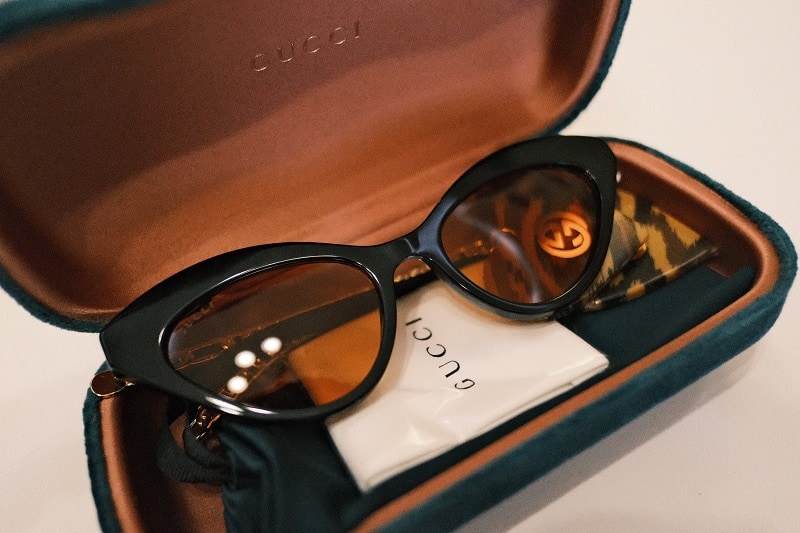 In 2021, a study showed that Gucci had been slowly increasing the prices of popular items over the past three years. This increase was done in small increments to not create buzz about Gucci’s inflation.

Among these popular products is the signature Gucci leather bag with gold and brass hardware. In fact, over the past three years, the price of the Gucci Leather Mini bag increased by over 9%.

The Gucci Leather Mini Bag isn’t the only item that has fallen victim to this hefty increase. In fact, Gucci has been slowly raising the prices of over 300 handbags since 2019, at an increase of over 4%.

Keep in mind that this Gucci bag was costly to begin with. The original price of this bag was a whopping $1,100 just three years ago, and today it is still being sold but at the price point of $1,275.

However, with prices that reach well into the thousands, most people have yet to notice this slight change. This is one of the reasons why Gucci has been able to increase their prices subtly without anyone noticing.

Gucci was Expensive to Begin With

One thing to keep in mind is that Gucci is an expensive brand to begin with. Someone saving up for a bag that costs over a thousand dollars isn’t likely to give this price increase a second thought.

One theory is that Gucci may be raising prices specifically on their handbags because the resell market has been booming over the last few years.

Reselling luxury items has become a career for many people who will scour discount stores and thrift shops for high-end products only to turn around and sell them online. This has forced luxury brands to become more competitive.

Should We Expect Higher Prices From Gucci?

Even though Gucci’s prices have been rising over the past several years, Gucci sales have yet to drop. Gucci’s profit margin has increased by 14% in the past decade.

So, even though Gucci prices are now higher than ever, people are still continuing to indulge in the luxury brand.

According to Gucci’s numbers alone, there is no logistical reason for them not to continue to raise their prices. Companies are often forced to rethink their marketing and sales strategy after a price increase if the company doesn’t continue to grow.

However, in the case of Gucci, the company has seen major growth despite the increase.

So, looking at the trend of the company’s growth, there is no fiscal reason for Gucci to stop raising their prices any time soon.

Have Other High-End Fashion Brands Raised Their Prices?

When it comes to increasing prices, Gucci is one of many high-end luxury brands to do so. Most notably, Louis Vuitton has also steadily raised prices over the past five years.

In the battle of luxury brands, Louis Vuitton is a much more sought-after brand among fashion enthusiasts and is considered to include more collector items than the Gucci brand.

Earlier this year, Louis Vuitton announced they would increase their prices by as much as 9%. This was done to help to brand offset the rising cost of materials and production.

However, this caused a major surprise among Louis Vuitton employees causing many to walk out on the company. While luxury brands continue to raise the cost of their goods, labor costs remain the same.

Furthermore, Hermes shortly announced (after Louis Vuitton’s announcement) that they will also be implementing a price increase of up to 10%. The once exclusive Hermes handbag, the Birken Bag, increased in price from $7,000 to a startling $8,000.

However, these luxury brands have yet to see a major hit to their annual profits despite the significant price increases. Most, if not all, reported high-profit increases in both 2021 and 2022.

Has Gucci Adjusted Its Prices During Recession Times?

Even luxury brands like Gucci are not immune to feeling the financial pressure that comes with a recession. Many brands were hit during the most recent recession since people were shopping smarter and not spending on unnecessary things.

Each time a recession hits, luxury items’ value often decreases by over 6%. They sell for less, and the resale value takes a major hit.

Regardless of the current economic status of the world, Gucci does not adjust its prices based on a recession. This is because after the big financial hit everyone took back in 2007, luxury brands started to put a process in place to prepare for the next hit.

Gucci increased its inventory and started taking more control over the market. This way, the brand relied less on third-party Gucci retailers. So, when the next recession came around, Gucci was much more prepared and took much less of a hit financially.

The main reason to reduce prices during a recession is that the company can still make money even though people are not shopping as much. But, with Gucci’s preparation after the big 2007 recession, they put themselves in a much better economic position.

What Happens To Luxury Brands During A Recession?