While it’s natural and common for two people in a friendship to catch feelings, that might not always be what the other is looking for.

Just because a man is friends with an attractive woman, and vice-versa, it doesn’t mean they will fall for each other.

So, when it comes to being friends, is it possible to stay friends with a guy?

Here’s Whether Guys Can be Friends With an Attractive Girl:

A guy can be just friends with a girl that he finds attractive. If they have been friends for a long time, they may never fall in love. However, people are also likely to have feelings for someone who is a good friend. So, if he is single and looking for a good partner, he may fall for a friend. 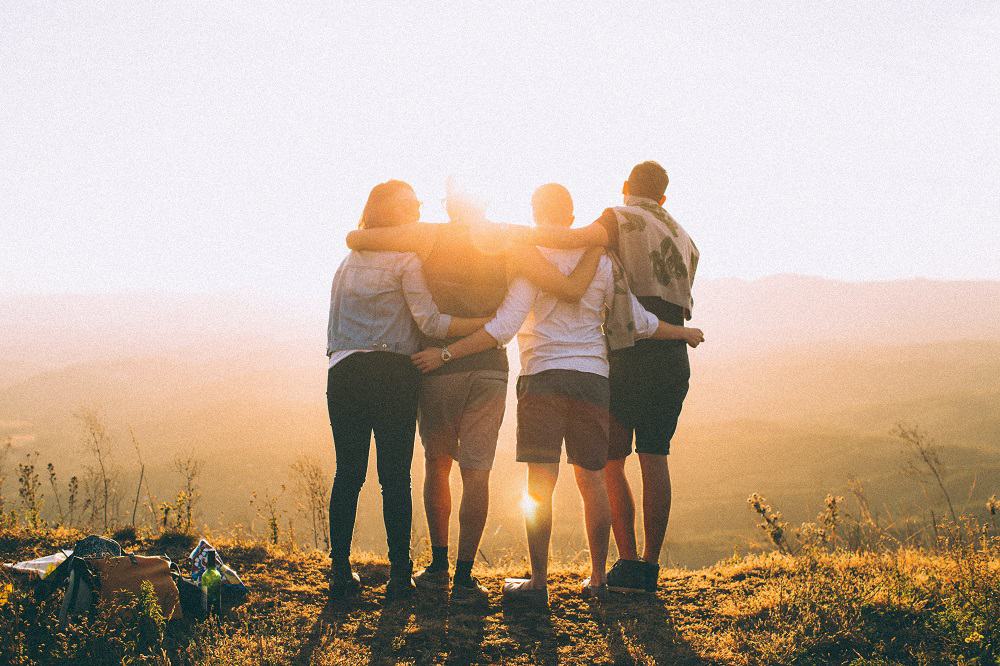 Men do not always develop feelings for beautiful women.

There is a difference between attraction and emotional feelings. If a man feels a physical attraction to a woman he thinks is beautiful, that doesn’t mean he has fallen in love with her.

Instead, it means that he is having a hormonal and chemical reaction to her. He may think that she is pretty, he may want to ask her out, but that doesn’t mean he has emotional feelings for her.

Emotional feelings, on the other hand, are something deeper. Those feelings come from a deep caring that you have for a person based on who they are. You might feel like you want to protect them, care for them, and be with them forever.

Physical attraction, on the other hand, is fleeting, and often fizzles out after the beginning of a relationship has ended. Instead, they are usually replaced by deeper, emotional feelings, or nothing progresses past that and the relationship ends.

Should I Worry If My Boyfriend Is Friends With an Attractive Girl?

Depending on the nature of the relationship between your boyfriend and his female friend, you should not be worried at all.

For example, if you date a man who is already friends with beautiful women, recognize that he was friends with them before you came along, and was not romantically involved with them. That means he probably only feels platonic, friendly affection for them, and there are no deeper emotional feelings there.

If your boyfriend becomes friends with a woman during your relationship, and you think she is beautiful, that doesn’t mean he has fallen for her.

Men are totally capable of being just friends with women they find attractive. As much as we like to believe all men are incapable of controlling themselves, some men can be just as emotionally mature as women.

Finally, if your boyfriend is friends with a beautiful woman and is being secretive or weird about it, it is possible he has a crush on her. If that is the case, talk to him about it.

Let him know that you suspect he has a crush and that you would like to sort through those feelings with him. Try not to make him feel accused or attacked, but rather let him know how you are feeling on the subject.

If he wants to work through those feelings with you, great! If not, there may be more issues to tackle as you go.

Can I Tell Him Not To Hang Out With Beautiful Girls?

Sometimes we ask our partners not to hang out with certain people.

For example, if your boyfriend has a friend who you think is aggressive, creepy, or makes you uncomfortable, you can ask him to keep that friend away from you. Your boyfriend may even dump that friend altogether once they realize how that friend frightens or bothers you.

However, asking your boyfriend not to hang out with his friend just because she is beautiful is not okay.

Not only does this come across as controlling, but it also makes your boyfriend think that you don’t trust him. Furthermore, you would never want your boyfriend to tell you that you can’t have any male friends, would you?

It is possible to let him know that you are feeling insecure about his female friend, and ask for reassurance. He can then provide that reassurance to you – telling you that he doesn’t have feelings for her and that they are just friends.

While there naturally needs to be some give and take in a relationship, asking him to change something significant about his life, like his friendships, might be going too far.

The best way to feel comfortable with your boyfriend hanging out with his beautiful friend is to have an open and honest conversation about how you are feeling. Let him know about your concerns and your worries.

Once you’ve had that open and honest conversation, he can decide how to move forward. He might invite you to hangout with him and her more often, or help you establish a trusting friendship with her. That way, your insecurities can start to fall away.

Just try not to be upset if he continues to hang out with that female friend. We are all allowed to have friends, and no partner’s insecurities should be able to take that away.

How Do I Know If He’s Developing Feelings For Someone Else?

There are a few signs that point to your partner having feelings for someone else.

They may hide their phone or blush during conversations with someone that they like. They might even tell you upfront that they have begun having feelings for someone else.

Your partner might also spend a lot of time with their crush and forget to call or update you on their whereabouts. They might sneak out or start to lie.

However, not all feelings that develop lead to cheating or dishonesty. Sometimes it just leads to confusion or hurt feelings or doubts about your relationship.

Crushes happen, even when we are in healthy and happy relationships. It is impossible not to make connections with people around you – especially if you are a social butterfly.

Just remember that your partner is not going to leave you or cheat on you just because they have developed a crush. More than likely, they will start to feel confused or sad, and they will probably open up to you about it and ask to talk.

Try not to be angry if your partner opens up about their crush. Try to talk them through it, ask them if they want to continue seeing you, or if they need time apart to think.

Most importantly, consider your own feelings. If you are incapable of continuing the relationship after your partner develops feelings for someone else, don’t force yourself to make it work.

If one of you has to walk away – temporarily or permanently – then that might just be what has to happen.

Not all men fall in love with every woman they see.

They don’t all cheat on their girlfriends with their hot, beautiful female friends. Instead, some men just have friends who are attractive, but they never develop feelings for them.

More often than not, a man will maintain friendships that make him happy, benefit him, and bring him comfort. By accusing him of only being friends with a beautiful woman because he wants her, you are assuming that he is a bad person, or shallow.

Men are just as capable of being emotionally mature as women, so don’t make them feel any less just because they have hot female friends.

7 Signs Your Partner Has Feelings For Someone Else

Should You Worry About Your Partner’s Attractive Friend?