After a fight with your man, does it ever seem like he holds onto that grudge much longer than you?

Getting over a fight is one of the most difficult tests you and your partner face. The way both of you handle and then recover from a fight will tell you a lot about your relationship.

More than that, it can tell you a lot about the longevity of your relationship. Unlike women, men have a much harder time processing the emotions from a fight.

How Men Hold Grudgest in Relationships:

Holding a grudge comes from a much deeper place. The main reason why guys hold onto grudges against their girlfriends is pride. Pride and stubborn ego make it hard for a person just to let go. While women are ready to move on as soon as possible, guys need a little more time. 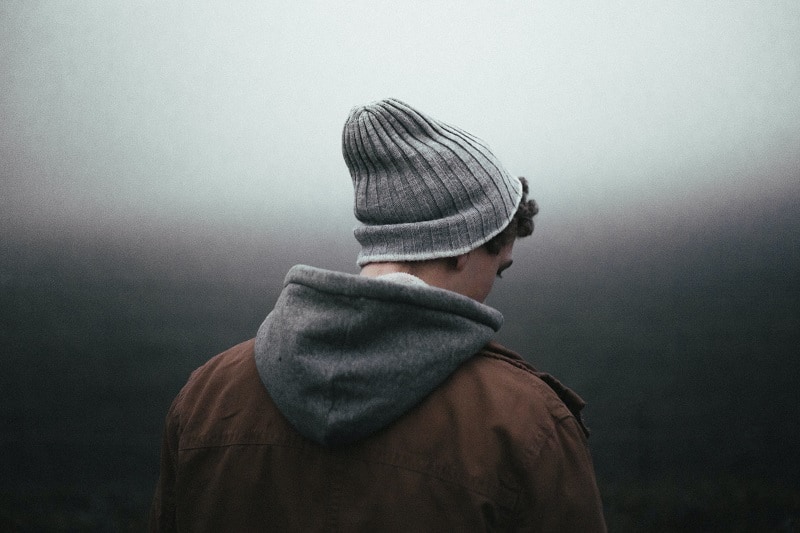 In general, men are better at holding onto grudges for far longer than women.

This has a lot to do with the chemistry of a man’s brain. A women’s brain can process emotions much quicker than a man’s. So, after a fight, a woman may need some time to cool down but, when it comes to holding a grudge, it isn’t the same as it is for a guy.

On the other hand, a man tends to lead with their head so that emotions can come secondary to the initial source. When you mix the slow processing time with a man’s ego, you have a perfect recipe for a long-lasting grudge.

It is also important to remember that everyone is different. I know plenty of women who can hold a grudge for years. When two people in a relationship are strong-headed, it becomes a game of chicken.

Whoever caves first is often deemed as the “loser” but, I think that there the only thing that truly suffers when holding a grudge is your connection and trust.

When one person in the relationship can’t let go of a problem, it can make the other person lose some trust in that person. So, while guys can hold a grudge for what seems like forever, the sooner the two of you work towards a resolution, the better your relationship will ultimately be.

Are Men Less Forgiving Than Woman?

Forgiveness is one of the biggest parts of being in a relationship.

We can’t expect the other person, or even ourselves, to be perfect in any relationship. After all, we are all only human.

I don’t like to think of mistakes as a flaw in someone’s personality but rather an opportunity for growth and learning.

How you and your guy forgive each other will tell you a lot about your overall relationship.

Are Men Less Forgiving in General?

This is pretty interesting and has a lot to do with the science behind gender studies.

Experts have shown that women have more empathy than a man. Being able to empathize with other people is a big part of people able to forgive them.

Empathy allows women to see the situation from both points of view.

So, even if the woman is within her rights, she is far more likely to easily forgive a man because she can sympathize with his situation.

However, this is not to say that men are incapable of having empathy. It can just take them a little longer to get to a place of forgiveness.

It all comes back to how the brain works for each gender. A slower process in emotions, like with certain men, means it takes longer to get to a place where they can empathize and ultimately forgive.

Unfortunately, this process is often the same for big or small altercations. So, while you can get over a fight that seems small, he may need a little extra time.

Once you understand more how a guy’s mind works, you will be better at realizing that men and women are defiantly not created equal when processing emotions.

What Causes Guys To Hold Grudges?

There are many reasons why guys seem to hold onto grudges longer than women, and not all of the reasons come from a place of anger.

Your guy may be holding because he is still trying to process and fix the problem. While the fight may be long over and solved in your mind, it doesn’t mean it feels solved for him.

Remember, men process emotions slower than women, so while you’ve been able to move on, he may still be trying to figure out.

Another thing to remember is that while you may feel like the problem has been resolved, he might not be feeling the same way.

Keep those lines of communication open. Eventually, you will get on the same page.

Even during a fight, we tend to want to help people who feel unsettled at the expense of our own emotions.

Men can be very different from that. While it may seem selfish, they tend to put their feelings and emotions first.

Maybe part of why women are so quick to let go is to make our partners feel better.

Lastly, one major reason why men hold grudges is out of fear.

How many times have you been in a fight with your partner only to throw something from the past into the ring? Even if you’ve long gotten over that problem, it still is a card that you are willing to play.

When men feel like they don’t have control, they get scared. So, one way to control the situation is to hold onto the fight until they’ve figured out their next move.

Could It Be Jealousy?

There are many different forms of jealously, and not all of them have anything to do with another person.

Guys get jealous for so many reasons.

Did you know that guys can be jealous about how women handle and process information? Seeing their woman deal with the aftermath of a huge blowout with ease is for sure something a guy can be jealous of.

Experts believe that holding grudges has much more to do with fear and control rather than jealously. This doesn’t mean that jealous isn’t looming.

What Are The Best Ways To Help Him Move On?

While your guy may be the one holding the grudge, there are some things that you can do to help get your relationship back on track.

The first thing to do is to open a conversation. Communication is key to helping him let go. Don’t avoid awkward conversations. While it may seem hard initially, avoiding the thing that is bringing him down will only help it grow.

Along with that, you need to validate the way he is feeling. His feelings are valid, whether or not you share the same sentiment.

Another thing that is important for your man to move on is to give him space. As women, we want to fix everything as quickly as possible. Since men have a slower processing time, they may not be as ready as we want them to be.

So, give him a little space and time but make it very clear that you are ready to open that conversation only when he is. This also gives him a little bit of that control that he is looking for.

This way, he knows that you are willing to help resolve things but in his own time.

Lastly, don’t forget about yourself. Don’t try to heal him to the detriment of your self-care. Your relationship is only as strong as your mental state.

Take this time to make sure you are clear about what you want out of the relationship. Once you are ready to talk it out, you both will understand how you should move forward. It is a two-person deal.

So, both of you need to be on the same page to succeed in the future.

What Can You Do If Your Boyfriend Won’t Talk To You?

Shutting down is super common with men. It all comes back to how men process emotion.

So, what can you do if your boyfriend has shut you out?

The first thing to do is relax. Men are strong creatures, but they are so easily scared.

Nothing scared a man more than a woman who was pushing him. So, back off a little. Let him have his space. The hope is that once he has been able to process what has happened, he will invite you back into the old.

As unfair as it may seem, it is just one of those things that have to be.

Remember that just because your man has chosen one way to handle things doesn’t mean you have to follow the same path.

So, while you allow him the space to process, give yourself some space to do the same. Talk with people.

Let your inner circle know how difficult the shut-out has been for you. Having a support system and someone to talk to is important for resolution.

Focus on the End Game:

Lastly, focus on having an end game.

This means that you should solve the problem when your guy is ready to talk. However, it is important to remember that just because you have a fix doesn’t mean he will agree to it.

You can only control yourself. So, have a plan ready if your man doesn’t agree to your terms.

This doesn’t mean that you have to end the relationship. Just be prepared to adapt to any changes. After all, the hope is that the two of you can come to the same place together.

No matter how you get there, lead with your heart and do what feels right for you. If he is truly your main guy, he will follow your lead.

The only thing more complex than a relationship is the inner workings of a man’s mind.

So, while we will never know what goes in their heads fully, we have an idea about how to help them solve their problems. I’m not saying women know everything, but they know a lot! It is easy to feel like the grudge a guy holds is a personal attack.

Try to separate yourself from whatever he is feeling. After all, you won’t know exactly what he feels until he is ready to tell you. It is important to not only have good intentions but also to expect good intentions from your partner.

In the end, it is your relationship, and only the two of you should be able to dictate how it works.

Males find it harder to forgive than females: Study

Gender Differences in the Relationship Between Empathy and Forgiveness