Every culture approaches education differently. Although they are neighbors, Canada and the United States have huge differences in their education system!

If you are interested in the differences that Canadian schools have, check out this list we’ve created for you: 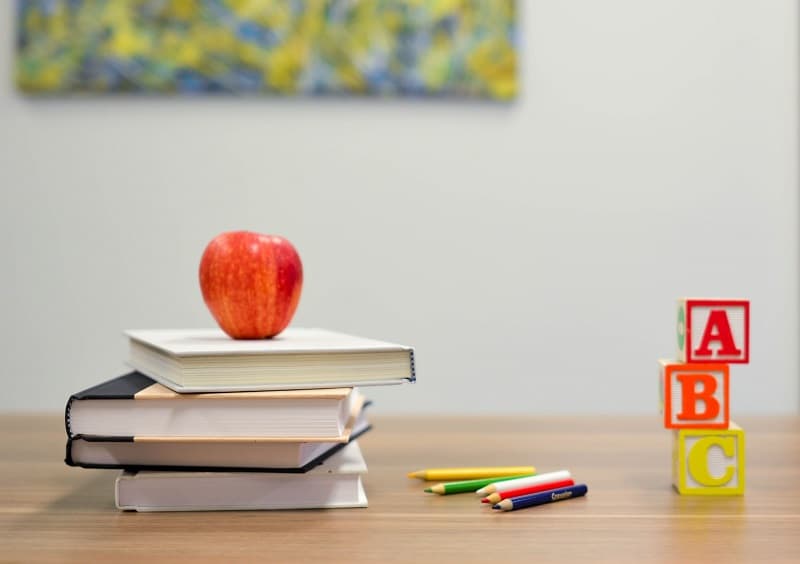 What is Unique About Canadian Schools?

Recently labeled as a top-tier country regarding education systems, education in Canada is unique in more ways than one.

Some ways in which they differ from other common education systems include:

Unlike countries such as Australia, the United States, Japan, etc., Canada does not have a Department of Education. This means that education laws are not universal in all of Canada and are determined by the applicable province.

This also means that there are no core education standards and educational requirements vary based on location.

Not only do requirements and core learning curriculums differ between the province, but other aspects of the education system vary.

There are two different enrollment options to begin children in school in Canada.

Pre-Elementary is the first level of Canadian education. Similar to what the United States refers to as “Kindergarten,” this is typically a level offered to children ages 4 and 5.

Pre-Elementary is only mandatory in New Brunswick and Nova Scotia. In every other providence, this is optional.

Pre-Elementary is often opted into by parents who want to set their kids up for success and allow children to get acclimated to the school system early.

Primary is mandatory for children in Canada in every province. Children are required to start primary school between 6 and 7 years old.

Similar to Elementary School in the United States, Primary school only has one teacher that teaches all subjects in the same room with the same group of students.

In some Canadian Provinces, students are only required to attend school until the age of sixteen, at which point they can determine whether or not they will continue their education or enter the workforce.

In other Provinces, such as Ontario and New Brunswick, students must stay in school until they are either 18 years old or have successfully gotten their diploma.

In Quebec, Secondary Education (or Highschool) ends after the 11th grade.

Another interesting feature in Canadian schools is that some Canadian Highschools even offer job training to students in attendance.

This is a great way for students to learn the practical skills they will need in their chosen field and be ready to enter the workforce upon graduation.

Is Education Free in Canada?

Public education for children in Canada is free. However, if you choose to send your child to a private school, that will come with tuition.

Free education is always offered for children who meet the following requirements:

Is Education Free in Canada for Immigrants?

If you are an undocumented immigrant living in Ontario, public education is free. No person in Ontario under the age of 18 is allowed to be denied access to education, regardless of immigration status. This is similar to the laws practiced in the United States.

However, in the other 12 provinces, this is not the case.

Children living outside of Ontario will be denied free education, leaving their only other option to attend school only if they pay hefty tuition fees.

Paying for tuition is impossible for many families, leaving the children to go without.

What are Standard School Hours in Canada?

Due to each province setting its own rules regarding its education system, school hours and season can vary based on location.

No matter the province, school usually starts in September and ends sometime in June. Hours generally are from 8am to 3pm, or 9am to 4pm. School is held Monday through Friday.

How do Canadian Schools Compare to American Schools?

Canadian and American schools are similar in many ways; however, there are many differences.

Education in Canadian schools differs from that of American schools in the following ways:

Canada puts a high priority on education, and it shows how they hire and treat their teachers.

Teachers in Canada are commonly better trained than those in America. In addition, they are well paid, have great job security, and have a teacher’s union.

Becoming a teacher in Canada can be more challenging than in the United States, but you are treated better and less likely to experience high turnover once you are in the field.

Canada shows a strong commitment to ensuring all groups across Canada have access to the same high levels of education and advantages.

Despite this, there are still places that show achievement gaps, but they are less likely than most other countries.

Anyone who knows about Canada knows that they have a strong set of social services available to Canadian residents.

Funding for Canadian Schools is evenly distributed among different Canadian Districts. In opposition to schools in the United States, more funding is allocated to higher need communities instead of less.

Despite not having a Department of Education, there is a great level of consistency across schools and districts in Canada regarding both the curriculum and the teaching methods.

America has a Department of Education; however, each state can set its curriculum, teaching methods, and other aspects of education.

Are Canadian Public Schools better than in the U.S.?

Education, which may seem suggestive, actually has a way to rank across different companies.

Canada consistently ranks high in these global assessments and has beaten the United States in previous years.

Not only are Canadian Public Schools better than those in the United States for the reasons written in the previous sections, but it is common for Canadian students to perform better in testing and other educational aspects.

They believe that Canadian students do better than those in America because of the emphasis on education in Canada. The teachers of those students feel lucky to have a job in education and support.

Teachers in Canada don’t’ have to spend personal funds for supplies and are comfortable in their job, leaving more room for them to focus on the actual education of students.

Additionally, students in Canada are less likely to go to school hungry or sick while their parents can’t care for their needs while juggling work.

What about High Schools in Canada vs. in the U.S.?

There are some differences in High Schools between the United States and Canada.

Lunch programs are different in Canada than they are in the United States. In the U.S., students can bring their lunch or purchase their lunch. These lunches are often unhealthy, full of grease, and are only available to those who can afford them.

On the other hand, lunches in Canadian High Schools serve healthy options, including salads and sandwiches. There are also guidelines that schools across the country need to follow to allow all students access to good food.

Critical thinking, while a priority in certain colleges or universities in the United States, is a high focus in all levels of education in Canada.

Canadian schools put more emphasis on essays or projects instead of test scores.

While Canadian High Schools support students to think critically, the United States focuses on test scores and other standardized methods that can be difficult for certain populations to succeed.

What are Grades called in Canada?

Grades in Canada are called similar things in comparison to the United States.

While the United States would say “First Grade,” Canadians would say “Grade One.” Otherwise, naming conventions are very similar.

Despite these slight differences, it would be very easy for Canadians and Americans to navigate the opposite country.

What are the Best Schools, High Schools, and Universities in Canada?

While some schools are better than others in Canada, measuring which ones are the best is hard. Canada works hard to bring all schools to a similar level.

If you are looking for a school in Canada, you want to consider the following:

Beyond this, there is not much that sets public education institutes apart. The only other consideration to make would be whether or not to send your child to a public or private institution.