Just because men are stereotyped to be non-affectionate doesn’t mean that they don’t want affection or to give affection. Most men want affection from their girlfriends, especially when they’ve been in a relationship with them for a long time.

Men want to be pampered and taken care of just as much as women do. They want to be supported and propped up by their partners, engaged with, listened to, and understood on an emotional level. They also want to feel respected and loved. 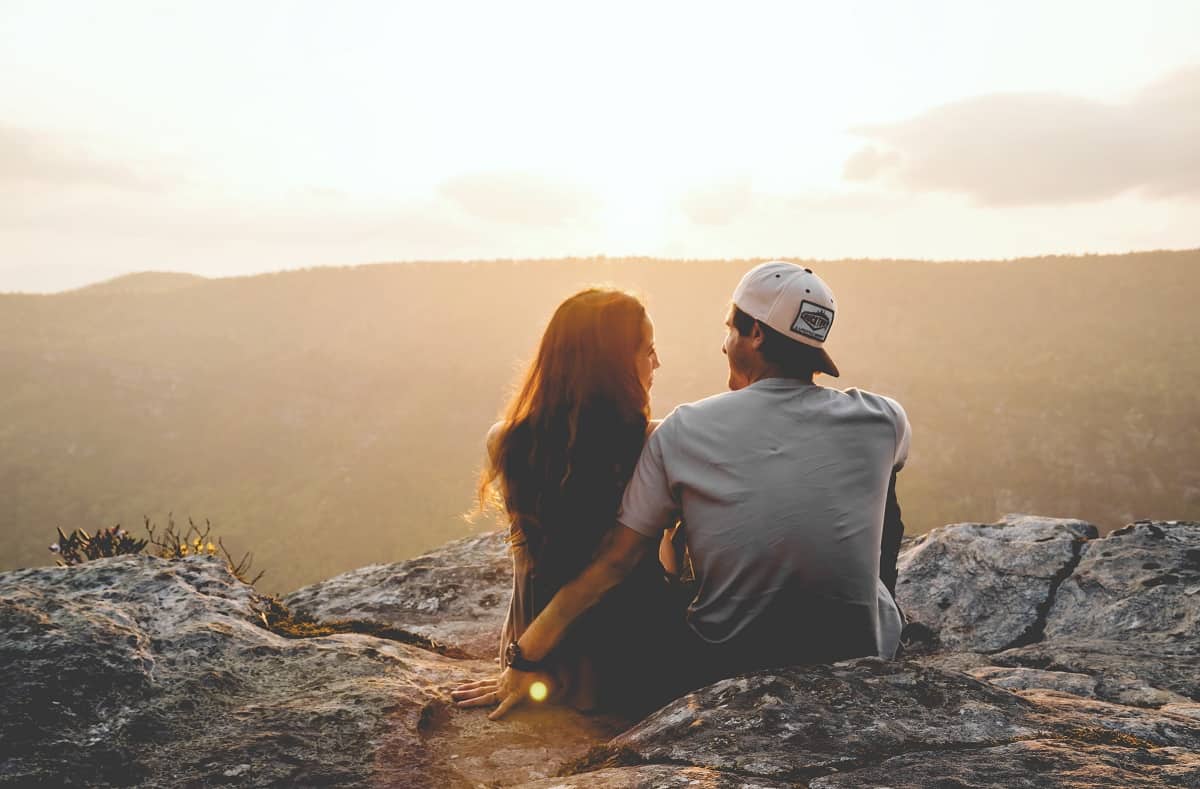 What Are The Most Effective Ways to Show Men Love?

Effectively communicating love is an essential skill for any romantic relationship, regardless of gender.

Author, Gary Chapman, revolutionized our understanding of sharing love in his 1992 book, “The 5 Love Languages: The Secret to Love That Lasts.”

In this book, he draws from his experience as a marriage counselor to identify five unique styles of communicating romantic love.

These five individual love languages are:

Chapman’s findings have been further examined in research trials over the years. Time and time again, research has shown that people gravitate towards expressing and receiving love communication through Chapman’s five love languages.

However, research has shown that men and women have some fundamental differences in valuing love languages individually.

All five love languages can effectively communicate love to varying degrees among both sexes. Both men and women appreciate words of affirmation as an effective method of transmitting and receiving love.

However, women favored acts of service and gifts, while men preferred physical affection and quality time.

Men long to feel valued and respected by their romantic partners and even place a great sense of satisfaction when being prized or celebrated for who they are. This doesn’t mean that men don’t appreciate acts of service and gifts as displays of affection.

It merely suggests that a meaningful conversation and cuddle session might elicit more significant feelings of emotional connection in men when compared to receiving a temperature-controlled mug.

As stated above, men desire to be prized and celebrated for who they are.

They value deep conversation with someone who gives them undivided attention. Men long for feeling respected and valued and appreciate partners who support their hobbies and ambitions.

For this reason, when it comes to spending quality time with a man, sitting on a couch and watching Netflix together isn’t enough. Putting your phone away on a date night and giving him your undivided attention is a great place to start.

Beyond this, actively showing interest and engaging in his hobbies is another excellent way to enjoy some quality time together.

Assuming you have shared interests, taking a class or learning a new skill together can also foster closeness and intimacy.

However, it should be overstated that the key to spending quality time is quality. Romance and intimacy will never grow if your romantic moments are interrupted by constant strings of cell phone notifications.

Physical touch is another important avenue of romancing men.

Men require sexual and non-sexual physical touch to feel satisfied with their relationship. However, it’s always important to ask for consent before initiating either.

It’s not surprising that both men and women love to be told they are loved. Compliments were found to activate the same response in the striatum as receiving monetary rewards.

Words of affirmations, such as proclamations of love, and compliments, aren’t restricted to a verbal sense.

Although men don’t value acts of service and gifts as high as other forms of love languages, they can still be practical tools in your romancing strategy.

The crucial detail to remember with these love languages is that the thought behind the act of service or gift is far more valuable than the service and gift itself.

Contrary to popular belief, men are highly nuanced, complicated beings. Like women, men have forms of social norms and self-governance.

The key to understanding the types of good touch for your man is open and honest communication. Unlike women, who are more likely to desire romantic acts to take place without asking for them, men don’t feel that discussing a romantic action kills the mood.

When the time comes, simply asking if it’s okay to lean your head on his shoulder can be really helpful.

As stated previously, Chapman’s five love languages are a tested and proven strategy to communicate love and affection with your significant other.

Let’s look at some ways you can implement these love languages in your courtship strategy:

Do All Guys Like it When Girls Show Affection?

Not every guy is comfortable with physical or emotional affection.  Some of them can get embarrassed or feel uncomfortable especially if you’re not very far in the relationship yet.

Depending on the guy that you’re with he may have different standards for what he finds acceptable.

Understanding his desires and his needs is a great way to know if you are giving enough affection.

What Are The 5 Love Languages? Everything You Need To Know

Men Need Romance in Their Lives Just as Much as Women

Men and Relationships – What Are Men Really like in Romance?

What Romance Means to Men vs. Women