It isn’t uncommon in today’s society for people to “ghost” each other on social media or through messaging. If you meet a new guy and he gives up on talking to you after a couple of weeks, you may consider yourself “ghosted.”

However if you’re in a long-term relationship with someone and get into a fight or an argument, it’s possible that he may need some time to cool off and therefore will stop talking to you for maybe a day or two.

Here’s How Long Guys can Go Without Talking to You: 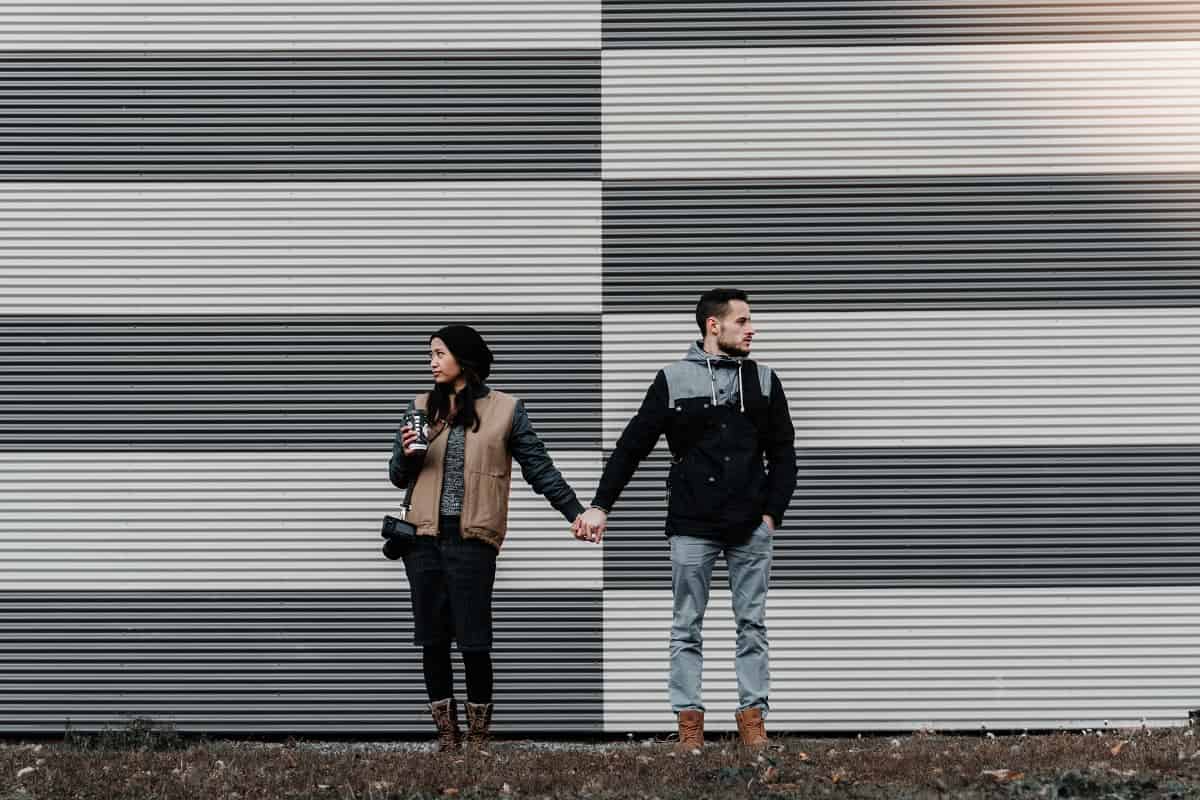 Is It Normal For a Guy to Stop Talking to a Girl?

It’s totally normal for someone to stop talking to another person for any reason whatsoever.

For example, if you met a guy at a coffee shop and you thought he was creepy, you may never want to speak to him again.

The same goes for guys. If he finds out that he doesn’t like you or that you don’t have anything in common, he may decide he doesn’t want to pursue the relationship.

He also won’t try to continue to talk to you or engage in long-term conversations. If this happens, try not to take it personally. Some people get along and some people don’t.

It may have nothing to do with you and be entirely up to him. Most of all, try not to dwell on these situations.

Furthermore, for couples who are in a long-term relationship, it is possible that an extremely bad fight, disagreement, or betrayal may cause a man to stop talking to his girlfriend or wife. It may even lead to a break up or divorce.

Depending on the situation, the outcome will be very different.

What Does it Mean if He’s not Answering Back?

There are many different reasons why a man would not answer your texts.

One of the reasons is that he wants you to let him go. If he decided he didn’t like you he doesn’t want you to desire him even more.

It’s also possible that he has his attention on someone else. He may be already talking to more than one person, and therefore could be choosing other partners over you.

He may also have decided that he prefers you as a friend instead of a romantic partner. In which case he might be responding to you but he’s not giving you all of his undivided attention.

One of the best ways to find out why he isn’t answering you is to ask him.

Although it’s possible he may never respond, you can always send a message asking him what’s going on and why he isn’t responding to you.

Sometimes he’ll be honest and tell you the truth, other times he’ll never respond at all. Regardless, you’ll have done your best to find out why and then can finally let him go.

How Do I Know if He’s Angry or Sad?

You can always find out if a guy is angry or sad by asking him.

If he’s a very quiet person it might be very difficult to understand what he’s feeling, but you can always speak to him and try to get to the bottom of it. If he is a much more boisterous person, you might find it easier to converse with him about his current mood.

Above all, pay attention to his behavior and his attitude. Does he seem closed off, crying, frustrated?

Furthermore, if his text messages are only a couple of words long or he is barely responding, it’s possible he’s either mad, bored, or sad.

If or when you confront him, make sure to find a secure calm place to directly ask him what is troubling him. Try not to be aggressive and allow him to speak his mind without interrupting him.

If you don’t feel comfortable or safe confronting him, reach out to one of his friends or his family and ask them what they think.

When Should I Start to Worry?

When a guy abruptly quits texting at the start of a relationship, it might be for a variety of reasons. He may be at the gym or is concentrating on something else and has turned off his phone.

However, if a guy is serious about building and participating in a relationship with you, he won’t disappear for days or weeks at a time.

So, if he does disappear, you’re probably dealing with a guy who isn’t all that interested in you. Well you shouldn’t worry per-se, it is probably time to move on to a new person.

However if you’re in a long-term relationship with someone and he disappears for several days at a time, you should definitely start to be nervous or worried – not only for his personal safety, but whether or not your relationship is on solid ground.

How Can I Get Him to Talk to Me Again?

You can’t force someone to talk to you if they don’t want to. However you can attempt to fix any issue that might have happened between the two of you.

For example, if you hurt his feelings you can absolutely apologize. That is always the best first step between any couple that is fighting.

However, if something more serious occurred, such as a breakup, you may not be able to reconcile and be friends. Instead, it is probably better to let him go and to heal on your end as well.

Furthermore, if you and he have only just started dating, but he “ghosted” you, then it’s possible he isn’t coming back. Texting him over and over again will only annoy him and stress you out.

Let the guys who “ghost” you go. It probably wasn’t meant to be anyway.

Is It Better To Text or Call Him?

Depending on the situation, calling or texting is a case-by-case decision to make.

For example, if you are a couple going through a divorce, it’s probably better to text each other. This prevents aggression or irritation between two parties who might be fighting.

However, if you are at the beginning of your dating relationship and you’re not comfortable talking on the phone yet, you might text in order to feel comfortable and more charming.

Furthermore, if you are in a long-term happy relationship, it is probably best to call him on the phone and to communicate quickly and efficiently.

When disagreeing about a topic, it is better to do it in person in a calm and neutral setting. A lot of miscommunication can happen through text or over the phone, so speaking to each other on common ground in person is a great way to resolve an issue or to make up after a fight.

However, if you are in the middle of a fight with a man and you don’t feel comfortable being in the same room with him, it’s definitely better to either text him, or to have someone else intervene on your behalf.

7 Reasons Why He Stopped Talking to You

Ask a Guy: Why Did He Suddenly Stop Texting Me?