The ending of a relationship can be one of the most difficult times in a person’s life, not only because it is the end of the romantic attachment, but all of the other perks that create a partnership with someone.

However, just because the romance is gone doesn’t mean that the friendship has to go away.

Here’s How Guys React After a Breakup:

Guys want to be friends with their exes, but it isn’t easy. Guys need a little more time to process, and not every guy wants to be friends. Relationship experts say that it takes six months to get over a relationship. Once you have been able to process, you can start being friends. 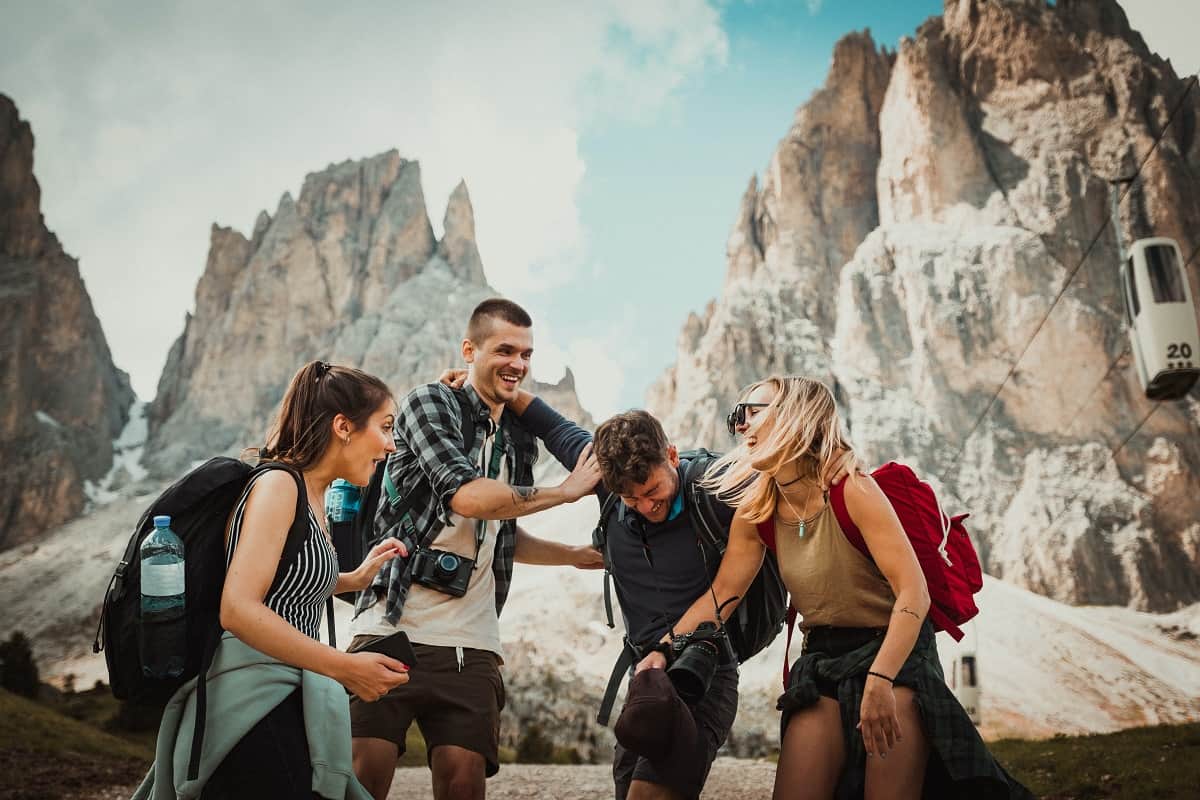 How Long Does It Take To Go From Spouse To Friend?

Determining how long it takes to be a friend with an ex has many factors to consider:

This isn’t always a bad thing either!

Many times in a relationship, you can tell fairly early on whether or not this is a relationship that is worth investing your time and heart into.

While there may not be a lot of love there, there can be plenty of respect which can translate to an amazing friendship pretty quickly.

However, on the other side of the coin are relationships that have gone through it for a long time. Ending a long-term relationship can be devastating because the longer you spend with someone, the more invested you are.

You are not only invested emotionally, either!

To stay with one person for any great deal of time means that you are planning a life with this person, so, once the relationship ends, it can be hard to see how the two of you can ever come together in a friendship.

Relationship experts say that it takes six months to get over a relationship. Once you have processed the end of the relationship, you can start exploring each other as friends.

So, if you want to keep this person in your life, with or without those loving feelings, give yourself at least six months to heal first!

Do Men Generally Prefer To Keep Or Cut Contact After A Breakup?

Whether or not your ex-boyfriend will ice you out after a breakup has a lot to do with how the relationship ended.

If it was contentious, chances of being able to connect on a friendship level would be a lot more difficult.

Most men do cut off contact with their ex after a breakup. This means that you may find yourself blocked on everything from social media to even your phone number is blocked.

Don’t let this discourage you from taking steps toward creating a great friendship in the future!

Why do We Cut Each other Off?

Why is it that a guy’s first instinct after a breakup is to cut off contact with an ex completely?

For as complicated as men can be, the answer is pretty simple: “Out of sight, out of mind” mentality.

Men process negative emotions far slower than women do. So to fully let go of a relationship, a man has to erase you from their mind to process and heal completely.

Only after they have had the time to process the experience that both of you went through can you truly come to a place where a friendship can begin.

Is It Normal For Ex-Boyfriends To Cut The Contact?

It can be very painful to reach out to a new ex only to find that they have completely cut off contact with you.

It hurts because, to have a romantic relationship with someone, there has to be a certain level of trust and respect to make as far as you may have.

Once that trust and respect are broken, it is easy to feel unsettled and not be able to communicate with the only other person who knows exactly how you feel, which can feel like a whole new level of betrayal.

While it can be painful, he may be doing it to save you from further hurt. When you think about it, sometimes the only other person who knows you best besides yourself is the person that you built a romantic life with.

Perhaps the reason why it seems like he is icing you out is just his way of avoiding any further conflict or even avoiding provoking a reaction out of you.

If you find that you’re getting the cold shoulder, maybe you should take the time to evaluate how you have responded in the past.

Why Do Guys Cut Off Contact After A Breakup?

The number one reason your ex is cutting off contact is that they simply need more time to process the emotions that come with ending a relationship.

However, sometimes it can be much more complicated than that.

Sometimes an ex can quickly move on and separate those feelings, which opens the door for them to jump into a new relationship before you have had time to process it.

If that is the case, blocking you on social media may be an act of kindness. This way, they protect your feelings by not letting you see that they have moved on.

He also may not want to talk about it yet.

If you are trying to reach out to settle feelings and move on and are not getting a response, instead of taking it personally, understand that it is a boundary that your ex is establishing with you.

As time moves on, hurt feelings and complicated emotions lessen, so the chances of him coming back around to open the conversation are high.

My advice is to let him have that moment of silence. If you want a friendship, let it happen in his time.

The other most common reason for an ice-out is that your ex is taking the time to work on himself. After the breakup, self-care is so often discussed, and men need self-care just as much as women do.

Their silence may be a sign that they need to better themselves before they can entertain the idea of being your friend. This isn’t a bad thing at all!

There is a reason why your romantic relationship didn’t work out, which may prevent you from having a genuine friendship moving forward.

Maybe after he settles himself and finds out who he is, he may find that being your friend is easier.

However, on the other side of the coin, he may find that it isn’t for him, and that is something you will have to respect.

How Can I Get Him To Stay In Contact After A Breakup?

The first thing you need to do is decide whether or not a friendship with your ex is something you want to explore.

We fall into these holding patterns when we are in a relationship, and it can be scary to think that this one person you’ve been able to lean on won’t be in your life anymore.

If you still want to be their friend, you must accept that they might not feel the same. You can’t control anything but the way that you choose to react.

The first thing you need to do to keep in contact with an ex after a breakup is to listen to what he is telling you.

That will be the best indication of whether or not a friendship is going to happen.

So, you need to listen to what he says, but you also need to believe it.

Stay off his Social Media

Next, stay off of his social media.

Living in the digital age has been an amazing way to connect with people and find happiness; however, it is double-edged.

It is so easy to fall down that rabbit hole of going through our ex’s social media, looking for any clue of what they have been up to.

While they are free to put whatever they want out there on the internet, it is a little of a breach of respect to use what you find against them, especially if you want to be their friend!

It would be best if you accepted that the romantic side of your relationship is over, so try to keep your cool when it comes to what they post.

The last piece of advice I can give you about keeping in contact with your ex is that you need to remember where you currently stand in their life.

When you were in a relationship, it was acceptable to talk to them about certain things and expect them to be there for whatever you needed. However, when starting up a friendship, remember that there are very clear boundaries that you should never cross.

Keep the conversations light and focused on friendship. Don’t revisit old issues that ultimately caused the relationship to break.

Breaking up is an agreement with the two of you that what happened in the past no longer has a place in the current time.

One big no-no is calling them late at night. While this might have been the usual thing for you to do in the past, you no longer have the same access to them.

Especially if they have chosen to move on with someone else, you need to respect that. You cannot have a healthy friendship with someone if you impose your insecurities.

Should you be friends with an ex? I’ve had plenty of exes become a friend.

Ultimately, you saw something in that person that made you feel good about yourself. So while the romance may have fizzled out, the connection may still be there.

The best way to ensure that a friendship can be sustainable is to follow the guy’s lead! Don’t take it personally if his first instinct is to block you.

That is sometimes the most natural way to react to the ending of something. Just remember that everything is temporary.

While you may find yourself blocked on their social media, for now, that doesn’t mean that the door to friendship will be closed forever.

So, keep your cool and remember that a friendship is something worth waiting for.

Why Do Guys Go Cold After A Break-Up? 14 Absolute Truths