One of the worst feelings in the world is knowing someone is mad at you and not having any control over fixing it. While the occasional fight is healthy, when does it become a problem?

It can seem like the fight will never end, especially if your man stays mad for a long time. Women like to work things out right away and resolve them, but men need longer to process their emotions.

How long can a guy stay mad at a girl?

Here’s an Idea of How Long Guys Stay Mad:

The length of anger can vary from guy to guy, but anyone can hold a grudge. Fighting can be a healthy exercise in emotional expression if it is done safely and constructively. Couples who never fight can have more problems because they aren’t letting emotions out or voicing their concerns. 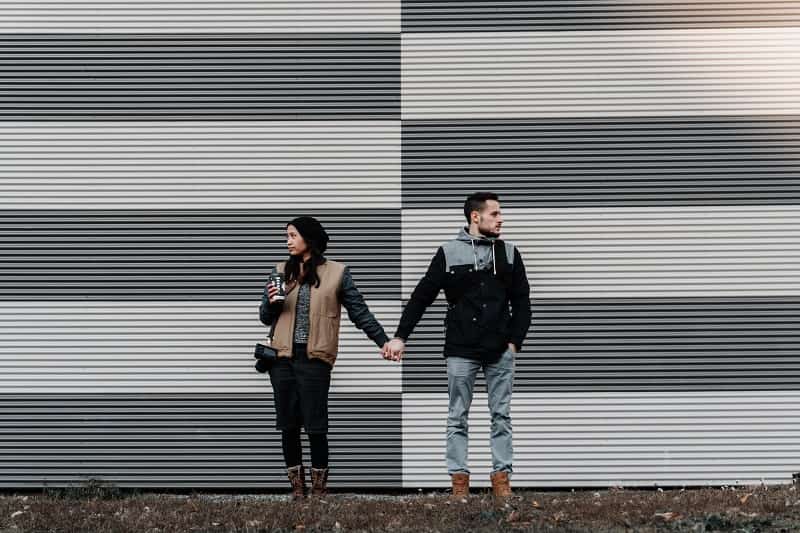 What To Do If A Guy Is Mad At You?

We’ve all experienced the post-fight awkwardness of trying to start a normal conversation and make things feel normal again. If your partner is still mad, you won’t get the resolve you hope for.

My first piece of advice would be to give your man space.  Women are sometimes called “fixers,” because of their overwhelming urge to make everything better right away.

This can be from a desire to make their partner feel better, or their discomfort at being around an angry man.

Men don’t function like that.  They need to sit with their feelings for some time to process them.  Only when they have had a chance to understand their anger can the two of you come together to solve it!

How to Approach Him

Once your man has calmed down and seems to be in higher spirits, then you can approach him.

If you want to know if he’s feeling better, the best thing to do would be to ask him.  Assuming anything about your partner’s feelings is a sure way to kick up another fight.

If your man gives you the “okay,” you can open up a healing conversation.  If you have some fault, now is the time to own up to it!

Start with a sincere apology from the heart.  This means that you should avoid making assumptions about how you made him feel and any excuses.

Lastly, don’t demand an apology in return.  Apologies need to be given openly and feely to mean something.  If your guy had some fault, too, he should feel comfortable apologizing at his speed.

Remember, men don’t pick up on the cues as quickly as women, so you may have to wait. Just don’t wait too long.

Remember that you are your biggest advocate.  If your man hurt you, much like you hurt him, he should know about it.

This is the only way for both of you to take accountability and become stronger together!

Why Do Men Stay Mad?

It can be frustrating when you feel like your partner is not on the same page.  Why does he stay mad for so long?

If you worry that you’re the problem – have no fear. There is some simple science behind it all!

Experts say that men stay mad longer because their anger comes from a place of fear.  Fear is one of the strongest emotions and can be hard for anyone to tackle internally.

They may be uncertain how you will react once they process their anger, thereby prolonging coming together to talk about the fight.

Along with fear, anger is often tied into jealously and sadness for men. These emotions are very powerful for most people, but to hold onto that anger is a great way for someone to prolong finding a resolution – especially if they want to stay mad.

While this may be the case for some men, it is most likely the fear guiding their stubbornness to let go. This is why it is so important to give your man a little space, so he has the room to process without anyone making things worse.

How Long Does It Generally Take To Stop Being Angry?

Anger is tied to so many things we humans feel and do.

With anger, there are a ton of underlying emotions that come with it.  It is never as simple as just being angry from rage to jealously.

Did you know that this has a lot to do with your brain function?

Anger has its specific wiring board in our brain.  Once the anger wiring is triggered, for whatever reason, your heart rate will increase, and you may notice other physical reactions as well.

You might begin to shake or have a hard time letting go of your anger. Those reactions are how your brain is processing the information.

Brain experts say that it takes a full 90 seconds for your brain to begin calming down your mind and body after triggering anger.

Note that these 90 second moments of anger are triggered by smaller experiences and not major life events – which are much more complicated.

Can You Be Angry At Somebody You Love?

You absolutely can be angry with someone that you love.

We attach so much of our energy and passion when we are in love so, it shouldn’t come as a surprise to know that this same passion can lead to a bit of anger. When we feel so passionately about something or someone, it is hard not to take the little things personally.

This is because we expect the person we love to always be on our side, and whether or not you believe it, they are still on your side even when one person gets angry with the other.

You want to give the person you love everything you have to succeed in the relationship.  This includes the good, the bad, and the ugly.

What To Do If Your Man Is Ignoring You?

Have you ever stormed away after a fight with your man, and once you’re alone, start regretting the things you’ve said? He has, too.

So what do you do when your man is giving you the silent treatment after a fight?

Your man is setting a clear boundary, whether he knows it or not.  He is telling you that it is not the time to talk about it, and he is not emotionally ready to “work things out.”

But don’t worry, at one point, he will be.

Instead of spinning off in your mind thinking about all the bad things that can happen, take his silence as a gift.  Use that time to process your emotions after a fight and find a peaceful solution within yourself.

You can’t fix anything if both of you are still in a place of contention. Don’t worry. The silence won’t last forever!  I’ve never known a man who doesn’t like to talk.

Follow your man’s lead. He will let you know when he’s ready.

How Can I Help My Guy Move On?

Moving on after a fight is only possible when the two people involved are ready.

If your guy is showing you signs that he isn’t ready, like ignoring you are asking for space, try to respect that.

He might tell you that he can’t emotionally process what has happened yet.  Respect the boundaries he puts up.

You really shouldn’t focus on him after a fight.  It would be best to look inward, focus on yourself, and set your own emotional boundaries.

Figuring out how you will approach your man when he is ready is a great way to help each other move on from the fight.

Remember, the goal is to repair what was cracked and not make the crack bigger!

Don’t Punish Each Other

Especially if something was said that hit you right in the heart, don’t tit for tat.  Continuing the conflict will only make things worse.

Instead, clearly express to him how he hurt you so that he can learn not to do it again.  The same should be said for him.

Don’t get defensive if he tells you about how you hurt him.  This is his way of holding you accountable as well.

If there is love there, both of you will want to resolve the issue.  Just remember to do it at each other’s own pace.

Anger is one of the most complicated emotions to process.

More than that, it is one of the most difficult emotions to understand.  This is because, under the surface, there is something much deeper happening.

However, it is important to understand the difference between acceptable and unwarranted anger. If you feel like his anger is too often and aggressive, you should both try to seek help.

Just because anger is a common emotion doesn’t mean that any physical or emotional abuse is warranted as a response. Even if you are the reason for your partner’s anger, you should still advocate for yourself and your safety.

Most times, the anger will blow over, and the two of you will forget all about those things you said.  Just remember, give each other time to process.

Not everyone thinks as quickly as you do, so understanding everyone’s needs is the best way to help everyone move forward.  Take care of each other.

If you think you’re in an abusive relationship here is an amazing resource for you at thehotline.org.

Men’s anger is often down to fear, according to a psychologist

Why Are Men So Angry?