Most people know Prada as a luxury fashion brand, but some may not know that it is under a group of companies called The Prada Group.

Yes, you read that right! While the brand was founded in 1913, the Prada Group was established in the late 80s. This was when CEO Miuccia Prada met her husband Patrizio Bertelli, a businessman.

Bertelli eventually became one of the CEOs of Prada. It was through his new business model that the company grew rapidly in the 1980s.

Now let’s check out the brands that Prada Group owns:

Prada owns Miu Miu, Car Shoe, Luna Rossa, Fondazione Prada, Church’s and Pasticceria Marchesi 1824. Although Prada stands tall on its own, it is also bolstered and made even better by the brands that it has acquired, which thrive as famous and good-standing businesses. 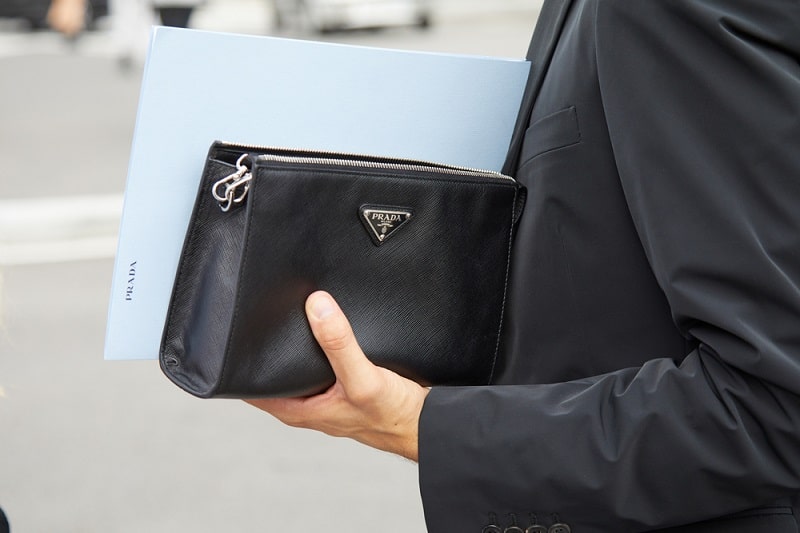 Does The Prada Group Own Miu Miu?

Miu Miu is a brand that Miuccia Prada founded in 1992.

Miu Miu is a fully owned subsidiary of Prada.

While Prada generally has a classic and sophisticated style with timeless pieces, Miu Miu has more of a youthful and playful vibe. The latter also has more affordable products.

Miu Miu’s target market covers a broad age range, with most customers in the 20 to 29 age bracket. The brand also attracts a high volume of customers aged 30 to 34. Most of the brand’s customers are female.

As a subsidiary of Prada, Miu Miu as a brand has grown significantly, with 146 stores worldwide.

Is Prada Part Of Another Brand? Check out our other article to find out!

Does The Prada Group Own Guess?

Guess was founded in 1981 by the Marciano brothers, who left France to chase the American dream. Guess is known for redefining denim with some European influence.

From its first appearance at Bloomingdale’s department store, Guess quickly became an iconic brand that specializes in denim pieces. It also sells apparel, bags, and accessories. Guess has a total of 1638 stores in 80 countries worldwide.

Guess has a clothing line for kids called Guess Kids, launched in the early 2000s. Later in 2005, the brand also released a perfume collection.

As successful as Guess is, it is NOT owned by the Prada Group. Guess belongs to Marciano Stores, owned by one of the brand’s founders, Paul Marciano.

Does The Prada Group Own Gucci?

Like Prada, Gucci is a luxury fashion brand that originated in Italy with over 480 stores worldwide.

It specializes in bags, shoes, ready-to-wear, accessories, and fragrances. In addition, Gucci has a make-up line.

Gucci was founded in 1921 by Guccio Gucci in Florence, Italy. The brand started as a manufacturer of luggage and other luxury travel goods, as well as equestrian gear and equipment.

Just like Prada, Gucci’s target market includes celebrities and the wealthier class of fashionistas. But since it started making more affordable items, the brand’s target market has expanded to include women from the middle class and upper middle class.

However, the Prada Group DOES NOT own Gucci. It is owned by Kering, a French luxury fashion group of companies.

Does The Prada Group Own Car Shoe?

The Original Car Shoe, known as Car Shoe, is an Italian high-end fashion brand established in 1963.

Gianni Mostile founded it, an artisan whose passion for race cars and handmade shoes translates into his designs of well-constructed footwear for men and women. The brand is known for iconic leather loafers with rubber studs on the soles.

The brand manufactures shoes that are luxurious and comfortable. While the brand’s target market comprises the old and the wealthy, younger customers also patronize Car Shoe for its timeless pieces.

Car Shoe is owned by Prada. The Prada Group acquired it in 2001.

The Prada Group took over the brand intending to preserve Car Shoe as an emblematic Italian brand. The 1963 logo was reintroduced, and the original quality that its founder patented was restored.

Does The Prada Group Own Luna Rossa?

Luna Rossa is an Italian sailing team that was founded in 1997. It represented the Circolo Della Vela Sicilia in its Challenge for the 37th America’s Cup edition.

The team has 21 members, including some notable sailors like Torben Grael, James Spithill, Francesco Bruni, and Pietro Sibello.

Luna Rossa holds the highest regard for sportsmanship while pursuing technological innovations as a team. Its projects have worn the hearts of Italians and all other sailing enthusiasts worldwide.

What Other Companies Does The Prada Group Own?

Besides Miu Miu, Car Shoe, and Luna Rossa, the Prada Group has acquired three other companies:

Church’s is a luxury footwear manufacturer that was established in 1873. Thomas Church in Northampton, England, founded it.

The brand was born in a small factory by Thomas Church with his wife and two sons. This small factory housed the company until 1880, when it expanded to a larger place in the same town.

The company has then grown a lot and started exporting its products to the US and Canada in the early 1900s.

It was in 1999 when Church’s was acquired by Prada in a $170 million deal. This acquisition helped further the brand’s growth with a new global strategy that’s more marketing-oriented.

Currently, Church’s has over 60 stores worldwide.

Founded in 1824 by the Marchesi family, Pasticceria Marchesi is a pastry shop that embodies the Milanese baking style.

It is one of the oldest and most popular pastry shops in Milan. Its first shop was the historic one on Via Santa Maria Alla Porta.

Pasticceria Marchesi 1824 offers a wide variety of pastries with sweet and savory selections.

Its products are from traditional family recipes that are reinterpreted with a contemporary twist. The most famous product of this store is the Panettone, a type of Italian sweet bread that originated in Milan.

In 2014, the Prada Group acquired Pasticceria Marchesi 1824 – 200 years after opening the first ever shop.

Five years after the acquisition, Pasticceria Marchesi 1824 made its first expansion outside of Italy and opened a new pastry shop in the heart of London.

The foundation was established in 1993 and acquired by Prada in 1995.

Since it started in 1993 up until 2010, Fondazione Prada has organized a total of 24 solo shows at famous exhibition spaces in Milan. It has also organized numerous activities and events to promote visual arts, films, digital arts, performance arts, and music.