You aren’t alone if you don’t understand why guys like mean girls.

This is a question that many women face when trying to find men to date, but mean girls take them.

Some guys like mean girls because they find them aggressive and passionate. This makes them more interesting and exciting to be with, even if that means dealing with their temper or attitude. The excitement is worth it for some men and might even be why they are with them. 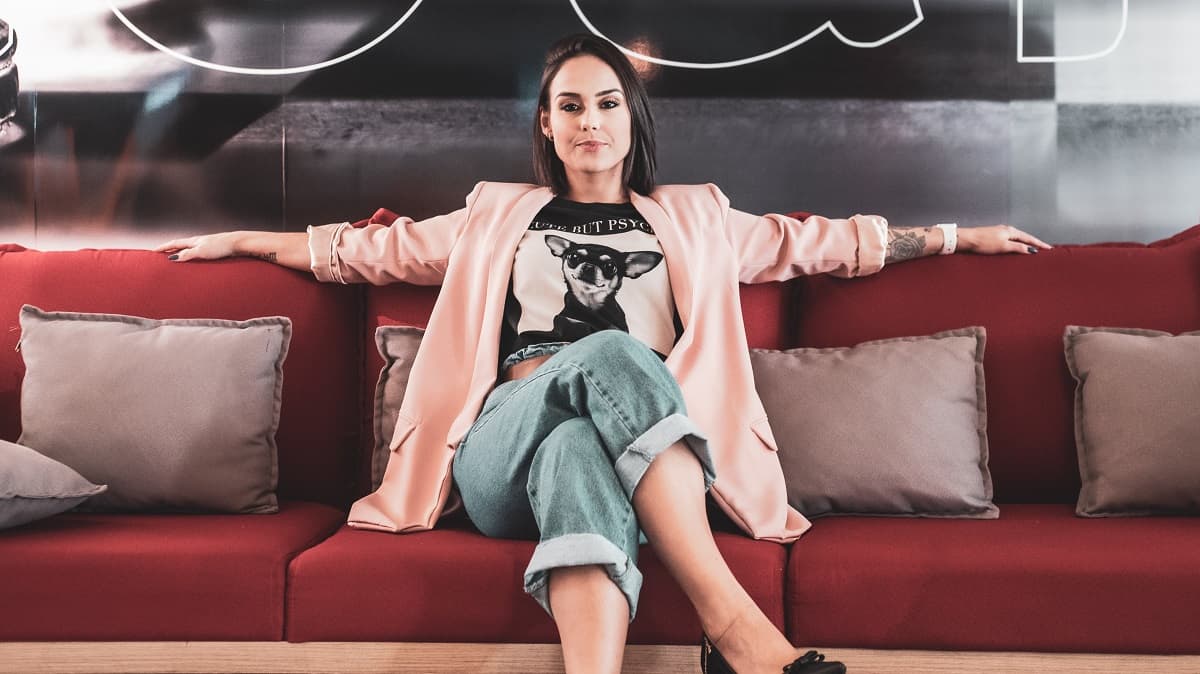 Many men like a challenge when it comes to the world of dating. This often means a woman who is not interested in them or is already dating someone.

This is also why guys tend to gravitate toward mean girls, as they are hard to get and keep. These women are independent, demanding, and passionate, making them exciting girlfriends.

Many men might gravitate towards this type of girl because she is a challenge as she won’t date just anyone. He might even see her mean attitude as a ruse.

Many men might see this as a game they want to win to boost their ego. They may not even realize that she is truly a mean girl.

Mean girls are difficult to keep happy and are very vocal when they aren’t happy, which might seem less than desirable.

However, some men find this very attractive, keeping them on their toes and constantly seeking her approval.

The average guy might find this incredibly unattractive, but some enjoy this attitude. It may keep them interested in her if their male gaze usually wanders in relationships.

Constantly seeking her approval and happiness can keep things interesting in a long-term relationship. A guy might even see her meanness as a source of fire in their relationship that keeps it exciting.

This is not how most men will feel, but the occasional guy will be into this kind of dynamic in a relationship.

Some guys may view mean girls as being passionate partners in a relationship.

In some ways, this can be a correct way of viewing them as mean girls are typically hot-tempered and aggressive individuals.

They want what they want and intend on getting it, even if that means stepping on a few unsuspecting people.

Some men love this kind of fiery attitude and find it magnetic and highly attractive. They may see it as a means of keeping passion in both the bedroom and the general day-to-day relationship.

Some men love this kind of explosiveness and find it a great way of staying intrigued and interested. While many men may find this type of relationship difficult to maintain, this kind of man finds it to be additive.

Some men love that kind of passion, even if it comes from a plain of meanness.

4. Men Can Have Low Self-Esteem

Some men also gravitate towards mean girls because they have low self-esteem and think they deserve them.

This is a response that comes from a lack of confidence and belief in themself.

This type of man is usually very aware of just how mean this woman can be, but that is why he is dating her. He thinks he deserves this kind of treatment and could never attract a nice girl.

This low self-esteem leaves him feeling unworthy of anyone better, which keeps him trapped with a mean girl. He doesn’t necessarily enjoy being treated badly, but he doesn’t think he deserves any better.

He will often deal with the mean behavior because he doesn’t want to be alone and still wants a relationship, even if that means having to date someone who treats him badly.

A man like this will either have two gain self-confidence enough to leave this kind of woman or meet a nice girl to realize what he is missing. Once that happens, he may be able to have the courage to date someone who treats him better.

5. They Don’t Realize They Are Mean

There is also the instance where a man might be going for a mean girl without realizing that she is mean.

This could be due to several different reasons which could be blinding him from seeing how she truly behaves.

Maybe she puts on an act around him and doesn’t let him see just how mean she is. This is common for girls that are generally only mean to other girls who they see as competition.

He might also be blinded by how much he likes her.

We can all be blinded by attraction or love, no matter how the other person really behaves. This is human nature as many seek to ignore the negative side of the people they really like.

He may be so infatuated with her that he fails to recognize the signs of how mean she can really be. Or he believes that she comes across harshly, or he is just misinterpreting what she is saying.

He might also be used to being treated badly and not even notice that this kind of behavior is not acceptable. Maybe he comes from a mean family or has been in toxic relationships before.

These are all backgrounds that could potentially blind him to just how mean this girl can be. He may either think this behavior is normal or not even recognize how bad it is.

Many guys may find the idea of a mean girl attractive. This is similar to how many women might find themselves attracted to the idea of “the bad boy.”

A part of human nature is instinctually attracted to the people that we think we cannot have or do not deserve. It is also easy to see bad or mean behavior as dangerous and exciting, making it attractive.

This could be why some men go after the mean girls because they are exciting and dangerous.

In reality, these guys might not like what they end up getting. They think that is what they want.

The idea of the mean girl may be attractive, but the reality could be very different from what they thought.

Many men might have to learn that a mean girl really can be mean. At first, she may seem exciting and dangerous, but that spark can quickly fizzle out.

What Do Guys See in Mean Girls?

Guys attracted to mean girls may see a rarity they want to tame.

This is like how women may see a bad boy or a player who wants to win over and “change for the better.”

Some men may see a mean girl as a challenge and a project they want to take on. Maybe they want to “win” against her and turn her into a sweeter woman, or they want the ego boost of winning over the mean girl.

Every guy will have a different reason according to their intentions and personality. Some guys might even be oblivious and not realize that they are going after the mean girl.

Some men might be completely oblivious that they are attracted to or dating a mean girl. They might not have yet experienced that side of her.

Mean girls may also carry that same appeal that bad boys carry, the danger of going after them. This is something that can be intriguing and exciting in theory.

May men have to learn that you can’t always tame a mean girl.

What Type of Guys Are Attracted to Mean Girls?

Any guy can like a mean girl depending on the girl and the circumstances. There is no formula to what makes a man more inclined to chase the mean girl. It just happens.

Even the nicest guy could find himself falling for the mean girl if she is someone that he finds magnetic and attractive.

You might even be surprised at how many nice guys end up going after the mean girl. Often, the guys you would expect to go after them are too busy going after nice girls.

A mean or otherwise unpleasant man will usually not go for the mean girl because she is not so easily controlled or tamed. He will often go for the nice girls who are easier to sway to his side of things.

The good guy might pursue a mean girl because he thinks he can change her or reveal her purer self under her exterior meanness.

Why Do Guys Like When You Are Mean to Them?

Many guys find it attractive when a girl is mean to them because it is exciting and shows that she has spirit.

Most men don’t want to constantly be catered to or be around a sweet girl 24/7. He wants excitement and fire.

When a girl is mean to a guy, it instantly sparks his interest and gets him excited. When you are mean to him, this makes the chase much more interesting and the reward that much more rewarding.

Furthermore, when a mean girl is nice to her guy, it feels like a much bigger deal and more exciting. This can be problematic, as it encourages mean behavior and only fleeting moments of kindness.

This is the kind of girl that will leave him feeling proud of himself and give his ego a hefty boost. He can win you over and get you to like him even if you originally didn’t like him much at all.

This is very common psychology regarding attraction, especially in younger guys. Older men might not be so inclined to chase a woman who is mean to them as he has had more experience.

Of course, this depends on the man, as some men might have egos too delicate to criticize and might find this to be a huge turn-off.