If you wonder why so many guys walk around with sagging pants, you are not alone in wondering about this fashion choice.

Steeped in American culture, sagging pants is a long-standing style that persists today:

Why Guys Sag Their Pants 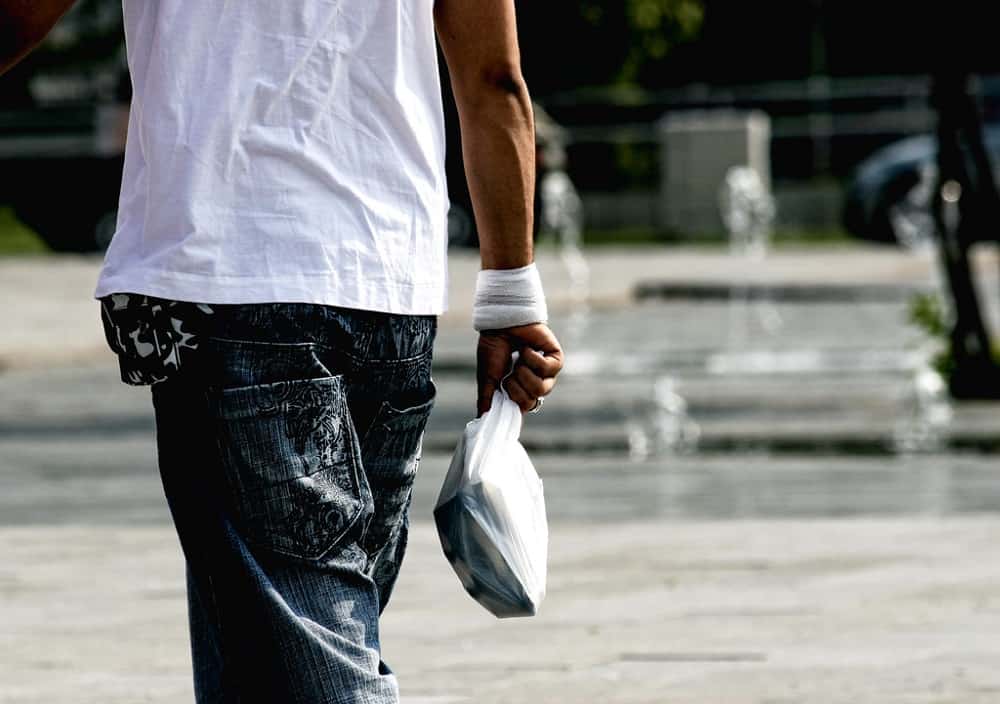 1. They Want to Rebel

Many young men will start to sag their pants when they are teenagers because they think this makes them look tougher. This is often a form of rebellion against a school, dress codes, or how their parents want them to dress.

This can easily follow them into their adult years as they embrace this sense of style and like the attention they get. This look is an outright way of rebelling against how people think men should dress in society.

A guy that wears sagging pants might be trying to send a message to other people that he doesn’t care. He doesn’t care what they think or if they like how he dresses.

Some guys will sag their pants because they know the reactions that they will get. Though this style is not typically admired by many, these guys will enjoy even the potential negative attention they get.

This goes hand in hand with being rebellious and wanting to attract the wrong kind of attention.

A guy might think that this makes him look tough and dangerous. He may interpret the stares as a sign of respect or people noticing how tough he looks.

3. They Want to Attract Women

Some men might think that sagging their pants makes them instantly more attractive and desirable.

He might think that this makes him look mysterious and dangerous to women, thus making him more attractive.

Some men may also use this as a tactic to get a woman to admire their physic or how muscular they may be.

Many people stare at men who walk around with their pants sagging, including women. This is usually not because they are admiring them; rather, they are just admiring the style itself.

Some guys might think that sagging their pants gives them a more masculine look. Many guys will do this if they are generally skinnier and do not have as much muscle tone as they may want.

Sagging pants can give the illusion of making them appear bigger than they are, making them feel more manly.  This goes hand in hand with them feeling more tough and dangerous looking.

Many people stare at any unusual fashion sense that sticks out from the crowd. This attention can distort how a guy thinks and make him believe that all of this attention admires how masculine he is.

There is the occasional man that ends up sagging his pants without ever having the intention to do so. This can happen if he is not wearing the right size pants and does not have a belt to hold them up.

This can happen if he does not know his correct size or has lost weight and hasn’t replaced his pants. This can result in that sagging pants look that he might not necessarily be going for.

Some men are clueless when it comes to fashion and clothes and may not realize the look that they are showing.

They might also not be able to afford smaller pants or a belt and are just trying to get by with what they have. This can create the same look without them meaning to sag their pants as a statement intentionally.

Some guys, especially younger ones, may sag their pants because they think it is fashionable. This is especially true for guys that admire rappers or hip-hop artists.

They may see these men wearing sagging pants and want to replicate that kind of style. Many younger boys will start to do this, and it can continue into their adult years.

This may not have anything to do with wanting to look rough or rebel, and it could just be that they like it. Some guys like that style and don’t associate anything else with it.

Men’s style is fairly limited, so guys embrace this kind of look as it stands out from the crowd. Unlike other men’s fashion, it instantly draws your eye and gives them a unique look.

7. They Want to Look Tough

Many guys will sag their pants because they think it instantly gives them a tough look. It is common among street gangs, rappers, and hip-hop artists.

This is what sagging pants are instantly compared to; many guys think this makes them look tougher. They may also think that it gives them a kind of street cred that makes them stand out when they are out and about.

Many guys who dress this way to look tough are generally immature and out of touch. They might be obsessed with looking tough and dangerous because they want to feel more masculine.

8. They Think it Looks Cool

One of the most common reasons guys sag their pants is because they think it looks cool. They may look at the guys that wear this kind of fashion and look up to them and admire them.

A guy may dress this way because the men he thinks are cool dress this way, so he imitates them. He may not necessarily be trying to look more many or intimidating, and he may like the style.

This is a very similar mindset to how some women dress because they like how the style looks.

Sagging pants are very different from the typical way most men dress, so it may be his way of standing out and being different. This in itself can make him feel more cool and unique.