People hang up the phone for a lot of reasons.

Sometimes we politely wait for the other person to hang up first, but if we are in a hurry, we may end the call as soon as possible.

If your guy hangs up the phone first all the time, there could be a few reasons:

Here’s Why He Hangs Up First:

People hang up first when they are busy, in a hurry, don’t want to talk anymore, or are upset. Depending on the situation, a man may hang up for any reason. If he hangs up on you without explanation, something might be wrong. Asking him why is the best way to find out. 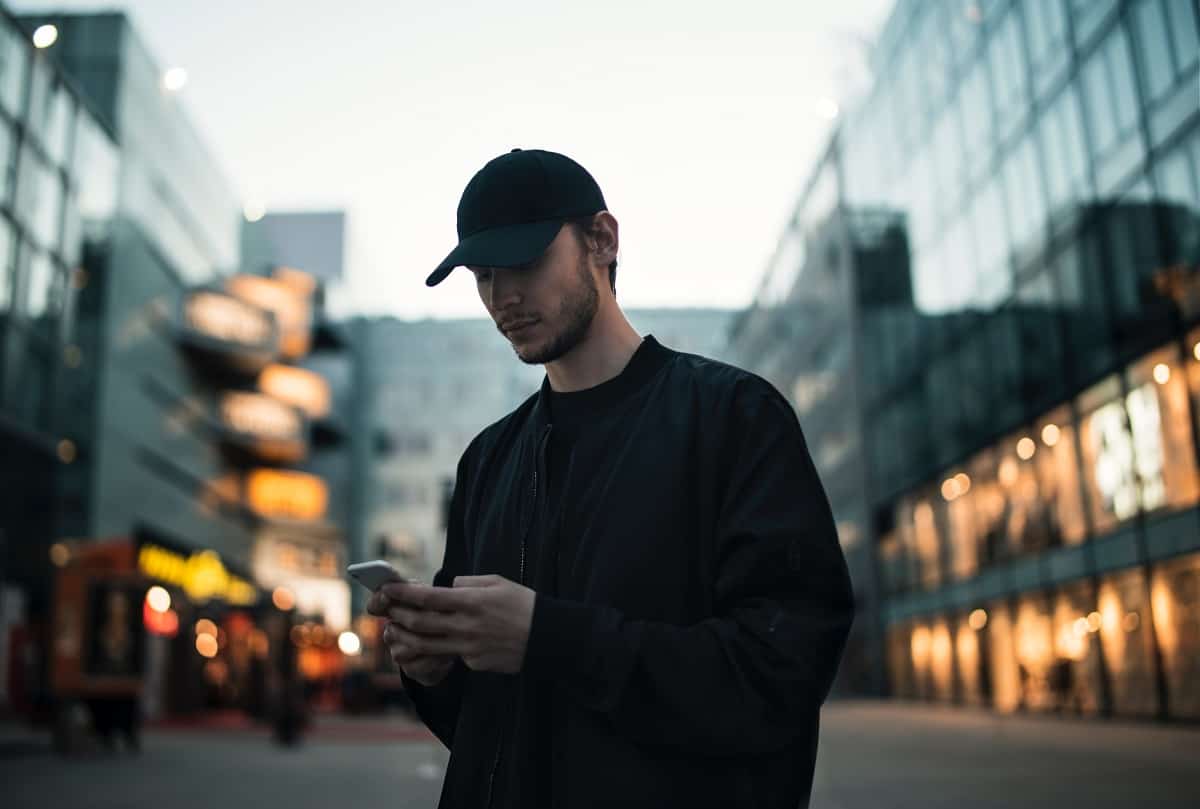 He Doesn’t Respect You

If a guy hangs up the phone first, it could be a casual sign that he doesn’t respect you.

He may not care if you have anything else to say by hanging up on you. He could be trying to make a point by abruptly ending the call right after saying goodbye.

Some men think that letting the other person hang up first is more gentleman-like and will wait. Others will hang up only after properly saying goodbye.

If your man hangs up all the time, he may not even realize it is an issue. He may instinctively end the call once the conversation finishes.

Just because he hangs up right away does not mean anything is inherently wrong.

Avoid jumping to conclusions and try to give him the benefit of the doubt. Mean can be oblivious, and it is more likely that he has no idea how this may come across to you.

He is Upset About Something

A guy might hang up the phone first after a phone call if he is upset about something.

He could be upset about something around him, or maybe you accidentally offended him. All kinds of things could have happened to make him irritated.

If he continues to act strange even after the phone call, you could ask him if you said something wrong. This can be a fast and straightforward way of getting to the bottom of the mystery.

Keep in mind that this behavior could be a red flag. If he has such a strong reaction (hanging up on you) to something innocent that you said, he may have a bad temper.

He Has Someone Else to Talk to

It could be a family member, a friend, a coworker, a boss, or even another girlfriend or partner. If he hung up on you without saying goodbye, he could be in a hurry.

If this hurts your feelings, or you feel like he isn’t paying you the amount of attention that you want, reach out to him.

Most people don’t realize how their actions come across to others. Therefore, it is important to be upfront with your feelings.

He Has Other Things to Do

If a guy hangs up the phone first after talking to you, he might have other things that he needs to do. Maybe it is his day off, and he has plans to meet up with some friends or family, or he has household things to take care of.

Maybe he needs to take his dog for a walk, or it is lunchtime, and he is hungry.

All kinds of things could be pulling his attention away from you when talking on the phone. This could easily lead to him being the first to hang up without being rude.

He may have something urgent to take care of or have something to do that he doesn’t want to forget about. Most people will rush off to get something done right away without putting it off.

If he rushes off the phone with you, understand why or ask him what happened later.

A guy might be the first to hang up if he is bored and ready for the conversation to be done. Maybe he didn’t mean to talk to you so long, or he was bored with the conversation’s direction.

You will usually be able to tell whether this is the case by how he acted on the phone. Was he interactive and responding to what you were saying, or was he dull and quiet?

You can usually tell when someone has gotten bored by how they respond and whether they add anything.

He is in a Hurry

If a guy hung up on you abruptly after your conversation was over, he might have just been in a hurry. This could happen after a phone call if it went on for longer than he had anticipated.

This is very common as phone calls can go on for much longer than we think. That, or maybe he lost track of time and has something else that he needs to do.

Maybe he made plans with someone and was running late or supposed to call someone else that day. Maybe he has to work, and he needs to hurry to get ready on time to get to his shift.

There are all kinds of reasons why he might be in a hurry after talking to you on the phone. This generally has nothing to do with you or the conversation; he ran out of time and didn’t realize it until it was too late.

If he rushes through your conversation, asks if he can call you back, or disappears, he may be running very late.