When we’re around people, especially people we find attractive, we can do many things without realizing it.

One of those habits you may notice in a guy you like is that he keeps saying your name.

He probably doesn’t realize he’s doing it, but that doesn’t mean there isn’t a reason behind it: 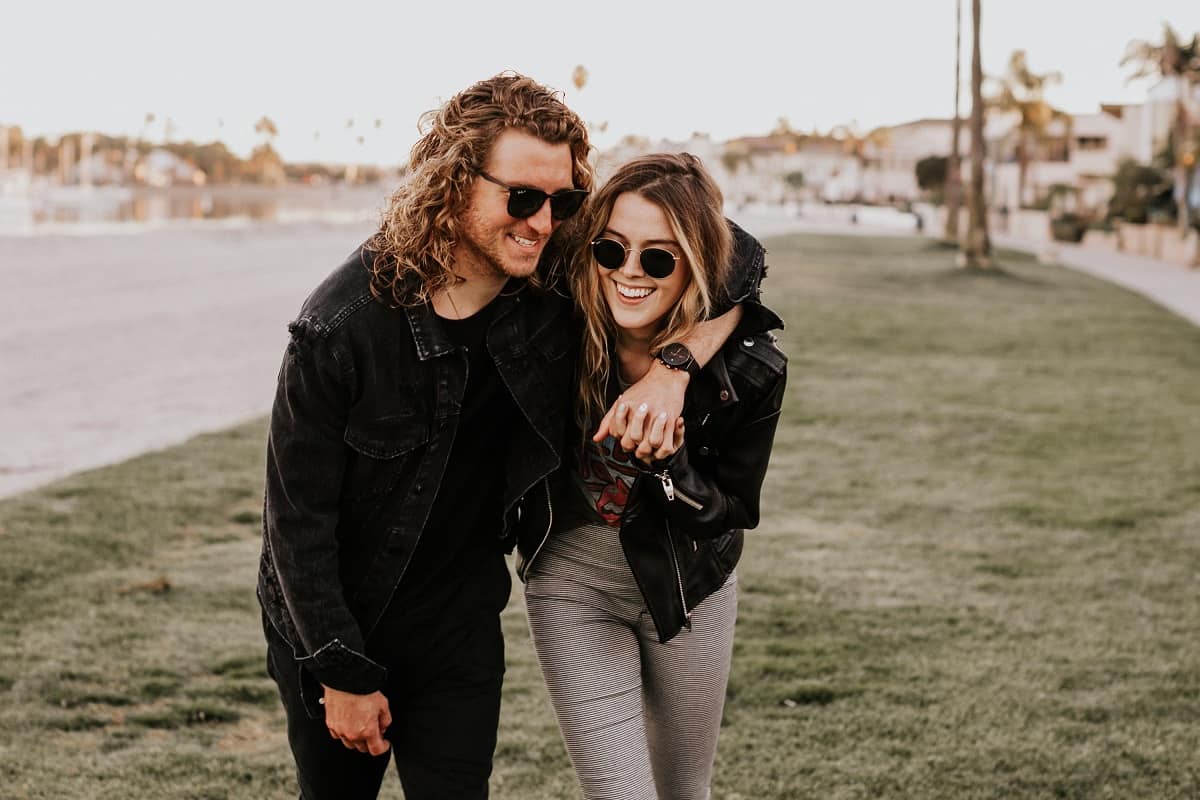 This is easy, but he might use it more often if you have a name he likes.

You might share a name with a character from a book or movie he liked, or he may like how your name sounds. We all have names that we like the sound of, and if your name is one of those, he’s more apt to use it.

This isn’t necessarily a sign of romantic interest, and if you have a name that’s not common, you’ll probably find many people keep repeating it.

2. He Might Be Bad With Names, But Wants to Remember Yours

Some folks use special tips and tricks to help remember the names of people they meet, especially when they’re meeting a lot of people at once.

If he’s not the best at remembering names, he may say it more than normal the first time you meet or hang out, especially in a group setting. He is interested in you and wants to remember your name, so he’s trying to make up for his natural name-forgetting habit by repeating it a lot.

If he’s taking the time to commit your name to his memory, he’s interested in getting to know you.

Suppose you spend time with his friends or family. Two things might happen if you notice he says your name more than usual in those settings.

He might not make a formal announcement and present you to the group, but by using your name in conversation more than usual, he’s helping the people who are important to him remember your name. It’s also a signal to them that you’re important.

Sometimes we use someone’s name to show interest in them.

We use their name pointedly – maybe we even say it slowly with a smile. Regardless, it could signify flirting and romantic interest if he is using your name a lot.

If he’s being sultry and seductive when he uses your name, he is probably trying to make you blush or see if you are interested in him back.

He is trying to get your attention by using your name pointedly like this. He wants you to take notice of his repetition and react to it.

4. He Might Be Using It To Get Physically Close to You

This is another flirting tactic that’s great in crowded or loud settings.

If a guy comes over and asks your name, he may keep asking and repeating it a few times. Why?

When it’s hard to hear, you lean into the other person. By asking your name several times, he can get close to you and have you speak in his ear.

This may be true if he also asks more about your name, like how to spell it or what it means. This is an easy way to keep a conversation flowing and to show the other person you are interested in them.

Just ensure you aren’t giving out your full name to any random stranger. Be careful out there!

When we are attracted to people, we have physical reactions to them.

They’re usually pretty subtle, and we don’t even realize we do them. For instance, if you’re attracted to him, you may blush or touch your hair or make your body language more open.

If you’re together or have been flirting for a while, he may be saying your name in a certain way that only he does. He may hope that his tone of voice will be familiar to you and make you blush.

By doing this, he is trying to see if you are still interested in him or to make you smile.

So if he calls your name to get your attention, he may also like how you react or the slight blush you get when he says your name.

6. He Wants to Get Your Attention

In conversations, using someone’s name is a way to bring them back into the conversation and show interest. If he’s calling your name from across the room or using your name in a group setting, he’s trying to bring you in and include you.

Calling out your name is also a sign that he wants to know your specific answer to a question.

If he says something like, “Hey, Jane, what’s the best place to get a burger around here?” he is signaling that he wants your opinion.

By using your name, he’s not only getting your attention but also signaling that he’s giving you attention. He may also be using it to pick you out of the crowd.

If someone else has asked about the best burger place, if he says, “Hey, Jane hasn’t said her favorite spot,” he’s showing that he wants to include you in that conversation.

Charming and charismatic people do many things—intentionally or unintentionally—to make people like them. Using someone’s name during a conversation lays the groundwork for a great relationship.

Psychologist Dr. Lindsay Henderson told Bustle, “We feel validated when a person refers to us by name during a conversation.”

Humans strive for validation, and we are constantly seeking it from other people. That’s why we’re drawn to people who make us feel seen and heard, and when someone uses our name in conversation, we get the feeling that we’re important to them.

Names are a huge part of our identity; as humans, we love it when people remember and use our names. That’s why we’re more likely to use the names of people we like and respond to people who use our names a lot.