Having a guy talk bad about you behind your back is difficult to deal with. It is hurtful and can start to damage your other relationships.

There is almost always something underneath the surface driving this kind of behavior. This is something that you will want to find out to put a stop to it. 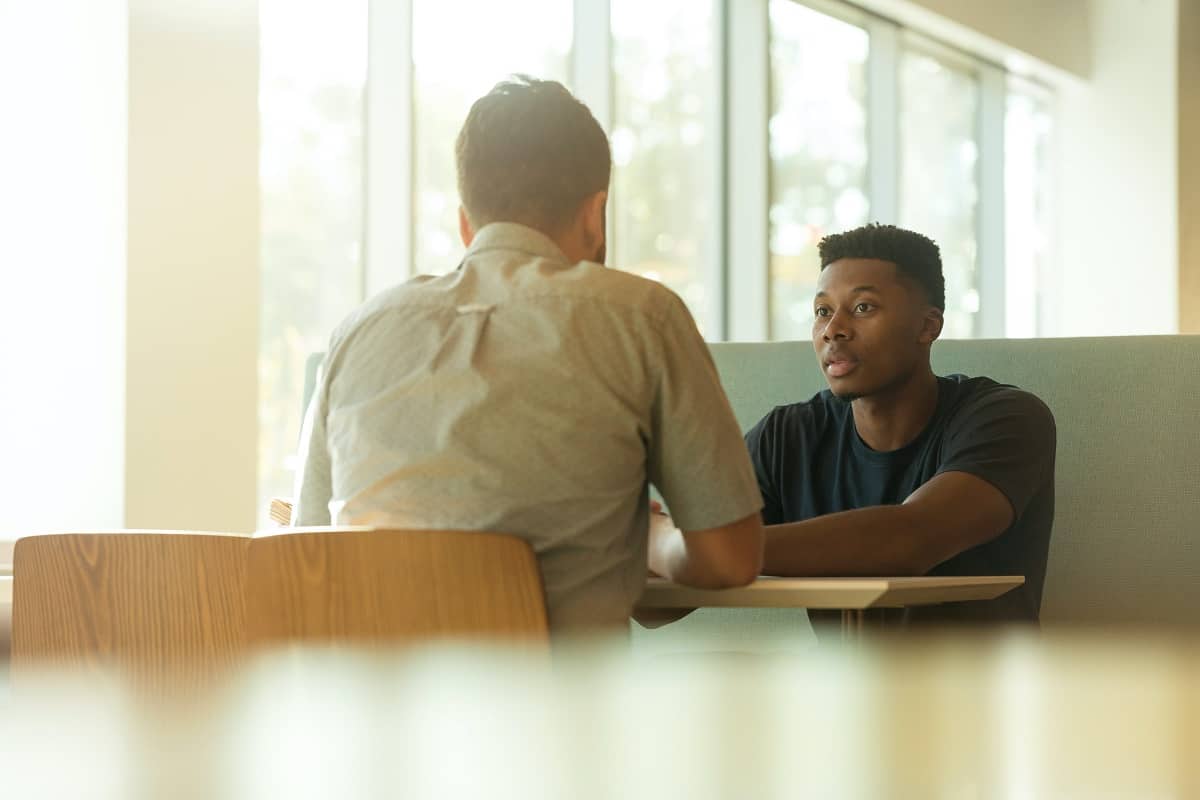 1. He Wants to Get Your Attention

Guys have a strange way of getting girls’ attention sometimes and sometimes stoop to ridiculous levels. Even to go so far as becoming downright immature in how they try to attract your attention.

A guy might talk bad about you because he tries to get you to notice him. This may seem like a counterproductive way of doing it, but it does actually work.

You will notice him if he constantly talks bad about you eventually. This is a very negative way of getting your attention and doesn’t do him justice.

This is very immature behavior and something that should be ignored if possible. A mature man will know that this is not the way to get your attention if he likes you.

There is also very little chance of it turning into anything romantic after he has been bad-mouthing you to other people.

2. He Wants to Control Your Relationships

Men controlling may have the inclination to separate you from your friends and family.

He will talk bad about you or make people think that you are a liar. After a while, he will turn people off from wanting to be around you, and then you are only stuck with him.

This dangerous and manipulative behavior that controlling men will exhibit to get you closer to them.

If you feel that your significant other is controlling you in this way, it’s very important to get away from them or confront them in a safe and public place.

It’s also important to get support from friends and family and ensure that you’re getting your story straight.

You can also seek couples counseling or leave him entirely.

3. He Wants to Damage Your Reputation

They may tell people everything they dislike about you or even what annoys them.

Furthermore, a man might want to ruin your reputation if you have ever wronged him at some point. That doesn’t mean that you actually did anything wrong, but he is holding some kind of grudge.

People can hold grudges for ridiculous reasons. They might also hold grudges for transgressions that never even occurred. Some men might even hold a grudge against you if you rejected them for a date.

Holding grudges like this will inevitably lead to bad behavior. Most likely, to damage your reputation.

4. He Doesn’t Want Anyone to Know He Likes You

This is a defense mechanism to hide our true feelings – usually romantic feelings for a person.

Especially if you are the girlfriend of someone he knows, he might pretend he doesn’t like you to make sure no one knows he has feelings for you. This is trying to throw people off the scent, but it doesn’t work most of the time and just hurts people’s feelings.

If a guy has feelings for you but doesn’t want anyone to know it, he either has some insecurity with himself, you are taken, or it would be inappropriate to date you.

This is something you would see more in high school guys than in adults.

However, if you see this behavior in an adult man, it’s probably best not to date him. Acting as if he hates you even though he has feelings for you is childish.

Whenever we think someone doesn’t like us, we try to beat them to the punch.

This means pretending to hate them first, therefore giving us a hand. While most people will brush off any negative interactions, some will lash out and double down on the dislike that the two of you share.

If a guy thinks that you don’t like him, he might try to dislike you right back.

He may spread rumors about you or just talk badly about you behind your back to “get even.”

This is another childish reason someone might be bad-mouthing you behind your back. It’s inappropriate to respond to someone’s dislike against you with even more anger or dislike.

Especially if the guy doesn’t mind your company but pretends he hates you because he thinks you don’t like him.

6. He Has a Grudge Against You

The most common and popular reason that someone bad-mouths you is that they’re holding a grudge.

We touched upon this before, but the most important thing to remember is that someone who believes you have wronged them might try to get other people to hate you.

They will say everything that you did that they dislike. They will try to tell people you’re not a good person.

If they’re an ex-boyfriend, they might try to tell people you’re a bad partner or a bad lover.

Depending on what kind of grudge he thinks is between you, his dislike will be very small or great.

He may also try to damage your reputation, get people to break up with you, stop being friends with you, or even lower your self-esteem.

If you think that this is happening, try to get to the bottom of it and confront the person, or if you don’t feel safe confronting them, have a third party discuss it with him.