Here’s Why He Follows You on Social Media:

A guy might follow you on social media because he likes you, loves you, is interested in your life, or dislikes you. Some men get obsessed with online celebrities and influencers, while others are just curious or fans of their photography or designs. 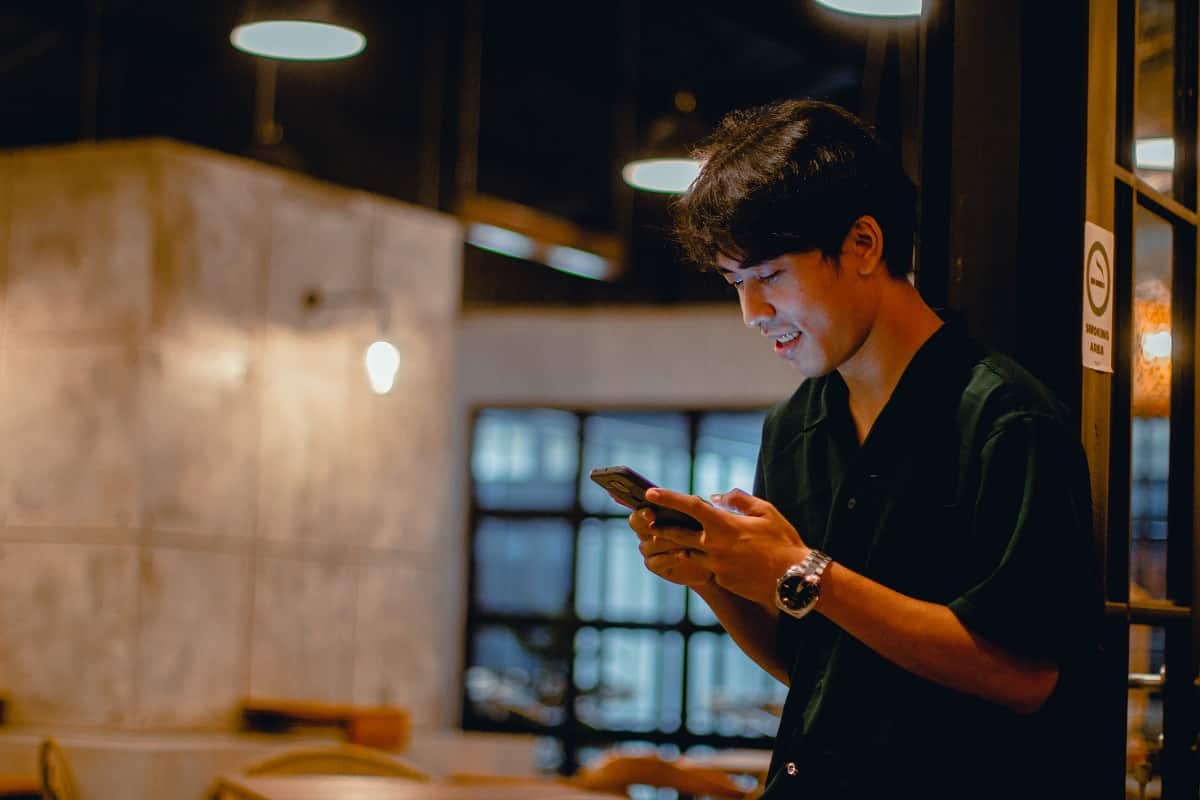 He Wants to See If You Are Single

If a guy likes you, there is a very good chance that he will follow you on social media to figure out whether you are single. The most common place for this is on Instagram, where he may find pictures of you and a boyfriend.

If he is following you because he likes you and wants to see if you’re single, he may try to stay under your radar. This means he won’t like your photos or interact right away.

Once he has decided that you are single, he may start trying to get your attention. He may do this by liking your posts, commenting on a photo, or talking to you directly.

He may not interact on your social media platforms if you are in a relationship. Influencers who don’t want romantic attention will post pictures of themselves and their partners, which is a clear sign that you are not available.

He is Too Shy to Talk to You Directly

Social media is a great way of getting back into contact with people that you used to know.

If a guy used to like you, he might now see his opportunity to make the first move. Maybe he is someone you went to school or college with, or he is an old coworker.

It is common for men that might have known you at some point to become too shy to try to contact you.

They might try to get your attention by appearing on your social media platforms. This could spark your memory of them and start a conversation between the two of you.

A guy might also be too shy to speak to you directly if he is just a shy person. Maybe he doesn’t think you would be interested or is too scared.

Some guys are more scared of rejection than others and may see social media as a great way to start a friendship. Especially if the two of you already know each other in real life.

Another reason why a guy might follow you on social media is that he doesn’t actually like you at all. Though this might seem strange, it is not uncommon for people to keep tabs on the people they dislike.

Maybe the two of you used to date, and things didn’t end well, or he asked you out, and you rejected him. These slights might have been enough to make him dislike you as a person so much that he wants to keep an eye on you.

He may also just not like you as a person, even if the two of you were never romantically involved. This same principle can apply to coworkers, classmates, or friends.

This is not extremely common, but it is possible that he might be following you because he doesn’t like you. Maybe he wants to criticize your life and what you are doing, or he gravitates towards things that make him mad.

For example, women who think certain men are creepy might keep an eye on their whereabouts on social media. Did they move back to your hometown? Are they dating someone you know?

Knowing where people are in life is a great way to keep up friendships, but also to keep your distance.

He Likes to See Your Pictures and Selfies

He may like this because he has feelings for you, or he finds you attractive. It is not uncommon for men to follow women to appreciate their photos and selfies.

Men love to admire beautiful women, and social media has given them an outlet to do this without appearing creepy. They can follow multiple beautiful women online without feeling creepy or invasive.

However, if it makes you uncomfortable, you can always set your accounts to “private”.

A guy may start to follow all of your social media platforms because he is interested in your life.

This could have to do with romantic feelings, or if you’re coworkers or classmates, or even just friends.

Lots of friends who lose touch keep an eye on each other’s socials to see how they’re doing.

If this is the case, he may comment or like your posts and photos, expressing his excitement for you. He may interact with you, but he should never take it too far.

Some men might just follow you to admire your life from afar and never interact on your social media accounts.

He is Obsessed With You

One reason why a guy might start to follow all your social media accounts is that he is obsessed with you. This is every woman’s fear when it comes to putting herself online.

It is rare when a guy takes admiration too far and becomes utterly obsessed with the woman that he is following. This could happen slowly or in an instant. Some men may struggle to separate fantasy from reality and feel romantically attached to women they’ve never met. Or he may feel entitled to your attention and affection.

This can be a very frustrating issue to have to deal with, but it should not be taken lightly. No matter how he may act, if he is obsessed with you, it could quickly become dangerous.

Men who are obsessed with women that they follow online could easily take their obsession into the real world. If this happens, you should be ready for every precaution available to stay safe and protect yourself.

He is in Love With You

One of the most common reasons why a guy might start to follow all your social media is that he is in love with you. This is very common if he knows you personally and has developed strong feelings for you.

He may follow you online to get your attention and talk to you. Interacting on social media doesn’t feel as intimidating as reaching out in person.

He may not even know you but has fallen in love with your online presence. This can definitely happen even if it may have started out as a physical attraction – or if you are a celebrity.

If you share your life on social media, there is always the chance that a guy might fall in love with you.

Following you on social media may be his way of trying to get noticed by you or form a reason to reach out to talk to you.

He Thinks That You Are Attractive

If a guy has started to follow all your social media accounts, there is a good chance that he is attracted to you.

If you find that a guy is liking everything you post, he may find you attractive. If he is particularly eager, he may even leave comments calling you beautiful.

Though it may be harmless, this can quickly start to feel very creepy if he is too active on your accounts. That is why guys should be careful when it comes to how they interact with women online.

Even innocent compliments can become very creepy if they are said too frequently in combination with other things that he may be doing.

Women who have an issue with men behaving this way towards them online should be very careful and block those men when necessary. Attraction can too easily turn into an obsession.

However, if the attraction is mutual, you can always reach out to him, too!