We’ve all been in this situation.

We’ve been texting with a guy for days, the conversations are going well, and suddenly his responses dwindle down to just one word. Then one day, he replies with just “OK,” and now you’re wondering what this means.

It’s hard to interpret text messages and figure out their sentiments.

What does it mean when a guy texts back with just one word or “OK”? Let’s find out.

Here’s Why Guys Answer texts With Just One Word: 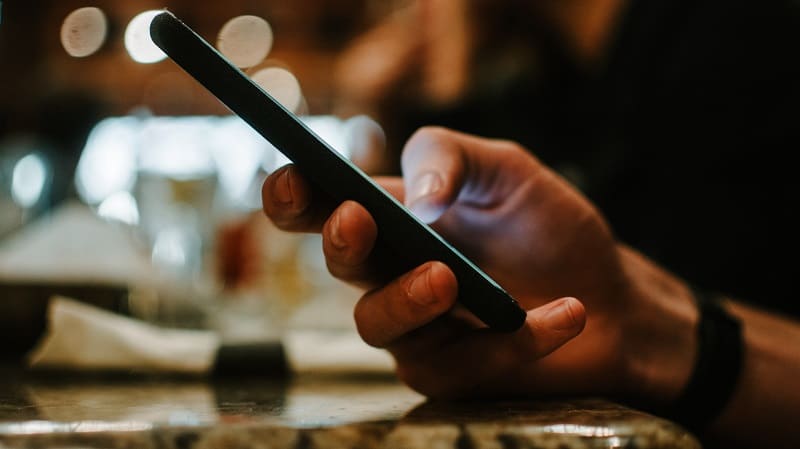 It can be hard to decipher the sentiments of each text message, which might make you wonder what guys mean when they reply with just “OK.”

Why do they text back with just “OK”? Here are the main reasons:

When a guy is busy, he normally does not reply, but he limits his text messages to just one-word replies when he does.

So when you tell him something, and he happens to be busy, he may reply with “OK.”

This can happen if he’s preoccupied with work, errands, chores, or something else. In this case, this isn’t something to be concerned about.

Replying with just “OK” is his way of acknowledging your message. It’s his way of telling you that he’s busy, but he got your message and will text you once he’s available.

How Fast Should A Guy Text You Back? Let us explain!

He’s Not in the Mood to Talk to You

If a guy is not in the mood to talk, he may keep his replies short instead of not texting you back at all.

When guys are in a bad mood because of work, personal problems, or something else, they tend to shut people out.

If you’re the reason for his bad mood, he probably didn’t want to talk to you because he’s afraid of saying something that he might regret in the future.

He may be trying to clear his head so that he can speak rationally to you once he’s ready to talk.

Otherwise, could be feeling frustrated, angry, or sad about something else.

Even if you didn’t cause this, he might not be in the mood to talk because he doesn’t want to project his negativity onto you.

So if you text him at a bad time and he replies with just “OK,” don’t take it personally. Simply let him be and give him some space.

Let him clear his head, think things through, and just wait for him to reach out to you.

It can be obvious when a guy is not interested in the topic or in what you have to say.

Because he doesn’t want to be rude, he would just text back with “OK.”

This can happen if you’re droning on and on about something, and he’s starting to lose interest in the conversation.

Since he doesn’t want to hurt your feelings, he would still reply to you. He’d respond with “OK” just to acknowledge what you said.

You can try switching to a different topic if this is the case. Talk about something you know he’s interested in and see if that changes the pace of the conversation.

Read also: Is Texting Back Fast Attractive Or A Turn-Off? We Explain Here!

This is the most common reason guys text back with “OK.”

They answer with just “OK” if they’re saying yes or agreeing to what you said, but they don’t have anything else to add to the conversation.

Of course, it depends on the context of your message.

If you text him something like “See you at 8 pm!” or “Can I borrow your sweater?” or “Let’s have dinner at that new Japanese restaurant tomorrow!”, then he’d say just “OK” if he’s saying yes and doesn’t have anything else to say to you.

So before you wonder what his “OK” means, check the context of your last message to him.

Do Guys Really Mean “Yes” When They Reply With An “OK”?

In general, guys do not like being misinterpreted. When they say something, they usually mean it.

When guys reply with an “OK,” they usually mean “yes,” or sometimes, it’s a form of acknowledgment of your message to them. It depends on what your message is about.

If you ask him a question or if you’re making plans with him, he replies with an “OK” to say “yes” or to confirm. He would text back with an “OK” if he had nothing to add to the conversation.

It could also be his way of acknowledging you. This usually happens when he’s too busy to text you back, and you just sent him a long text message about something.

He would reply with an “OK” to let you know that he has read your message, but he’s too busy to say anything else.

In this case, you can expect him to text you once he’s free so he can continue that conversation with you.

How Do You Respond To A Text Just Saying “OK”?

When someone texts you back with just “OK,” it may feel like they’re cutting the conversation short. So what is the appropriate response to this?

The answer is none. In most cases, you do not respond to a text just saying “OK,” which is completely fine.

Given the main reasons, he’s texting back with just “OK,” it’s appropriate not to respond at all.

Whether he’s busy, not in the mood to talk, or not interested in the conversation, it’s perfectly acceptable not to text him back.

If he’s busy, then he will reach out to you once he’s available. If he’s not in the mood to talk, then just give him space, and he will text you once he’s had the chance to clear his head.

If he’s not interested in the conversation, it’s okay to stop responding. He will text you if he wants to talk to you about something.

Or you can switch to another topic and see if that would interest him.

The only time it’s fine to respond to a text saying “OK” is when you’re making plans.

For example, you say, “I’ve made reservations at this restaurant at 8 pm,” and he replies with “OK,” then you can text with something like “OK, see you then!”.

It depends on the context of your message.

Why Do Guys Text You Daily – And Then Stop? Here are 7 Reasons!

Is It Considered Rude To Reply With Just “OK”?

It’s not always rude to reply with just “OK” because it depends on the topic of your conversation.

If you’re making plans with someone and you agree to their plans or ideas, then it is perfectly acceptable to reply with “OK,” especially if you have nothing important to say.

This is not rude. You’re just being straightforward.

However, if someone sends you a meaningful text message, it can be considered rude to reply with “OK.”

If they’re expressing how they feel, sharing a memorable experience, talking about something they’re passionate about, or sharing their opinion about something important, then replying with just “OK” is considered rude.

Why Are Some Guys So Bad At Texting?

Even though texting is the most common form of communication nowadays, some guys are bad at it.

Here are some of the most common reasons why:

There are many other reasons, but it varies from one guy to another.

In general, if a guy is interested in you, even if he’s bad at texting, he will try to talk to you or spend time with you.

Texting Do’s And Don’ts In A Relationship